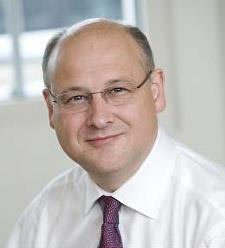 The service of a prohibition notice is a serious matter, and there has always been a right of appeal, albeit to an Employment Tribunal rather than direct to a court.  A recent High Court ruling suggests that the prospect of a successful challenge to a prohibition notice may be better than anyone had previously thought.
An Employment Tribunal has powers to cancel, affirm or vary a prohibition notice.  The legislation states that an inspector’s power to serve a prohibition notice arises when he or she is “of the opinion” that activities present “a risk of serious personal injury”.  At the appeal stage a tribunal must take that opinion into account but is free to make its own findings about the risk in question.
Now it has emerged from a case decided in July called Rotary Yorkshire Ltd v Hague (HM’s Health & Safety Inspectors) that the evidence for a prohibition notice needs to be substantial and not merely that of possibility of danger.  In particular, if in retrospect the risk can be shown to be insubstantial a notice might be overturned.
The company had been served with a prohibition notice concerning a high voltage room containing transformers.  The inspectors found some exposed conductors which they believed, if the system had been live, could present risks of serious burns or death from electric shock.  The company maintained that the system was not live, that the equipment settings showed this to be the case, and the switches were securely locked off.
What the company apparently lacked however – on the day of the inspection – was documentary proof by an HV Senior Authorised Person that the conductors were dead. This was a problem for the company when it appealed against the notice because the tribunal made a finding that the proper approach is to assume that such a system is live unless there is documented and auditable evidence that it is dead.  The tribunal considered there was a remote risk the system could be energised and made live. It upheld the notice, but made a modification to its wording so that it reflected the lack of documentary evidence as the being reason for its being issued.
The company challenged these rulings in High Court.  It succeeded in this further appeal on the basis that the tribunal not given sufficient weight to the facts that (a) there was technical evidence available to the inspectors after the notice was served to show that the equipment signals were reliable in showing the conductors were dead (something they could not have known at the time) and (b) an SAP test the following day confirmed that the conductors were indeed dead. The court’s view was that this evidence showed that the inspectors had been wrong in their belief about the risk at the time the notice was served. It quashed the notice.
A number of significant points arise from this ruling:
€ﾢ A tribunal can apply the benefit of hindsight to overturn a prohibition notice, based on evidence which was not available to inspectors at the time a notice is served.
€ﾢ When the issue at an inspection is simply the absence of evidence proving there is no risk inspectors can be expected to wait a short time for the evidence to be produced.  The judge’s view was that safety could be ensured in the meantime by the use a direction to leave an area or equipment undisturbed (under section 20(2)(e) of the Health and Safety at Work Act).
€ﾢ There might not be a justification for even a temporary measure like a direction:  Intriguingly the judge said “in the case of a respectable business undertaking, advice may be all that is in a given case needed and the issue of a notice may properly be regarded as unnecessary.”
The case does not mean it is now open season for appeals, but it will certainly make inspectors think very carefully how they frame their written reasons for serving prohibition notices, and the judgement offers encouragement to aggrieved organisations to challenge notices which affect them adversely. Many practitioners will be interested to see if in future the ‘responsible business’ argument persuades inspectors to refrain from formal action in these situations.

Listen to the 'Wellbeing by numbers' webinar on-demand
Challenging a prohibition notice Mark Tyler, solicitor and managing director, Salutaris Legal: A recent High Court ruling suggests that the prospect of a successful challenge to a prohibition notice may be better than anyone had previously thought.
Safety & Health Practitioner
SHP - Health and Safety News, Legislation, PPE, CPD and Resources