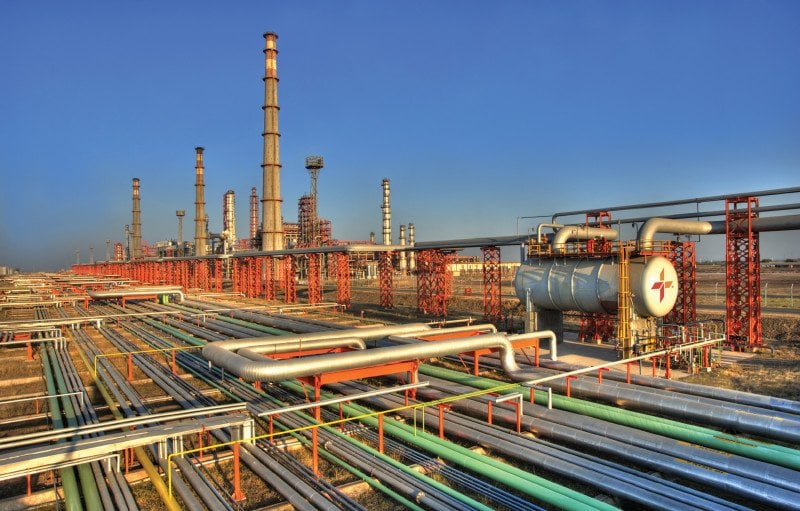 Image shows a partial view of an Essar refinery at Vadinar, Gujarat, India

Essar Oil UK Ltd has been fined £1.65m following an explosion, which caused more than £20m in damage, at its Stanlow refinery in Ellesmere Port.

Liverpool Crown Court heard that while there were no injuries, the blast from the early hours of 14 November 2013 caused internal structures to collapse.

The industry should take notice of this case, there were no injuries but mistakes were made and could have been prevented.

Problems started at the site during the start-up of its main distillation unit, when extremely flammable hydrocarbons were allowed to enter an unignited furnace. The heat from another furnace nearby triggered the explosion which destroyed the furnace, starting a number of fires which the Fire Service had to safely bring under control.

The incident was reported to the EU as a major accident under schedule 7 of the Control of Major Accident Hazards (COMAH) Regulations 1999.

A Health and Safety Executive (HSE) investigation found that Essar Oil UK Ltd failed to take all measures necessary to prevent or mitigate a major accident. There were three key failings in this case;

Essar Oil (UK) Ltd of the Stanlow Manufacturing Complex, Ellesmere Port, pleaded guilty to breaching Regulation 4 of the Control of Major Hazards Regulations 1999 and was fined £1,650,000 with costs of £57,644.80.

Speaking after sentence, HSE Principal Inspector Joanne Eccles said: “The industry should take notice of this case, there were no injuries but mistakes were made and could have been prevented”.