The operator of a fishing vessel which lost a crewman overboard has admitted health and safety offences. 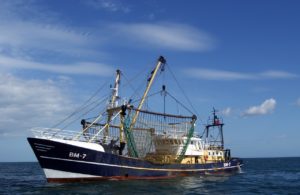 47-year old Annang Neurtey was lost at sea after he was struck by a wire on board the 20 metre trawler, Aquarius. The boat had left Aberdeen Harbour just before 1am on 17 August 2015 to return to fishing grounds.

A wire that had been paid out behind the vessel became snagged on the seabed and a rope intended to stop the wire snapped and released the wire which struck Mr Neurtey. He was propelled overboard by the impact.

The incident was investigated by Police Scotland and the Maritime and Coastguard Agency.

The investigation found that the company had failed to carry out a suitable and sufficient assessment of the risks involved in the task of marking the trawl wire. They had also failed to properly plan and supervise the task and ensure that there was a safe system of work in place.

Alistair Duncan, Head of the Health and Safety Investigation Unit, Crown Office, said: “The company’s failures lead to the death of Annang Neurtey. His family and friends must live with the consequences of those failings. This sad incident should serve as a reminder to vessel operators and the fishing industry that they should ensure that they are familiar with and adhere to the regulations and that failure to do so can have tragic consequences.”