A co-pilot has been jailed for 10 months after attempting to fly a plane when he was nine times over the legal alcohol limit. 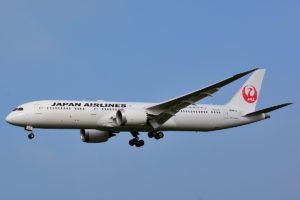 Katsutoshi Jitsukawa was arrested at Heathrow Airport on 28 October after trying to get into the cockpit of a Japan Airlines flight as a first officer.

Judge Phillip Matthews condemned Jitsukawa, 42, saying the prospect of him flying the Japan Airlines (JAL) plane was “too appalling to contemplate.”

Security staff intervened after realising he was not fit to fly, with officers noting his “glazed eyes”and catching a strong smell of alcohol. One officer said the co-pilot had “difficulty standing straight.”

He was challenged by colleagues, and said he had been drinking whisky the night before but had already passed a breathalyser test. He was then found in the plane toilet gargling with mouthwash.

His preliminary breath test found him to be more than 10 times the limit, with 93mg of alcohol per 100ml of breath. The legal limit is 9mg.

The plane, which was meant to depart at 6.50pm, left after a 69-minute delay.

He pleaded guilty at Uxbridge Magistrates’ Court on 1 November and was sentenced at Isleworth Crown Court on Thursday. He has also lost his job.

In mitigation, Jitsukawa’s lawyers said he was the sole carer of three young children and had dreamed of being a pilot since he was a boy, but the reality of long-haul flying had affected him.

Bill Emlyn Jones added: “He said he became unhappy, suffered with sleeplessness, started feeling depressed. It would seem he used alcohol as a means of self-medication.”

Judge Matthews added: “You are an experienced pilot but you had clearly been drinking for a long period up to a time shortly before you were due to go into that plane.

“Most important is the safety of all persons on board that very long-haul flight, potentially 12 hours or more, their safety was put at risk by your inebriation and drunkenness.”

Get your free copy now
Drunk Japan Airlines pilot jailed for 10 months A co-pilot has been jailed for 10 months after attempting to fly a plane when he was nine times over the legal alcohol limit.
Alison Fava
SHP - Health and Safety News, Legislation, PPE, CPD and Resources