Nick Warburton is former editor of SHP Magazine. He is currently working as a freelance journalist and as an account manager at Technical Publicity.
November 6, 2015 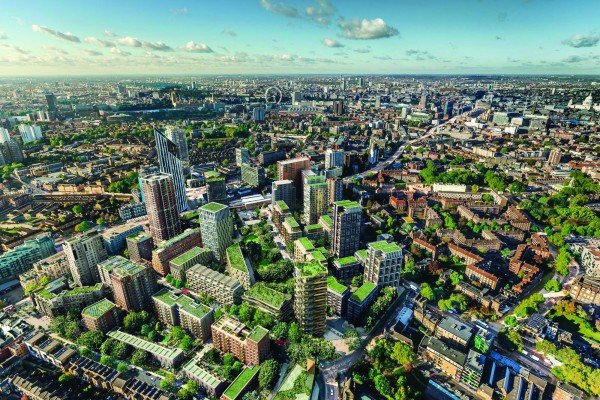 Developer Lendlease has partnered with Southwark Borough Council to regenerate the Heygate Estate and two other sites at the Elephant & Castle and create a new sustainable community. Al Beevers explains the vision and the safety challenges. Interview by Nick Warburton

Lendlease is no stranger to large urban regeneration projects. In its native Australia, the developer has partnered with the New South Wales government to create what it claims will be the country’s first carbon positive community at Barangaroo in Sydney.

Its first foray into the UK market was the Bluewater shopping centre in Kent but more recently Lendlease has been the mastermind behind the International Quarter in Stratford, East London – the UK’s largest new commercial development.

However, it is Lendlease’s role as a key developer in the regeneration of the Elephant & Castle, once dubbed the ‘Piccadilly (Circus) of South London’ before the Blitz blew away much of its history, which is arguably the most heralded.

Dominated by the former Brutalist Heygate Estate and its iconic, yet deeply flawed, shopping centre, Europe’s first covered shopping mall when it opened in 1965, the Elephant & Castle has suffered from decades of decline despite its close proximity to central London.

While the developer Delancey plans to redevelop the shopping centre and construction cranes from other firms can be seen in the locality, Lendlease’s track record in urban regeneration helped it secure the contract from Southwark Borough Council in 2010 to redevelop 28 acres of land across three sites.

“The strategic drivers for Lendlease doing this are that when we redevelop a landscape, we can do it far more sympathetically and add a lot more value to the local community rather than putting a block here and a block there,” explains Al Beevers, the EH&S manager for the developer.

Aside from One The Elephant, a 37-storey tower with 284 homes, and Trafalgar Place, a site adjacent to the former Heygate Estate that houses 235 properties, the main site for the redevelopment will be on land where the infamous estate once stood before it was finally demolished in 2014.

“The Heygate Estate was predominantly residential and we are bringing in more shops and community spaces and trying to turn it more into a community for residents than a huge residential block,” argues Beevers.

Lendlease and Southwark Borough Council have plans to build close to 2,500 homes on the land, alongside new health and leisure facilities and 50 retail outlets. A new park will be sited in the heart of the development and the developers are looking to plant around 1,600 new trees in and around the development.

“We are not offering a quick redevelopment of one area and then walking away,” explains Beevers. “We are in it for the long term so we have to be very much aligned to our partner, the council.”

When Southwark looked for a regeneration partner, one of its main conditions was that each of the three sites should create thriving and sustainable communities. This is one area in particular where Beevers believes Lendlease can make a significant impact.

“Globally, we are concentrating on urban regeneration schemes,” he insists. “Looking at the centralised energy centre and the district heat network, which will be installed, nobody would put one in if they were building one block of flats or a commercial development.

“But because we’re here for the long term, we can do that. It’s got a huge benefit in terms of providing low carbon energy and we do seek to be a climate positive development under the C40 Cities Climate Positive Development Programme.”

Beevers explains that, for practical reasons, redevelopment over the three sites will be completed in stages between now and 2025.

“Putting on my safety hat, we can’t get thousands of construction workers working safely across this park all at the same time, so we are delivering it a few hundred homes at a time,” he says.

At this point in time, only two stages are currently in construction phase. One The Elephant should be completed in 2016 while Trafalgar Place, which was finished earlier this year, is nearly fully occupied, says Beevers.

A further 1,000 homes will be in construction by the end of this year, while 25 per cent of the scheme will be delivered as affordable housing.

For such a gargantuan project, there are inevitably significant safety challenges. Surprisingly, as Beevers points out, one of the biggest is the legacy of the London Olympics.

“That really did raise perceptions of health and safety and what could be achieved,” he explains. “It was done on a globally important project that had significant government backing.

“[But] we have a front-end workforce for our supply chain and they’ve come from the Olympics to working on a project that is large unquestionably but happens to be funded and delivered privately with many different underlying drivers to it.”

Beevers argues that at Elephant & Castle, Lendlease has been able to not only replicate but move beyond the health and safety standards at the Olympics all the while being constrained by other drivers.

“Lendlease is the client, the contractor, the principal designer, so we’ve really got to look a lot more inwards about what our vision is,” he explains. “Globally, the standard is that we want to be incident and injury-free but what does that mean?”

As the main contractor, Lendlease has shifted its focus on to the areas of safety that would hit the developer hardest in terms of major accidents. In this respect, Beevers says that Lendlease is investigating near misses far more rigorously. Earlier this year, it ran a special focus on the hazards presented by tools dropped from height.

“We’ve had a couple of proactive stand downs,” he says. “Not that we’ve had incidents, but we’ve engaged with the supply chain to look at better ways of managing tools at height.”

Beevers explains that Lendlease will only work with partners or clients that share its values on safety. Sometimes, this can cause a little friction but the developer is adamant that safety comes first. He gives an example of how safety is built into the design stage.

“The architect’s vision for our energy centre was to have spiral staircases to access the second floor above a cafe. Such staircases present hazards for users carrying trays – but are also technically more hazardous to construct. As principal designer, we couldn’t accept passing this risk on to our construction teams, so we insisted on a simpler approach.”

“In a way, it’s a great place to be from a safety position,” he continues. “We are the client, we are the contractor, and we have design teams managing designs. If we can’t get it right when we are every party, we make all the decisions and own all the money, then nobody can get it right.”

Occupational health is also an important consideration in the regeneration programme. The team has replicated the occupational health standards from the London Olympics but, as Beevers explains, it has been done through a separate mechanism.

“We have had to pay for an increased occupational health presence on site to get the same level because it is expected now but we’ve had to ask our supply chain to contribute to make sure that we have it at the front end,” he says.

“We have asked occupational health to walk the park and educate the workers as they are doing the tasks and really seeing how those health risks are being managed on site.”

One of the big modifications that Beevers is doing, he says, is to give a lot more support to the development teams – rather than the construction teams.

“Traditionally, safety has been boots on the ground, almost stopping things happening half an hour before it happens,” he says. “We are doing a lot more support of the client in the development so that we can plan and engineer these things out at the design stage or further back when we set up the deal.”

Beevers argues that by focusing on the early development stages, Lendlease can prevent many of the problems arising further down the line.

“We can stop safety issues around not having enough money or having timescales that are too rushed very early on by setting out our stall and saying, ‘We’ll only do it if we can implement at least our minimum standards, which are above UK standards’,”
he argues.

“There is always a cost premium on that but it’s better for the development teams to have those conversations early and walk away before we get to a place where we are rushing and we are putting construction workers under pressure.”

Going forward, Beevers explains that the project’s main focus over the next quarter will be on observations and how they can be improved. Rather than using observation cards, they have begun implementation of an app that workers can download on to their smart phone and use to raise an issue with construction managers.

“Observations are vitally important and we ask workers to look out for safety issues,” he explains. “Unfortunately, on a busy project, everybody is too busy to write that down and so we’ve invested in an app. You just take a picture of an issue, select from the drop down where it is and what it is and it will go to the construction manager’s desk.” 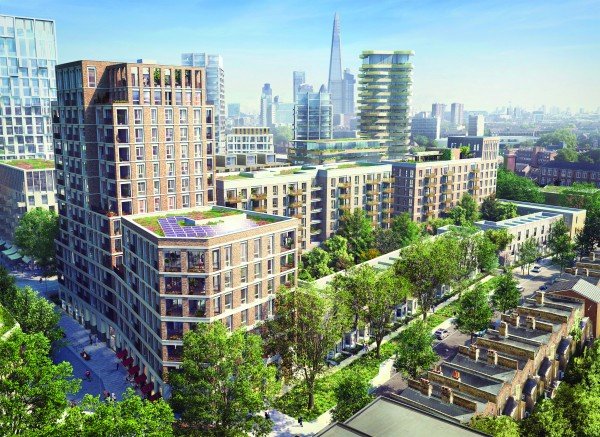 Construction managers are also being armed with I-Pads in a drive to get them out on site more often.

“The thinking is that if they are sitting there in the office, they can’t help with safety on the front-line,” he says.

“They are number crunching. It’s hardly more expensive and once they have the I-Pad, they can be out in the field. They can look at plans and deliver the project.”

As well as pushing forward on the technological approaches, Beevers also wants to engage better with existing and new supply chains.

“Our supply chain has a lot of the answers,” he argues. “One supplier makes concrete frames, for instance, and they know the safety risks better than we do. Therefore, we listen and take their ideas on.

“It’s certainly moved beyond the days of ‘we are the main contractor, we know best for health and safety and you will follow our procedures’.”

Beevers returns to his earlier point about moving the safety focus away from being purely at the construction end and getting everyone on board for the preliminary decisions.

“There are some challenges because there is a lot of ownership with the construction teams for safety,” he admits.

“They may feel that their influence is being diluted. It’s not. It’s about having more accountability as a client.

“The CDM regulations really support that because they are much more about what the client does.”

How to protect workers against Avian Influenza

Paris 2024: ‘Past and present Olympic construction fatalities indicate we still have a long way to go,’ says health and safety expert