Dr Tim Marsh PhD, MSc, CFIOSH, CPsychol, SFIIRSM is MD of Anker and Marsh. Visiting Professor at Plymouth University he is considered a world authority on the subject of behavioural safety, safety leadership and organisational culture. As well as many of the world's most recognisable industrial names Tim has worked with diverse organisations such as the European Space Agency, the BBC, Sky TV, the RNLI and the National Theatre in his 25 year plus consultancy career. He has key noted and chaired dozens of conferences around the world including the closing key note at the Campbell Institutes inaugural International Thoughts Leaders event in 2014. He has written several best-selling books including Affective Safety Management, Talking Safety, Total Safety Culture, the Definitive Guide to Behavioural Safety and Organised Wellbeing. Previously he led Manchester Universities ground-breaking research team into behavioural safety methodologies in the 1990s.
June 10, 2018

How can we ensure workers are alert and able to operate safely, asks Tim Marsh, Managing Director at Anker & Marsh.

The world of safety excellence has moved greatly towards a proactive mindset in recent years as technology has improved.

On the road, for example, we’re encouraged to follow some simple, proactive rules: always assume that everyone else is a drunken idiot, give yourself the time and space to deal not only with your mistakes but also the mistakes of said drunken idiots and finally, only do things you know are safe rather than think are probably safe. Every time you do a ‘probably safe’ maneuver you roll the dice and that ‘snake eyes’ will come up sooner or later.

It’s not a complicated list to work to for anyone half alert – so be alert as your country needs lerts, as the old joke has it! Traditionally, the safety approach was to exhort people to make sure they were paying attention at all times. After all, nearly all accidents and incidents can be avoided it people just focussed, stopped faffing about and bloody well paid attention for heaven’s sake.

Recent developments in Human Factors work have taken a more constructive approach to alertness and my recent book, ‘A Handbook of Organised Wellbeing’, describes a holistic human factors model that has already been adopted by several international companies.

It describes how being alert at any given moment is a factor of several inter-related and overlapping factors with several of the most important being largely, or even fully, in the hands of the employer in ways that many employers don’t fully appreciate. Importantly, because they don’t fully appreciate this they often don’t do anything about it either pro-actively or even reactively.

It’s said that ‘culture eats strategy, tactics and training for breakfast’ and that company cultures can be anything from empowering through to toxic, and working in the latter is incredibly stressful and tiring. 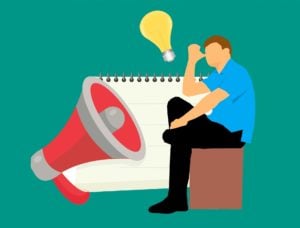 On a day-to-day basis, however, the best companies ensure, for example, that staff have the right level of autonomy (enough but not too much for that individual), know where the tasks they are undertaking fit in to the bigger picture (because traction is energising) and have the chance to grow and develop safe in the knowledge that effort will equal fair reward.

In short, it’s about striving to ensure that there are no squares crammed into circles by utilising quality dialogue which allows for tailoring and tweaking of the person’s role. Easy to say, but it of course needs lots of effort and thought.

Research based on James Reason’s hugely influential ‘Just Culture’ model shows that, when analysed objectively, about 90% of ‘poor’ behaviour in the workplace is triggered by the organisation’s culture or the way the job is set up or resources.

More specifically, companies know that the key issue is what is known as the quality of “leader: member exchange” in the textbooks or phrased as ‘just how much of a total b*&*&d is my boss?’ in the typical canteen.

We’re not very good at this in the UK, with our engagement and productivity levels 20% behind the G7 average (and falling), and this almost perfectly mirrors figures regarding our (lack of) investment in soft skills training such as how to give feedback, motivational interviewing, other coaching techniques, assertion and listening skills.

Surely there’s a win/win staring us right in the face here?

Home life isn’t something the organisation can concern itself with directly and nor should it. However, the best Employee Assistance programmes are open to family members too and counselling will be needed far less often in families where a parent doesn’t come home exhausted, frustrated, upset or traumatised. Here we can talk conceptually about virtuous and viscous circles or more directly just remind ourselves that ‘crap runs downhill’.

Addressing one of the key interfaces between work, home life and mindset, studies show that people only really worry about money when they haven’t enough and worry is both tiring and distracting – especially when we’re doing something we can do largely on automatic, like driving and operating machinery we’re used to. Many organisations have recently taken to running ‘money management’ workshops and report two consistent findings: more people turn up than they expected and more of those who turn up find them more useful than they expected.

In terms of personal health habits, providing free fruit in reception and subsidised gym membership certainly can’t hurt, but studies by Vitality and others show that what really drives healthy behavior is not the knowing what’s good for you (we all do already) but being facilitated to be able to change habits.

People use a gym and/or meditation class on site and ride to work when there’s somewhere to store their bike in a safe dry place. Give out free FitBits and charity donations to the team/ department that takes most steps and they walk more. Even more important, studies show, is a metric that senior management take seriously of how many employees have taken up the initiative. It was, of-course, ever thus.

The best sleep quality workshops, for example, use data and illustration to engender discovered learning moments. (‘Really?… as bad as that!? bloody hell!’). But they then, of course, talk people through practical ways how to achieve a good night’s sleep. Then we need to consider shift systems where analysis, physiology and business imperative really collide. Again, a clear holistic, coordinated win/win strategy must be central.

I once had a very interesting discussion with the employers of a household name fleet who had a series of accidents around shift changes. ‘But we’re within EU guidelines’, they protested… and we then had a very interesting conversation about where EU guidelines and millions of years of evolutionary physiology collided. Then we moved onto their remarkably relaxed attitude to the second jobs many drivers took to top up their barely adequate wages.

There were times when they were really short of lerts.

The key lesson of Human Factors research is that problems are typically caused 10% by the person and 90% by the environment and employers control huge amounts of that environment. Spotting where we’ve pushed physiology too far and where false economies are occurring – or working out how we can make subtle changes that really help requires objective analysis, smart data and dialogue. If those fancy innovations are good enough for Google’s employees – they’re good enough for yours too.

Discover how you can take control here.