Jamie Hailstone is a freelance journalist and author, who has also contributed to numerous national business titles including Utility Week, the Municipal Journal, Environment Journal and consumer titles such as Classic Rock.
September 11, 2018

The trade union Unite has called for an immediate criminal investigation into the key individuals involved in the collapse of failed construction giant Carillion. 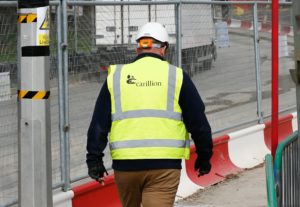 Carillion collapsed with in January with debts of more than £1.5 billion.

At its height, the construction giant directly employed more than 20,000 people and had a strong record on health and safety.

“Eight months after Carillion’s collapse the Insolvency Service is only just beginning to investigate if laws were broken,” said Ms Cartmail. “This is simply too little too late.

“There must be an immediate criminal investigation into Carillion. And we the trade union movement must lead that call. If no laws were broken, then we need, better, stronger laws.

“The Government and other organisations are treating Carillion’s collapse as business as normal,” she added.

“There is nothing normal about the biggest corporate collapse in the UK’s history.

“While thousands of workers have been thrown on the scrapheap, those responsible for driving the company into the ditch, have dusted themselves off and started again as if nothing had happened,” she added.

A report published by the TUC yesterday warned an “always-on culture” was putting pressure on workers, who are often standby without being paid.

And Shadow Chancellor John McDonnell is expected to address the TUC Congress later today (11 September) and promise that “gig economy” workers will get sick pay, parental leave and greater protections against unfair dismissal under a Labour government.

“Just because you don’t work regular hours doesn’t mean you can afford not to work when you are sick,” Mr McDonnell is expected to say.

“Just because you work several jobs doesn’t mean you can afford to lose one of them without warning.

“Just because you value the freedom of independence or the convenience of flexibility doesn’t mean you have to forgo basic rights,” he will add.