Ian King, COO at Zeroignition, discusses essential fire safety considerations when converting the use of a building from commercial to residential. 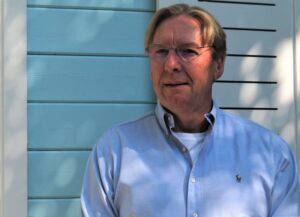 Long before the outbreak of COVID-19, office-to-residential conversion projects were popular options for developers, keen to optimise the potential of existing structures, before embarking on entirely new projects. In fact, The Local Government Association (LGA) found that these types of conversions already account for one third of new homes being developed in specific parts of the country. One example is Trafford, in Greater Manchester, where during 2019/20 over half of new homes (56.6%) were commercial conversions. And in Harlow, Essex during the same period 36.7% of the projects were office conversions.

A catalyst for change

Since the outbreak of the pandemic, many organisations have seen the cost saving benefits of running a remote business without the costly office overheads. Now meeting spaces used on an ad hoc basis, a couple of times a week, have become the standard requirement, and many high spec offices in some of the most desirable postcodes across the country have been left to gather dust.

This dramatic change in working habits has shifted the focus of many wanting to embark on a conversion project of an existing premises to speed up the profit-making process.

There’s no doubting that making the most of existing buildings will help ease the demand for housing which is continuing to rise. These types of projects could help ease the pressure on the Government to reach their housing supply target of 300,000 homes per year by the mid-2020s, which is looking rather doomed based on current build timeframes.

On paper, this repurposing concept is a brilliant one, and it has the potential to create a positive change for cities where dwellings have been disregarded. We could start to see communities revitalised, as offices become apartment blocks, with local shops underneath.

This rejuvenation of buildings has been helped along by the Government’s relaxation of planning rules when changing the use of existing buildings and this has accelerated the housing process. However, the industry needs to be very careful that this is not taken advantage of by less reputable landlords, looking to make a quick buck. Unfortunately, as SHP has reported, there are property owners who have been tempted to use the relaxed Government regulations to their advantage and convert buildings in a sub-standard way. There’s clearly a temptation to focus only on ultra-low cost options, and consequently disregard the safety and wellbeing of the residents who will eventually live there.

The fire risk in conventional open plan offices is actually minimal. Having been built to meet the specific purpose of an open office space, the main components of the structure including the floors, ceilings, roof, walls and windows will likely be fit for purpose, up to standard, and fire safe.

It is when these areas are divided up into individual apartments that the problems can really start to multiply. And the building can quickly transform from being fire safe, to a serious fire hazard.

This is because, when you re-purpose buildings their intended purpose also changes, and a new and completely different set of fire risks emerge. For instance, when an office building is being occupied within a standard 9 to 5 working day, the fire escapes are typically easily accessible through the open plan space, by everyone in the building. When it becomes residential, it will now be occupied 24 hours a day with people living, cooking and sleeping in the newly converted apartments, with a multiplicity of doors and corridors to navigate between while trying to escape the fire. This was never catered for in the original design of offices.

A systematic approach is key

Fundamentally, as you would expect in a new build project, a system-led fire protection design method should be followed. This covers both active and passive fire protection and involves checking that the specified components work with each other to protect against any fire outbreaks.

If there are loopholes, inevitably people are likely to jump through them, and even one person cutting corners is dangerous. Government standards and regulations need to be strengthened and enforced, on every project, to ensure safe and liveable communities are always the end result.

Repurposing buildings in this way is a very positive step towards making more housing available at speed, while also utilising existing empty spaces, and making housing projects more affordable to complete. But let’s not cut corners. By putting in the place the right processes and checks, and using high quality, fully approved fire rated products in conversion projects, we can ensure residents who eventually live there remain safe and sound.

Click here for more information and to view this Fire Safety eBook
Building safety – A dangerous storm is brewing Ian King, COO at Zeroignition, discusses essential fire safety considerations when converting the use of a building from commercial to residential.
Safety & Health Practitioner
SHP - Health and Safety News, Legislation, PPE, CPD and Resources

Mmm, chicken and egg conundrum or more Humpty Dumpty scenario of expediency simply ignoring the known knowns like, you know, 58% of DSE operators will predictably suffer presenteeism and 20% lost productivity due to over-exposure to their standard, out of the box use of their screens regardless, of any regulations prompting “reasonable adjustments” going back nearly three decades to the 90’s PUWER Act. Perhaps, if the employees started a ground-up “Self-Preservation Society” to drive the reset for Wellbeing or elf-an-safety campaign post coronavirus in the UK like what the DSE operators have done in the US, 2,500 a week making… Read more »