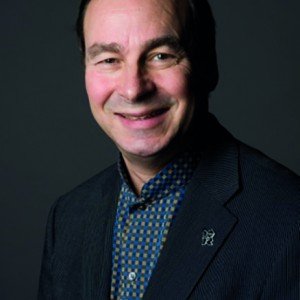 Mike Robinson, chief executive of the British Safety Council, has announced the appointment of health and safety campaigner Lawrence Waterman, as the new chairman of the organisation.

Lynda Armstrong OBE, chair of the British Safety Council since October 2010, will retire on 24 November 2017 after seven years in the post.

Waterman OBE CFIOSH was formerly head of health and safety at the London Olympic Delivery Authority and the Battersea Power Station development, a past president of IOSH, a visiting professor at Loughborough University, and is a founding partner at the Park Health and Safety Partnership.

He was appointed OBE for services to health and safety in the Queen’s Diamond Jubilee Honours.

Robinson said: “We are delighted to welcome Lawrence Waterman to the board of the British Safety Council. He will be joining the charity at a time of significant domestic and international developments and wide-ranging public debates, which present both challenges and opportunities for health and safety professionals.

“Lawrence has considerable health and safety experience and he will help the British Safety Council have its voice heard on key issues and promote our vision that no one should be injured or made ill at work, both in Britain and abroad.

“Over seven years as chair of the British Safety Council, Lynda Armstrong has presided over a period of transformation that has seen the charity became a leading voice of health and safety. We are very grateful for her leadership and hard work in raising the profile of the British Safety Council and promoting the business case for sensible and proportionate health and safety management.”

Armstrong said: “It has been a privilege to serve as chair of the British Safety Council for the last seven years. The organisation has remained as relevant today as it was at its foundation 60 years ago, by growing its reach and adapting to new challenges in promoting health and safety.

“The last years have seen an emphasis on growing internationally, culminating in the establishment of an office in India this year, and an increased effort in promoting health and wellbeing. It is an exciting time for the organisation and it will be a wrench to leave, but I can’t think of a better person than Lawrence to steer the organisation through the challenges ahead.”

Waterman said: “I have had the privilege to act as a trustee to both the British Safety Council and IOSH and I am familiar with the excellent work done by charities committed to making a difference. I am looking forward to taking on the role of chairman of the British Safety Council, which focuses on protecting vulnerable people in the workplace and empowering them to better manage risk, wellbeing and mental health.

“I am also keen to help the British Safety Council develop its new programme in India which, through effective partnerships, will raise health and safety standards in that country. The British Safety Council, together with its member organisations, is a powerful force for good and I am proud to take on a leading role within it.”

As we stumble in to Brexit Lawrence’s appointment is welcome news. We will need his commitment to partnership approach to heath, safety and wellbeing in the workplace to ensure that we do not start a race to the lowest, cheapest standards possible.

Will be interesting to see how, and as importantly, when employers start to address the debilitating symptoms of work stress associated with over-exposure to sub-optimally calibrated DSE interface ergonomics at the root cause of the global pandemic of Computer Vision Syndrome or Screen fatigue, as it is known in the UK, that is anything but a “temporary” visual adaptation or anomaly following the launch of the BSI ISO 45001.