In an impassioned, hard-hitting talk at the Safety & Health Expo today, Jason Anker encouraged people to take responsibility for their own safety when in the workplace. 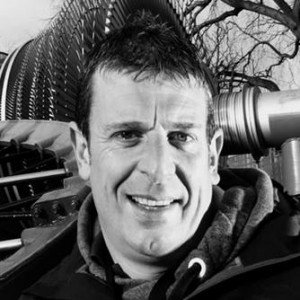 In 1993, Jason was paralysed from the waist down due to an avoidable accident while working on a construction site. While carrying out work to a leaking roof, Jason was asked by a supervisor whether a two hour job could be done in less time. He and his team decided to give it a go. It was a five second decision that has impacted his life for the last 20 years.

While coming down a ladder, Jason fell ten feet to the ground. Although he thought he was only winded, he was unable to move his legs. At the hospital, Jason was initially told he was lucky, he was suffering from ‘spinal shock’ and would regain feeling to his legs. It was only after further tests that he learned the truth – he would never walk again.

Jason uses this personal story to illustrate why people should think more about their own safety and change attitudes towards safety in the workplace. He said his accident should never have happened and that, though he used to believe he just went to work and had an accident, he now accepts it was his own choice that led to what happened. He knew it wasn’t safe to use the ladder, but he didn’t speak up, and now he lives with the consequences.

He went on to discuss people’s perception of safety – how there are those who believe it has gone too far. They cut corners to get the job done. People choose to work unsafely. But Jason stressed that jobs don’t get any less dangerous, they only become less scary the more you do them. It is this complacency that can lead to life-changing accidents.

At the heart of the talk was Jason’s personal experience, which he hopes people will take away and think about as a long-lasting lesson, not something to be forgotten easily. Workers should be thinking about their safety all the time, and moving beyond compliance. It should be something they choose to do, not something they are told to do.

Visit his website for more information about Jason and his company Proud 2b Safe. A video of Jason’s story can be found here.

Listen to the webinar for free
Jason Anker: Choose Safety In an impassioned, hard-hitting talk at the Safety & Health Expo today, Jason Anker encouraged people to take responsibility for their own safety when in the workplace.
Safety & Health Practitioner
SHP - Health and Safety News, Legislation, PPE, CPD and Resources

How to stand out safely this winter