Ian joined Informa (formerly UBM) in 2018 as the Editor of SHP. Ian studied journalism at university before spending seven years in online fantasy gaming. Prior to moving to Informa, Ian worked in business to business trade print media, in the automotive sector. He was Online Editor and then moved on to be the Editor of two publications aimed at independent automotive technicians and parts distributors.
July 22, 2021

Workplace health, safety and wellbeing standards are adapting to a changing environment

The British Safety Council’s Five Star Occupational Health and Safety Audit has been revised and updated for 2021. It now places greater emphasis on assessing how effectively an organisation manages the combined risks to workers’ health and wellbeing, as well as business resilience and recovery.

The Five Star Occupational Health and Safety Audit provides a quantified outcome with detailed recommendations; it goes beyond the requirements of current health and safety management standards such as ISO 45001 and provides a structured route toward best practice status. Undertaking the audit enables organisations to demonstrate their commitment to achieving excellence in health, safety and wellbeing standards.

David Parr, Technical Advisor at British Safety Council said: “The Five Star Audit is a challenging process – the outcome are detailed findings and recommendations for improvement that organisations, who are truly dedicated to worker health, safety and wellbeing, can implement to demonstrate their commitment toward continual improvement.

“In these unique times, effective management of health, safety and wellbeing has perhaps never been more important. The Five Star Occupational Health & Safety Audit is the most comprehensive, contemporary, quantified audit process available, which allows organisations to evaluate their health, safety and wellbeing performance against the latest legislation, recognised standards and best practice techniques.”

British Safety Council believes that no one should be injured or made ill through their work. During times of significant change and uncertainty British Safety Council understands the importance of being flexible and adapting to circumstances to ensure that new risks associated with the changing workplace are addressed.

The updated guidelines can be downloaded from British Safety Council website and include greater emphasis on wellbeing in the workplace, to reflect the risks to workers’ mental health, that a transforming work environment can present.

Organisations who achieve a five-star rating following the audit process are eligible to enter the prestigious, internationally recognised, Sword of Honour award recognised as the ‘best of the best’ in health and safety.

What is the audit process?

David Parr is responsible for establishing all of the British Safety Council’s policies, position statements and guidance documents. From a technical perspective he is tasked with ensuring the content of all products and services is aligned. David was formerly the Head of Audit, but admits, “it’s a bit more of a wider remit now”. “In simple terms,” he continued, “it’s an oversight of all the technical content of our services and products. We set the overall organisational requirements, which is quite a challenge because we have a wide range of products and services, including training, audits and bespoke consultancy.”

David has been with British Safety Council for 17 years, having previously worked in local authority social services as a health and safety manager. “It was a steep learning curve. I was health and safety manager of social services in Lancashire. We had 48 care homes, dementia residential respite care and crisis care support. So, you were dealing with serious incidents and sometimes fatalities on a regular basis.”

David joined the British Safety Council as an auditor and trainer before becoming Head of Audit, a position he held up until March 2018. In that role, David was responsible for the current five-star audit model and headed the team that developed the suite of audit and consultancy products that sit underneath it. In terms of the Sword of Honour and Global Honour awards scheme, David manages the technical side of the process, including question setting, due diligence monitoring and overseeing an independent external body of adjudicators.

In 2019, SHP spoke at length with David to find out more about the process involved… 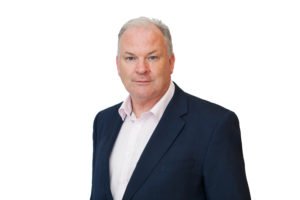 “The five-star audit is unique to the British Safety Council,” explains David. “There are essentially three kinds of five-star audit: occupational health and safety, environmental and process safety. What makes the audit unique is that it is based upon current best practice, and as it is quantifiable, there’s a scored, graded outcome.

“It’s a consultancy audit, so we provide detailed recommendations that organisations can use as their improvement plan. It provides a structured route to best practice status.”
The audit benchmarks a company’s performance against best practice globally and gives an actual quantified scored outcome against that best practice standard. So how does the best practice get determined? “Every year we have a panel of technical experts, both internal and external, who review all the current trends and current global standards,” explains David.

This annual review makes the process very current. For instance, ISO 45001 is already fully and completely absorbed into the specification for the Five Star Health and Safety Audit. One of the main themes within ISO 45001 is top management leadership. “We’ve been measuring this within the five-star process for the past three years anyway,” explains David. “So, it’s very contemporary, it addresses modern workplace issues. We also look at HR issues as well that health and safety can be impacted by or on. For example, psychosocial risk management, such as lone working, stress management, bullying and harassment.”

What’s required of an organisation and what do they get out of it? 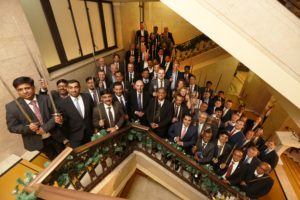 Winners of 2018 Sword of Honour and Globe of Honour Awards

Companies decide to be audited and David reflects that there is quite a variation in the motivation for undergoing the process. Unlike the awards, there is no eligibility criteria for the audit; it’s open to companies of all sizes and sectors.

The outcome ranges from zero star to five star, which is in the best practice bracket. Often companies know they are not at five-star level, but similarly, they know they are not a zero. The audit helps them to understand the current level of their health and safety management systems and arrangements so they can benchmark against others in their sector and plan continual improvement accordingly. There are also organisations with mature systems and arrangements who are looking for external independent recognition and confirmation.

In order to be able to audit a wide range of businesses and sectors, experienced and suitably qualified professional consultant auditors are used, alongside full-time auditors. The benefit of this model is that auditors are appointed in sectors where their expertise lies. These auditors are encouraged to bring their experience to the organisation, making the audit more of a consultative process. Companies are supported and assisted in order to achieve best practice by the auditors, meaning they can implement recommendations in areas requiring improvement which have been identified by the audit process.

“That really challenges us,” says David. “It’s one of the reasons we’ve developed the process safety version. Companies do want to be pushed.”

How does the process work?

“The actual delivery process itself starts with the scoping. We obtain all of the necessary information from the client, from the size of company and any areas they don’t want to audit.
“We look at the organisation and how it is structured. Then we provide a scope based on international guidelines and on our own scoping criteria. The auditor physically visits the company and carries out a documentation review, interviews representatives from all levels in the organisation and samples operational activities.

“The audit itself is in four sections and follows the recognised ‘Plan, Do, Check, Act’ management model. The four sections then break down into a number (56) of different elements under each section. A comprehensive auditor tool (which is confidential to the auditor) is utilised to ensure all the relevant elements are comprehensively examined. The document review, interview process and operational sampling make for a more discursive and open type of audit.”

Section one is related to organisational leadership and structure, the planning part of the cycle. Section two is concerned with implementation and operation (the doing part); section three examines performance monitoring and measurement (checking); and section four covers evaluation, review and continual improvement (the act element). “So basically you’re planning how your systems and arrangements will be structured, how it will work,” explains David.” Then you’re implementing it, checking how effective the system is, and then you’re acting on your identified areas of improvements.”

David estimates that the five-star achievement rate is currently 71%, suggesting that organisations are not only putting themselves forward to be audited when they are confident that they are ready and think their systems are very mature. This evidence suggests that the justification for companies undertaking the five-star audit process is more about seeking external assurance and improvement planning. 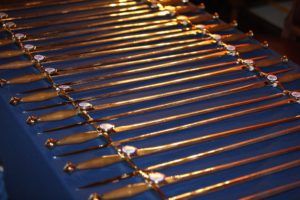 All of the aforementioned elements are scored, producing an overall score (grade), which is illustrated within the final executive summary report, in graphical format. This means that, at a glance, top management can see where the focus needs to be. “So if you achieve 92-100%, you are at the five star grade level and are eligible to enter the Sword of Honour award, or in the environmental case the Globe of Honour award.” The five-star award and the five-star grading are valid for 12 months from the completion of the audit.

When entering for the Sword or Globe of Honour awards, the score from the audit carries over and equates to up to 40% of the marks for the award. The remainder of the award is based upon a set of questions, for which a written response is required, all of which link to the audit findings. A certain mark must be achieved from the written side and all the marks are then collated into an overall score. A team of independent external adjudicators then set a pass threshold. The organisations that are deemed to have passed the threshold are then awarded the Sword of Honour and/or the Globe of Honour.

It’s perhaps quite ironic that companies winning an award for safety are awarded with an actual sword!

A formal letter warns that it’s a criminal offence to remove the sword from the box in a public place and overseas winners are given a passport for it, to enable them to get the sword onto the plane home.

Click here to have your say...
Five-Star Audit, Sword of Honour and Globe of Honour Awards, How does it work? SHP meets British Safety Council’s David Parr The British Safety Council’s Five Star Occupational Health and Safety Audit has been revised and updated for 2021. It now places greater emphasis on assessing how effectively an organisation manages the combined risks to workers’ health and wellbeing, as well as business resilience and recovery.
Ian Hart
SHP - Health and Safety News, Legislation, PPE, CPD and Resources