Ian joined Informa (formerly UBM) in 2018 as the Editor of SHP. Ian studied journalism at university before spending seven years in online fantasy gaming. Prior to moving to Informa, Ian worked in business to business trade print media, in the automotive sector. He was Online Editor and then moved on to be the Editor of two publications aimed at independent automotive technicians and parts distributors.
May 21, 2021

An audience with Major Tim Peake: coming this June

Major Tim Peake CMG, was the European Space Agency’s first British astronaut to travel to the International Space Station (ISS). Previously an Army Air Corp officer and test pilot, his work on the ISS and active engagement with the public back on Earth has made him a household name and role model to millions. 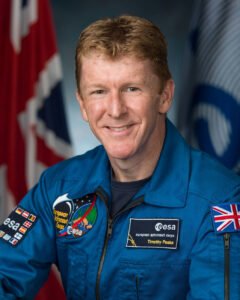 Tim will be giving an inspirational keynote presentation at the virtual Workplace Wellbeing Conference on Thursday 3 June, 2021. During the session, he will be touching on how he mentally prepared for a trip to space and his thoughts and tips on managing stress in stressful situations.

The crew spent months training and living together, in very close quarters, and Tim will go into detail about looking after your mental and physical wellbeing in a confined working environment with little interaction with others, drawing comparisons to what we have all been living through during the coronavirus pandemic.

Tim will also touch upon risk management and safety in the most hostile of environments and the transition from life in space to life back on earth and impact it has on wellbeing.

Having first flown as a teenager, Tim applied to the Army Air Corp and after serving on the ground in Northern Ireland gained his wings and served in search and rescue. He worked providing humanitarian aid in the aftermath of the Bosnian war, trained the first British Apache helicopter crews, and supported Special Forces in Afghanistan.

Following a distinguished military career and rising to the rank of major, and a period as a test pilot in the private sector, Tim applied to the ESA’s astronaut programme. Beating over 9,000 other applicants, he undertook a gruelling training programme that covered everything from living in Sardinian caves to spending 12 days underwater.

Travelling to the ISS on board a Soyuz vessel, Tim and two fellow astronauts led the Principia mission, a six-month scientific research mission. Tim undertook over 250 experiments, a spacewalk to repair the ISS power supply, helped to dock two spacecraft, and piloted a simulated Mars exploration. Much of his mission focused on not just the scientific work of the ISS but in communicating it to the public. In regular contact via video and social media with Earth, Tim spoke to over 1.5 million schoolchildren across Europe from 400km above the planet. He even ran the London Marathon on a treadmill and delivered a New Year’s message on the BBC.

Tim will join a star-studded speaker line-up, which includes former number 10 Director of Communications Alastair Campbell, Winter Olympic gold medallist Amy Williams and Mind CEO Paul Farmer, who will all address mental health and wellbeing, with a focus on the workplace.

An audience with Major Tim Peake: coming this June Tim will be giving an inspirational keynote presentation at the virtual Workplace Wellbeing Conference on Thursday 3 June. During the session, he will be touching on how he mentally prepared for a trip to space and his thoughts and tips on managing stress in stressful situations.
Ian Hart
SHP - Health and Safety News, Legislation, PPE, CPD and Resources

Join the speaker line up at Safety & Health Expo 2022