Ian joined Informa (formerly UBM) in 2018 as the Editor of SHP. Ian studied journalism at university before spending seven years in online fantasy gaming. Prior to moving to Informa, Ian worked in business to business trade print media, in the automotive sector. He was Online Editor and then moved on to be the Editor of two publications aimed at independent automotive technicians and parts distributors.
September 25, 2018

An independent review has called for tougher regulations and rules for taxi drivers to ensure minicab safety, following a series of attacks on passengers.

A report published yesterday (24 September) by the Task and Finish Group, which was commissioned by the Department for Transport, makes a number of key recommendations to safeguard passengers and cap the rapid growth of private hire vehicles in the UK’s cities.

It also calls for new laws to stop minicab drivers working wherever they please, no matter which local authority issued them a licence. 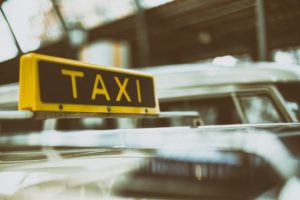 “Nevertheless, there have been recent and numerous cases of licensed drivers participating in, or enabling, child sexual exploitation as well as isolated opportunistic attacks on passengers.”

The report also claims that having CCTV installed in taxis can help improve passenger confidence and also protect drivers from attacks or racial abuse.

While conducting its investigation, the group heard from the United Private Hire Drivers that half of drivers it surveyed had been threatened or assaulted and that 57% had been racially abused while working.

The report was welcomed by the All-Party Parliamentary Group (APPG) on Taxis and the Licensed Taxi Drivers’ Association.

“This is an excellent report that makes a compelling case for urgent reform of the laws that govern our taxi and private hire industry,” said APPG Chair, Wes Streeting.

“It is unacceptable that some drivers and operators are able to skirt around the law, and operate in one area under a licence they got hold of elsewhere. This dangerous practice of cross border hiring – coupled with a lack of acceptable national licensing standards – is putting public safety at risk.

“The Government must bring forward legislation as a matter of urgency to protect the public and drive up standards in our cities. They will find cross party support for such an approach,” added Mr Steeting.

While the General Secretary of the Licensed Taxi Drivers’ Association, Steve McNamara, added: “Local authorities are left powerless and unable to protect their residents. The Government must bring all the report’s recommendations into force without delay.

“We need a system that is fit for the 21st century and can give passengers confidence that they will be safe whenever they step into a taxi or minicab.”

To read the full report, visit the Department for Transport website.