‘Over 90% of retail staff have been assaulted, threatened or abused in the last 12 months’

Union, USDAW has told shop workers to ‘report it to sort it,’ after preliminary results from a study highlighted the levels of abuse faced by retail staff, as it urges the government to do more to protect them. 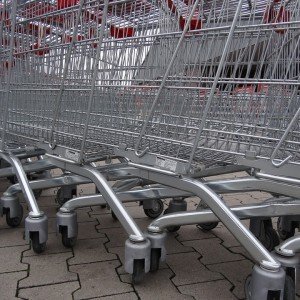 The UK government has been urged to follow Scotland’s lead, in order to protect retail workers.

New legislation was introduced last month in Scotland (August 2021) which offers increased protection to Scottish retail workers. The new law, which came into effect following the passing of the Protection of Workers (Scotland) Bill, makes assaulting or abusing retail staff a standalone offence.

The new offence has been created for situations where a retail worker is assaulted, threatened or abused while engaged in their work. Committing this offence while a retail worker is enforcing a statutory age restriction also constitutes an aggravation.

Committing the offence can result in a fine, with penalties escalating to a prison sentence, with the aggravation adding the potential for more significant fine/sentence.

Retail leaders are urging the UK government to follow suit, with The British Retail Consortium (BRC) and union USDAW calling for similar laws to be applied across the UK.

“It is incomprehensible that, despite Holyrood’s decisive action, the UK government has so far failed to provide the same protections to shop workers in the rest of the UK.”

The head of the trade group added that the BRC would “not stop until our asks are met”.

Earlier this year, SHP reported that the government had advised courts to increase sentences for violence against frontline workers. It came after it was revealed that an average of 115 retail employees were attacked at work every day and the use of knives had become a “significant concern”.

Over 90% of retail staff have been assaulted, threatened or abused

USDAW has urged urges shop workers to ‘report it to sort it,’ after preliminary results from nearly 2,000 retail staff show that in the last twelve months:

USDAW recently carried out a campaign week, from 22-29 August, due to the scale of the problem. During the week, members, reps and activists raised awareness of the year-round Freedom from Fear Campaign, talking to the public at street stalls to promote a message of ‘respect for shop workers’ and running campaigns in workplaces.

Paddy Lillis, USDAW General Secretary, said: “Once again our members are telling us that some people have responded to this appalling pandemic by abusing shop workers. At a time when we should all be working together to get through this national crisis, it is a disgrace that staff working to keep food on the shelves are being abused.

“The number of staff who do not report incidents is very worrying. I totally understand why they may feel it won’t make a difference, but my message to shop workers is incredibly clear, abuse is not a part of the job. It is really important that staff do tell their manager when they experience violence, threats or abuse. If they do report it, we can help to sort it.

“Government action to protect shop workers is needed. So, we welcome the new law in Scotland, but are deeply disappointed that the UK Government has continued to resist a similar measure in England, Wales and Northern Ireland. Retail staff across the UK have a crucial role in our communities and that role must be valued and respected, they deserve the protection of the law.

“This is a hugely important issue for our members. Shop workers are saying loud and clear that enough is enough. The Government has promised they would bring forward an amendment to their flagship policing bill in the House of Lords and we urge them to keep their word. Whatever they propose must be substantial and deliver much needed protections.”

‘Over 90% of retail staff have been assaulted, threatened or abused in the last 12 months’ Union USDAW has urged shop workers to ‘report it to sort it,’ after preliminary results from a study highlighted the levels of abuse faced by retail staff.
Safety & Health Practitioner
SHP - Health and Safety News, Legislation, PPE, CPD and Resources

LEAP Scheme recognised and supported by the HSE

The loss of our civil society in a world of approval deprivation, stress fatigue and naturally, a thinner pro-social veneer barely covering underlying impatience and “irascibility” in an increasingly “them and us” blame culture.

Driven by loss of reasonable work/life balance, no right to “disconnect”, Screen Fatigue, presenteeism and an insidious level of sleep deprivation resulting in dysfunction.