Many police constabularies across the UK have been wearing body worn cameras for several years and now other organisations have begun to adopt them, especially those that employ lone workers. Hytera looks at some of the reasons company’s might be going down this route.

We live in an age of cameras. The UK contains 20% of the world’s CCTV cameras and Londoners are captured on cameras an average of 300 times a day. Add to that the fact that most people carry a smartphone with the ability to record and the number of interactions caught on film increases. In the emergency services, and many other sectors, we’ve seen a parallel rise in the number of body worn cameras (BWC) being utilised by practitioners.

However, there is still some debate as to whether or not BWCs should be rolled out across the emergency services and beyond. Common issues include cost, storage and questions over personal privacy. But the potential benefits to the safety of staff could far outweigh these concerns.

SHP Online has recently reported that police officers in Humber, NHS paramedics, parking wardens in Yorkshire and recycling workers in Oxfordshire have all been issued with body cameras to help ensure their safety.

In this article we examine four of the impacts we’ve already seen from practitioners wearing BWCs which demonstrate why they should be utilised by all emergency services and wider industries. 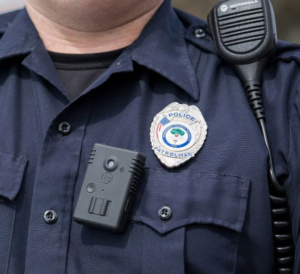 BWCs were initially embraced by police forces in the UK and US, but over time they have been deployed in more and more industries. One of the main reasons cited is that it provides staff with an added level of safety and security at work. And various studies have been carried out that support this idea.

A study published in September 2014 by researchers at the University of Cambridge and RAND Europe showed that body cameras had helped slash the number of use-of-force incidents that police were involved in.

The experiment showed that the technology is perhaps most effective at actually preventing escalation during police-public interactions, whether that’s abusive behaviour towards police or unnecessary use-of-force by police. Compared with the previous year, the number of complaints brought against police officers dropped by 87%. But the study also revealed a 59% reduction in use-of-force by officers wearing cameras, indicating that the cameras had a positive effect on the behaviour of the officer(s) in question as well as the other party.

The researchers said the knowledge that events were being recorded created a form of self-awareness in all participants during interactions with police. This is the critical component that turns BWCs into a preventative treatment measure. It causes individuals to modify their behaviour in response to an awareness of ‘third-party’ surveillance by cameras. This helped to create a safer working environment and led to a reduction in the number of sick days used for recovery from injuries and stress sustained because of a violent attack.

But this isn’t limited to police interactions. Workers in the NHS have also been utilising BWCs after seeing a spike in assaults in recent years. Recent figures show that 15% of NHS workers have suffered physical violence from patients or their families in the past year. Official figures revealed there were an average of 154 assaults every day in England, but a union spokesman said the true figure was closer to 200 a day. That’s between 56,000 and 73,000 assaults a year.

As a result, many NHS facilities are turning to BWCs to help protect their staff and patients, with a study carried out last year at an inpatient mental health unit in Northampton highlighting the benefits of wearing BWCs in a clinical setting.

The study at Berrywood Hospital saw clinical staff wear body cameras when responding to alarms on the unit. The outcome was that both staff and patients said they felt safer, and the number of violent incidents and the use of restraints decreased compared to the same period in the previous year.

The impact of BWCs on behaviour is especially important for lone workers and field agents. The nature of the role makes those staff members especially vulnerable to harassment and attack, and the added level of protection that BWCs offer is vital. Many BWC brands also offer a live streaming feature, which means that situations that were previously difficult to determine the severity of become much easier and additional help can be dispatched quicker.

As a result of this mounting evidence, many UK councils have now turned to body worn video to deter abusive attacks on local government officials. UNISON’s annual Violence at Work Survey 2016 reporting a rise of 20,000 to 40,000 violent assaults per year in the last decade (2006 to 2016), against public service workers in Scotland alone. One of the solutions put forward to combat this rise in violence is to provide many local government workers with BWCs. 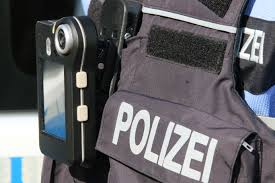 In the last few years there have been a number of highly publicised incidents involving police in America that, while often caught on camera, only catch a part of the whole interaction. This can lead to misrepresentation of an incident by people on both sides, ending with someone drawing the wrong conclusions. This can have huge consequences for all parties involved.

BWCs would record the entire interaction from start to finish and provide transparency for all parties involved.

A number of NHS facilities have equipped their security staff with BWCs for this same reason. In 2015, Cardiff and Vale University Health Board introduced body cameras for security staff in hospitals after an increase in the number of assaults on staff. These cameras have worked well to provide clear evidence for convictions, evidence that will become more significant if the Assaults on Emergency Workers (Offences) Bill is passed.

The Bill, which is currently passing through Parliament, would mean increased protection for nursing staff in England and Wales. It includes proposals to make it a specific offence to physically assault health care staff and other emergency workers, with tougher sentences for people who carry out such attacks. BWCs would provide another level of transparency around how the staff are treated and irrefutable evidence if an accusation went to trial.

For lone workers who may be in an environment that doesn’t have CCTV, a BWC is able to capture evidence wherever the incident is taking place. If a prosecution is then required, the staff member and their employer are not in a position of arguing their word against the perpetrator’s.

Speed up the justice system

The justice system in the UK is frequently a slow moving machine, with trails taking months or years, to even start, let alone finish. When a case involves evidence recorded by BWCs, however, there are dramatic decreases in the length of time this process can take.

A study conducted in the UK shows that criminals are much more likely to plead guilty to crimes that have been caught on camera because the evidence is there to irrefutably support the claim that they committed it. A 2014 review showed that early guilty pleas were obtained in 91% of cases where the camera footage formed part of the evidence.

Half of these guilty pleas were also submitted at “first calling” meaning officers did not have to prepare additional paperwork for the Crown Office. This means police are able to spend more time working on other crimes.

For employers, this means staff aren’t tied up in long running trials and the process of assigning guilt is sped up, resolving any questions about compensation or insurance claims. 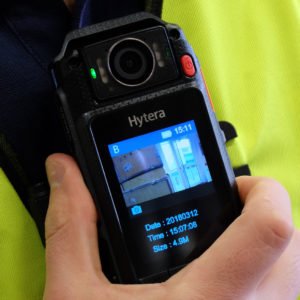 Body-worn cameras allow practitioners the opportunity to review and critique their behavior when confronted with a challenging situation. Footage from these cameras can then be used as part of other training programs.

When staff watch footage of themselves in a difficult situation, they are able to identify what they could improve on. It’s often difficult to see this in the moment as emotions are running high, but watching something back can give invaluable insight into how one can change their own behaviour and get better at dealing with someone who may be in distress, intoxicated or otherwise uncooperative.

Having large numbers of staff using BWCs can provide a huge amount of footage that can be used and learnt from. But this mass of data also comes with its own problems.

Storage of this data, and the costs associated with it, have long been an issue for many organisations wishing to implement BWCs. Although many devices, such as Hytera’s VM685 Bodycam, allow you to easily upload and tag digital evidence to a central data management system, the sheer amount of data and length of time it needs to be stored for can prove expensive for large organisations.

There is also questions around privacy, especially with the introduction of GDPR in May 2018. While this can be a complex topic, a good supplier should be able to provide legal guidance and offer templates for a client’s Data Privacy Impact Assessments.

This, coupled with the initial outlay for the handsets, has proved a stumbling block for many organisations in utilising BWCs. But the evidence of their efficacy continues to grow, and with it, calls for the use of BWCs in more settings and by more organisations. The evidence so far suggests this would be money well spent.

Get your free copy now
Four reasons why emergency services should wear body cameras Many police constabularies across the UK have been wearing body worn cameras for several years and now other organisations have begun to adopt them, especially those that employ lone workers.
Safety & Health Practitioner
SHP - Health and Safety News, Legislation, PPE, CPD and Resources

Abuse of staff tops retailers’ employment concerns, according to research