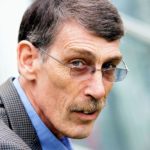 Dominic Cooper PhD is a chartered fellow of IOSH and a professional member of the American Society of Safety Engineers. He is co-founder and CEO of BSMS Inc., a global safety consulting firm based in Franklin, IN, USA. A chartered psychologist, Dominic consults with senior executives on safety leadership, culture and behaviour change. He has authored many books, articles and scientific research papers on safety culture, behavioural-safety and leadership.
April 27, 2020

Psychological safety and a culture of fear

During these turbulent times, it has been sobering to see countries engage in the under-reporting of pandemic incidents, which is also a major problem in workplace safety. This provides a timely reminder that we need be better at giving people a voice in workplace safety to increase the number of reports. One avenue that holds promise is “Psychological Safety”(1) which is a construct that addresses how “safe it is here for people to speak up without fear”.

Many have experienced social sanctions for speaking up about safety issues at work, or reporting an incident / near-miss, as it has created waves. In turn, the number, and perhaps, the quality of reports is suppressed. If being silent about safety concerns is normal in your place of work, it is likely you and your colleagues are working under a culture of fear.

In large part, therefore, Psychological Safety is about risk-assessment: In this case about the consequences of speaking up. For example, in some parts of the world, oil-rig workers fear being blacklisted by employers for speaking up about safety concerns. An extreme example, is the roustabout who worked a 28-day shift with a broken leg, because he knew he would lose his livelihood if he reported his accident. This aptly demonstrates the power that a culture of fear can exert on people’s behaviour.

Psychological Safety also refers to forgiving someone if they admit to making an error. Typically, people blame a person’s psychology or competence for the error, rather than recognising the persons behaviour might have been driven by the presence of a human error trap in the working environment: for example, a lack of clear instructions on how to use a new piece of equipment. This is termed t 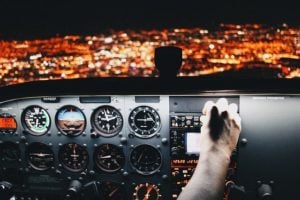 he “fundamental attribution error” where we assign blame to a person’s internal psychology rather than acknowledging the power of external situational factors on people’s behaviour. Blame is about causality – you did X, and Y happened! However, our rush-to-judgment about people in various situations is often entirely wrong.

In some industries, such as aviation and medicine, it is critical there is a presumption of innocence if people are to admit to making a mistake. Recognising this, Britain, the United States, and other countries have national aviation incident reporting systems that remove identifying information about organisations and respondents and allow data to be shared. In the USA, aviation safety action programs also permit pilots to report incidents to their own companies without fear of reprisal, allowing immediate corrective action. Anonymous reporting systems installed in hospitals are also showing increases in the number and quality of reports. From these examples we learn that if you want people to voluntarily report an error, the risks involved with the disclosure of information must be eliminated.

It is also worth remembering that sometimes the consequences of an error can be worth a fortune. For example, a Canon engineer invented the inkjet printer after mistakenly resting his hot iron on his pen, and the hot ink was expelled from the point. He realised the heat was what had caused the ink to expel, and harnessed this knowledge to invent inkjet printers. Many other inventions, ranging from potato crisps to microwave ovens to X-Ray machines, have also come about from Human Errors. Clearly, it is a wise move to give others the benefit of any doubts and encourage the reporting of errors.

Trust in others is the underlying issue in Psychological Safety. Evidence shows that trust in management is the strongest predictor of safety performance in industry, as it is facilitates effective safety leadership(2). Distrust curtails open safety communication and limits organisational learning. Consequently, any system deficiencies remain unnoticed and increase the risks of an incident. Distrust typically arises when management blames workers and/or when the companies blame contractor groups for poor performance(3). This leads to people restricting the reporting of accidents, while contractors engage in defensive practices that manipulate performance information simply to avoid blame situations.

To discover whether your company has a culture of fear, ask yourselves:

If you answer NO to anyone of these questions, your company has a major problem, as a lack of trust and a culture of fear are common root causes of Serious Injuries & Fatalities (SIFs) and major disasters. A culture of fear is also demonstrably linked to Recordable Injuries, TRIR, LTIR, First Aids, pSIFS and SIFS (4), supporting James Reason’s(5) notion that trust is at the very heart of a safety culture.

Listen to the webinar for free
Psychological safety and a culture of fear During these turbulent times, it has been sobering to see countries engage in the under-reporting of pandemic incidents, which is also a major problem in workplace safety. This provides a timely reminder that we need be better at giving people a voice in workplace safety to increase the number of reports. One avenue that holds promise is “Psychological Safety” which is a construct that addresses how “safe it is here for people to speak up without fear”.
Dominic Cooper
SHP - Health and Safety News, Legislation, PPE, CPD and Resources

I agree, innovation comes from mistakes – remember our late evening conversations in the 90s when we were designing and then implementing our research programme and of course learning from one of our mentors – ‘if you cannot exclude it build it in’ – we were fortunate in that we were in a learning culture. Fast forward, 30yrs how many organizations have genuinely adopted this culture – several have claimed they have, but look deeper and it’s the same old blame or should I say ‘living in fear’ – hiding accidents and incidents and fearful of sticking one’s head above… Read more »

Thanks Robin. Yes, I remember Ivan saying ‘design in what you cannot design out’. Clearly, we were both extremely lucky to have had him as a mentor. We certainly did learn as we went, and we made a few stops in ‘cul-de-sacs’ until we learned to recognise them for what they were ahead of time. Great coaching from both our mentors (Roy Duff and Ivan Robertson), great times, with many fond memories. Self-Actualisation at its best. It is a shame, that still today, many companies revert to a “culture of fear” when push comes to shove. Generally the great motivator… Read more »

All depends on what the drivers of work-stress / presenteeism in the workplace were, pre-working from home and, how many employees were or still are just working to live, “carrying-on regardless” of visual stress induced ill-health resulting self-harming and self-medicating discomfort and fatigue until the crash and burn mentally or physically? Interesting to note US employees, free from social and workplace constant over-sight, have already “kicked-off” their ADA Claims in sufficient numbers to predict to add-up to a class action, sort of like, you know, reporting employers for sub-optimal Provision of Work Equipment / Conditions (UK 1998 PUWER & 2010… Read more »