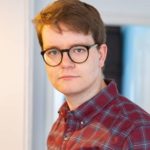 Biophilic design might seem like a pretentious name for a simple concept, sticking a few plants in an office, but significant evidence and research suggests carefully planning a workspace or urban area around access to nature has an enormous impact on health, wellbeing, productivity, creativity and the environment.

What is biophilic design?

It was a concept first developed in 1984, when American biologist Edward O. Wilson realised increasing urbanisation was creating a dangerous disconnect between humans and nature.

He called this theory biophilia, based on an idea that humans have an “innate tendency to focus on life and lifelike processes”. This is reflected in people’s desire to ‘escape’ to the countryside, visit national parks, beaches, mountains and so on, as well as take part in nature-based sports such as skiing and surfing.

Based on Wilson’s idea, pioneers like Stephen Kellert suggested that introducing natural elements to offices, workspaces, shops and hospitals would improve health, wellbeing and productivity. This is biophilic design, and some have suggested – perhaps facetiously – that it dates even as far back as the Hanging Gardens of Babylon.

Why is biophilic design important now? 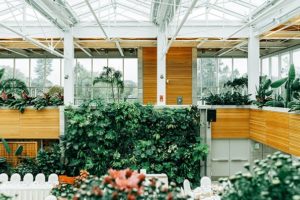 The World Health Organisation has predicted that, by 2020, stress related illness such as mental health disorders and cardiovascular disease will be the two largest contributors to disease worldwide. According to the Health and Safety Executive, the total number of cases of work related stress, depression or anxiety in the United Kingdom during 2017/18 was 595,000, accounting for an astonishing 7% of all working days lost due to ill health.

Dense cities make this worse. According to the United Nations, 60% of all humans will live in urban areas by 2030, decreasing human contact with nature and depriving people of its positive benefits. According to an analysis by the LSE, urban dwellers have a 20% high risk of developing an anxiety disorder.

How biophilic design is integrated into buildings

Biophilic design rests on introducing more natural light and air, and incorporating water and live plants into a space, as well as using materials such as natural wood and stone, and decorating with earth tones like brown, green, and blue. It can even involve animals and fire, although these are understandably more difficult to implement.

These elements invoke movement, colour, warmth and life, providing emotional and intellectual stimulation and making occupants more comfortable and at ease. Even ‘indirect’ experiences of nature, such as design that mimics natural elements, or simulates the change of nature over time (such as wood that weathers or changes colour throughout the year) have a demonstrable impact on people’s wellbeing.

Where directly incorporating natural elements is difficult, technology, design and space can be used to simulate it. For example, creative interior lighting and smart heating and ventilation can create the impression of natural airflow and light if an office is built in the shadow of a larger building.

At the core of the concept is creating a better connection between people and place, making it easy to move around and between places, and creating comfortable, satisfying interiors in a way that integrates all these elements together.

What impact does biophilic design have? 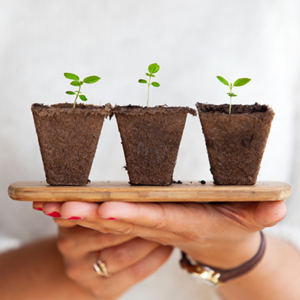 A biophilic design concept like this might seem a bit esoteric and high-minded, but it does have a real effect on wellbeing and productivity. Critics have warned, however, that too little research has been done on the long-term impact of natural elements and design, owing to the relative infancy of the idea.

But we can see how important these elements are to people in a number of ways. For instance, home buyers are willing to spend 7% more on houses with good landscape, and 58% more on properties that face bodies of water. In hotels, guests are willing to pay 23% more for rooms with biophilic elements.

Schools report improved test results, post-operation recovery times are reduced in healthcare facilities, and crime is reduced by 7-8% in biophilic environments, and areas with access to nature.

What about biophilic design in offices?

Although there are demonstrable benefits of biophilic design, it’s clear too many employees around the world don’t enjoy enough of them. According to a report by Interface investigating biophilic design in 16 countries (including the United Kingdom), only 42% of office workers report having live plants in their workplace – while an astonishing 47% lack any natural light.

Having no window views at all significantly reduced the hours employees spent at an office, and had a negative impact on creativity, stress levels and sickness absences.

It is no surprise, then, natural light is the most sought after addition to an office space, desired by 44% of those surveyed. Indoors plants, quiet working spaces, views of the sea and bright colours were also highly desired by employees. As a result, introducing relatively minor biophilic design elements to an office or workspace aimed at increasing natural light or creating quiet working spaces can have an enormous impact on employees.

The report found that workers in office environments with natural elements, such as greenery and sunlight were 6% more productive, 15% more creative, and reported a 15% high level of wellbeing. Greenery in particular seems to have a positive impact on productivity and creativity in the United Kingdom. 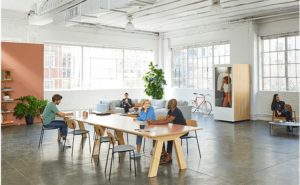 In our age of climate catastrophe, biophilic design also has implications for sustainability and environmental protection.

For instance, adding plants, trees, gardens and green roofs to urban environments improves rainwater runoff and act as ‘biofilters’ for carbon dioxide. It also increases biodiversity by encouraging species of insects and birds to return to cities. The Khoo Teck Puat Hospital in Singapore, which incorporates significant greenery into its design, now hosts 103 species of butterflies.

Milan’s Bosco Verticale, a pair of residential ‘garden skyscrapers’ containing 900 trees, 5,000 shrubs and 11,000 floral plants, are designed to convert approximately 44,000 pounds of carbon each year, helping also to mitigate the impact of smog from the city.

This article was originally published on the Facilities Show blog.