With recent HSE statistics prompting The Guardian to state that Britain’s death toll from asbestos is at ‘crisis level’, Neil McKinley, personal injury solicitor at JMP Solicitors, suggests it’s now more important than ever to recognise the risks of asbestos poisoning in the workplace. 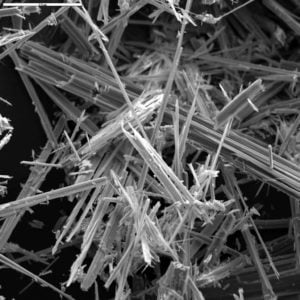 The Health and Safety Executive (HSE) revealed earlier this year that the recorded number ‘deaths by industrial disease’ in England and Wales had risen from 1,878 recorded in 1995 to 2,709 in 2018.

The task of removing asbestos from the insulation of old buildings has been ongoing for many years, but the effects of poisoning can take a long time to develop and can include everything from fibrotic lung disease such as asbestosis through to lung cancer.

Neil McKinley said: “According to the World Health Organization (WHO) no amount of asbestos exposure is safe and even the smallest amount can prove detrimental to health.

“Asbestos is defined as a group of minerals made of microscopic fibres which can be dangerous when dealt with inappropriately. Workplace risk assessments need to be completed to avoid employees having contact with toxic asbestos fibres, as inhaling asbestos dust can cause a number of severe lung conditions, which in extreme cases, can further develop into cancer.

“Therefore, those working within an industry where exposure has been or is still possible, extreme precaution is vital.’’

Here are five signs that you are at risk of asbestos poisoning at work:

Certain occupations mean employees are more likely to be exposed to toxic dust, due to the work environment and responsibilities within these job roles. Workers in construction, shipyards and factories are among those facing a higher possibility of being exposed to asbestos. Professions with no permanent place of work, such as electricians, firefighters and auto mechanics, are also likely to find themselves at risk as they work in so many different environments.

The peak period for asbestos installation was before 1970, with asbestos being fully banned in 1999. If you have been working in a building built before this time, it may be worth getting a check-up and calling for the environment to be checked for asbestos if it hasn’t been already. Those who have worked in the building and construction industries, particularly in the 1970s to late 90s, are at a higher risk of having encountered asbestos. Some job roles require employees to visit various sites that may be putting them at risk and although asbestos is no longer being used in buildings, it can still remain in older buildings so it’s best to be vigilant.

Asbestos is dangerous even in the smallest amounts – if material containing the asbestos fibres is chipped, drilled or broken, it can release a fine dust. In case of having to work with such materials, it is essential to have been made aware of this fact to ensure you take care in not touching or breaking the asbestos. In addition, taking showers before returning home is essential to avoid endangering family members.

Your employer has a duty of care in protecting you against harmful substances and ensuring your safety in the workplace. It is essential that all employees have been provided not only with safety equipment but also thorough instructions, information and training. If none of these have been addressed, it puts you at a higher risk of asbestos-related illness, especially when occupations involve working closely with asbestos.

Although you may not be working on a live asbestos site, you may be within close proximity of one. It is important that your employer outlines the risk of working near sites that may contain the toxic fibre in order to prevent yourself and those around you from asbestos poisoning. Asbestos remains in the air for hours, putting anyone nearby in danger of inhaling or ingesting it. It is therefore vital to be aware of your surrounding working environment.

Download Barbour’s free director’s briefing
5 indicators that you are at risk of asbestos poisoning at work With recent HSE statistics prompting The Guardian to state that Britain’s death toll from asbestos is at ‘crisis level’, it’s now more important than ever to recognise the risks of asbestos poisoning in the workplace.
Safety & Health Practitioner
SHP - Health and Safety News, Legislation, PPE, CPD and Resources

Very ineteresting article but considering the study undertaken by Dr Julien Peto which indicated that the deaths atributed to asbestos exposure would peak around 2018/19 to around 27,000 deaths then tail away after 2020. So not supprising they’ve peaked in England and Wales.
Lets hope the figures do start declining and that awareness and controls are continued to be followed.