Costain and subcontractor in court after metal frame collapsed 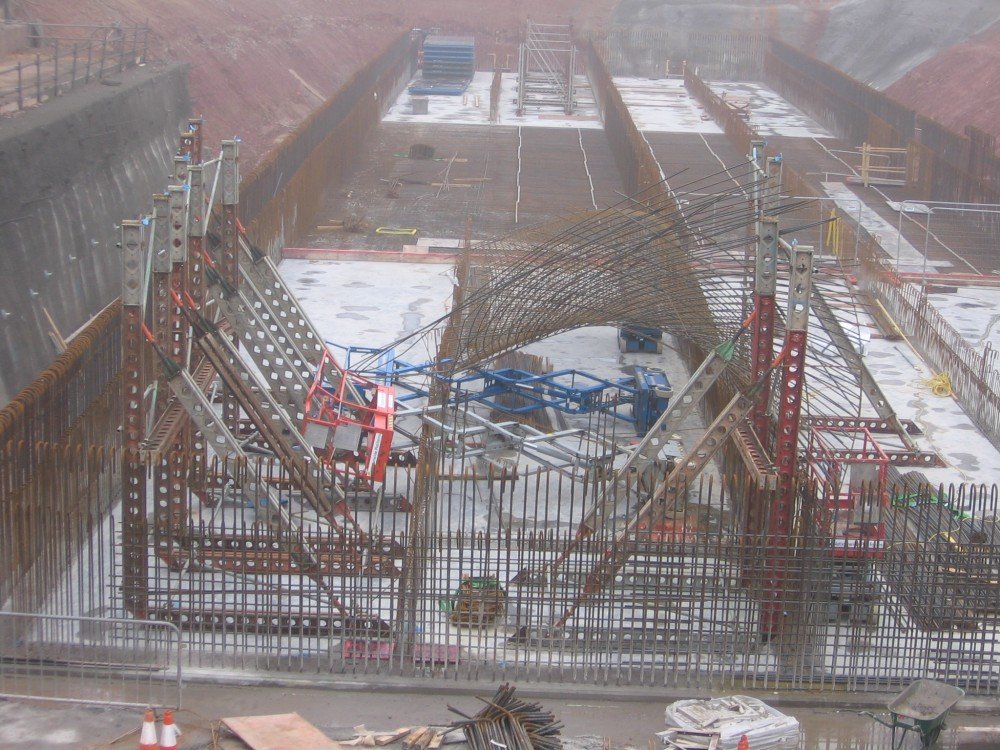 Leading construction firm, Costain Ltd and a concrete contractor have been fined after a metal frame collapsed at a site in Birmingham, knocking two workers from scissor-lift platforms.

Bell Formwork Services Ltd had been subcontracted by Costain to build the metal frame for a concrete tank at a new pumping station and water treatment site at Frankley Water Treatment Works.

On 2 February Birmingham Magistrates’ Court heard that two steel fixers, a 65-year-old man from Brownhills, Walsall, and a 45-year-old from Cheslyn Hay, Staffordshire, had been raised nearly five metres above ground in separate scissor-lifts to take measurements of the tank wall.

Shortly afterwards the wall of reinforcing bar collapsed, bending over in a wave-like motion, knocking over both scissor-lifts with the operators still inside.

The 65-year-old steel fixer remained in his platform as it landed on its side and crashed into a nearby support frame. He suffered bruising and pain in his leg and shoulder.

His colleague was propelled from his platform as it landed on its side against a nearby support frame. He suffered bruises to the head, legs and body. Three other workers on the ground took cover and avoided injury.

An investigation by HSE into the incident on 12 November 2012 found both Bell Formwork and Costain had failed to ensure the workers were able to do their job in safety.

HSE identified that the steel reinforcement for the tank walls, 21m long and 6.3m high, was unstable due to its size, the slenderness of the steel bars and the weight of the steel at a high level.

A temporary support should have been put in place every seven metres. However, on the day only two support frames were used at 8.3-metre spacing, leaving a section of eight metres unsupported.

Costain Ltd of Vanwell Business Park, Maidenhead, Berkshire, pleaded guilty to breaching the Construction (Design and Management) Regulations 2007, and were fined £15,000 and ordered to pay costs of £1,980.

Bell Formwork Services Ltd of Pinchbeck Road, Spalding, pleaded guilty to a separate breach of the same regulations and was fined £15,000 and ordered to pay £1,851 costs.

Speaking after the hearing, HSE inspector Luke Messenger said: “This was a serious incident and considering the size and weight of the wall, and the height from which the scissor-lifts overturned, it is extremely fortunate that no serious or even fatal injuries occurred.

“Both companies were experienced in their industry and should have done better.”