Jamie Hailstone is a freelance journalist and author, who has also contributed to numerous national business titles including Utility Week, the Municipal Journal, Environment Journal and consumer titles such as Classic Rock.
March 7, 2019

Women in Health and Safety: Changing young minds to construction

The key issue of how to encourage more young people to think about a career in construction was the subject of the most recent event organised by Women in Health and Safety. 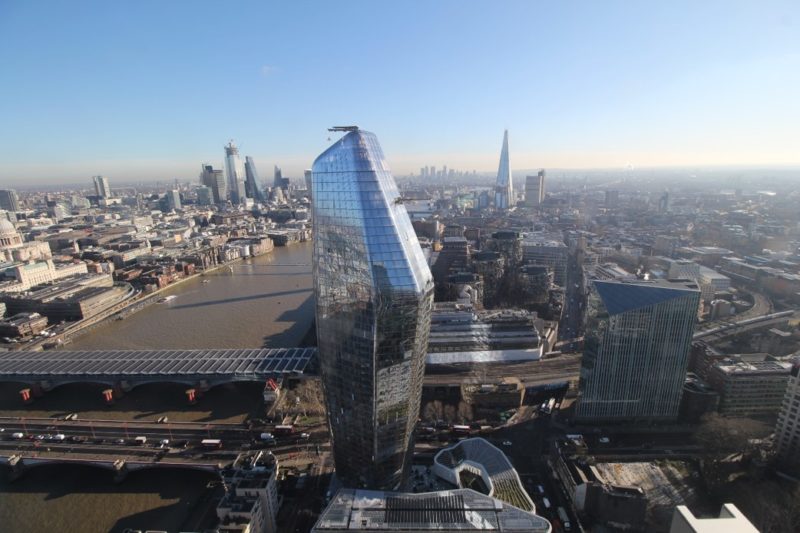 The event was held in February at One Blackfriars, London, and featured a wide variety of speakers, including Aoife Devaney, who hosted the event of behalf of the Women in Health and Safety and St George. Aoife is an Assistant Health and Safety Advisor at St George Developments in London.

Blackfriars was a pinnacle venue to hold the event as it highlights the excitement and challenges involved in building One Blackfriars.

On a clear day you will be able to see more than 28 miles from the top floor of the tower, which, at its peak had around 1,400 people working on its construction, that’s more people than the total number of people that work at Stansted Airport.

In total 9,135 individual and totally unique panes of glass have been installed on the inner and outer facades, 13 times the number used on the Louvre in Paris, and 80 miles of underfloor heating pipework is being installed; equivalent to the distance from London to Cambridge.

St George is part of the Berkeley Group and has a number of developments in the capital, including the award-winning Battersea Reach. 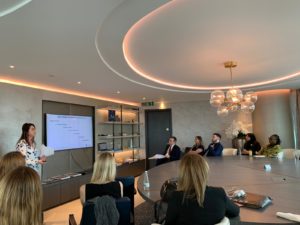 Ms Devaney highlighted the shortage in construction workers across the country. According to statistics from the House of Commons library, the construction sector needs to increase the current workforce by 70%, but many young people are put off.

“We live in a society where those who work in construction are assumed to be the ones who could not make it in any other career,” she told attendees.

But Ms Devaney said the construction sector can offer job security and good money, which is very important for young people.

She said almost three quarters (70%) of the highest paying jobs in the UK are related to the industry, which contains 115 different careers.

In order to widen the appeal of the sector to young people, she has recently visited a number of schools, where she spoke to both boys and girls.

She highlighted the role many women are now playing in the sector, including structural engineer Roma Agrawel, who worked on the Shard and Dame Zaha Hadid, who was lead architect on the London Olympics Aquatic Centre.

She concluded that while construction may not appear to be the “most glamourous of areas for superheroes”, it remains the “glue that pulls everything together”.

Another speaker at the event was John Cohen, who is a Project Manager at Barretts of Aspley.

Mr Cohen said he believes the best way into the industry is through apprenticeships and that schools should be actively pushing apprenticeships instead of university for some people.

While Ruby Lee, a Trainee Site Manager working for Berkeley Homes, talked about how she wanted to go to university and study to become an architect, but instead opted for an on-site role after attending a local careers event.

Ms Lee said doing an apprenticeship and work experience gave her a better view of which aspect of construction she wanted to specialise in.

Speaking to SHP following the event, Aoife Devaney said: “It has been proven how construction benefits the economy and accounts for 7% of all jobs in the UK so my aim was trying to change the perception of construction amongst young people, highlight the shortage of young people considering a career in construction and promoting the benefits of working in the industry.

“Speaking with the schools and colleges was very positive and it was great to answer any questions or queries they had.”

The Women in Health and Safety network is run by an independent committee, Chaired by Dr Judith Grant, Director of Health and Wellbeing at Mace. The network hosts free-to-attend events, for all health and safety professionals, which take place throughout the year around the UK. The flagship event takes place at Safety & Health Expo in June.