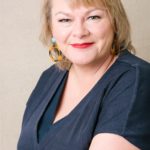 Heather Beach is Founder and Managing Director of The Healthy Work Company and has been running businesses in health and safety for over 20 years. Having run Barbour, SHP and Safety and Health Expo, she is now running her own business. The Healthy Work Company provides solutions which drive the wellbeing agenda to enable thriving in the workplace at all levels. Offering more than simply training, it delivers strategic support for your wellbeing programme. "We are driving the mental health agenda towards how human beings thrive in life – often through work, not in spite of it!" Heather can be reached on [email protected].
June 5, 2017

A new direction for Women in Health and Safety

SHP’s Women in Health and Safety is now officially two years old and we have decided it is time for the industry to own it.  It has official support from RoSPA and NEBOSH and an industry committee will take it forward.

Men and women alike, you are invited to come to a session at Safety & Health Expo in the keynote theatre at ExCeL, where we will have a session on unconscious bias (our tendency as human beings to like people who look like us, think like us and come from backgrounds similar to ours) and will 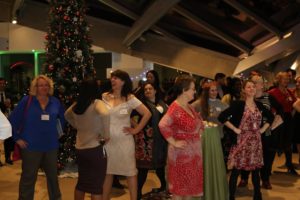 launch our plans for 2017-18. You will also get a chance to meet the semi-formed committee and look at what you can do to help take this initiative forward.

How we got here

Two years ago, as event Director for Safety & Health Expo at UBM, I attended a session on innovation at UBM where a show initiative was discussed which had really worked as a visitor attraction – an event for women in pharmaceuticals.  The percentage of women in pharma is about 20…. Similar, I thought, to the percentage of women in health and safety (according to the latest statistics from SHP, it has risen to 29% over the last 5 years).

So with about four weeks to go to Safety & Health Expo, we booked a room which would hold a maximum of 100 people, asked some high profile women in the profession to speak, and sent a tentative email invitation to our database out.   Overnight 376 women applied.  We had unwittingly tapped into a rich vein of interest, and one which would take me on a personal journey over the next two years which eventually resulted in leaving UBM to set up my own business – The Healthy Work Company (see me in the café at Safety & Health Expo).

Two years on, and events have been held which have attracted almost 2,000 (mostly but not all) women in the profession from Glasgow, to Norwich, London, Birmingham, Liverpool, Leeds – hosted by such diverse organisations as Shirley Parsons, Hays, Redcat, the HSE and Nebosh with what has now become an institution – the Acre Women in Health and Safety Christmas party.  Our LinkedIn group has 1200 members, and this year, at Safety & Health Expo we plan to relaunch it and have it properly owned by the industry it serves.

There have been recent postings about how industry networking events can often be stuffy and SHP’s Women in Health and Safety has always been anything but that….. with a combination of learning, fun and inspiration and a real sense of cohesion has been built among women who did not know how many of them there were working in the profession. I had an email from one woman saying “Thank you, it was lonely out there until you brought us together”.  We’ve had women doing power poses (building confidence – one of the key issues for women’s progression), discussions about the particular issues with career planning women have (in terms of having children), invitations to challenge ourselves – along with prosecco, gift bags, chocolate and visits to underground tunnels.

Anyone is welcome – and all events are widely publicised – if you are coming alone, we can make sure there is a friendly face to meet you.

The future of SHP’s Women in Health and Safety

I have now left UBM so we thought the time was right to form a committee from within the industry to take it forward. I will chair that committee for a year and then hand it over to someone else. The committee will decide a theme for the year, look at how we run future events, how to get funding where we need it and what speakers will work at the big event in June.

What we need from you

We are going to be asking for expressions of interest in

The first members of the committee are Teresa Budworth from NEBOSH, Ruth Gallagher from Heathrow Airport, Clive Johnson from Land Securities, Judith Grant from Mace and Karen McDonnell from RoSPA.

For more information on SHP’s Women in Health and Safety, see here.

To attend this session for free, register for SHE 2017 here.

Subscribe
Topics: Session, SHE2017, Women in Health and Safety
wpDiscuz