Charlotte Geoghegan is Event Manager for Safety & Health Expo, Workplace Wellbeing Show and SHP at Informa Markets. She is responsible for content, strategy and sales of physical events and digital products. She is also an active member of the Women in Health and Safety committee. Before Charlotte went into this role she was Head of Content for the Safety & Health Expo, SHP, IFSEC, FIREX and the Facilities Show. She joined Informa (previously UBM) in 2015. Charlotte has spent 10 years in media & events and her academic background is in modern foreign languages. You can find her on LinkedIn here https://www.linkedin.com/in/charlottegeoghegan1/
July 9, 2021

My breast cancer story and the amazing support I had from work: In conversation with Josie Overton

Josie Overton was diagnosed with breast cancer in 2020, which was treated with surgery. In this interview she tells me what she went through physically and emotionally. We focus on how it affected her at work and the support she had from colleagues. 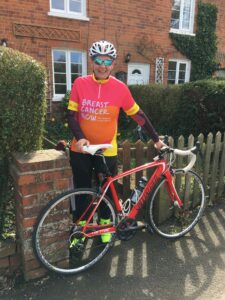 Josie talks about the emotional crutch she needed from colleagues and the power of simply asking ‘how are you doing?’. She also tells me about the ‘amazing’ support from her line manager and gives guidance on how managers, colleagues and employers can best support those with breast cancer.

Josie is a Principal Consultant and manages a team of consultants at Capita Real Estate. She has worked in health safety for 24 years, most of that time in consultancy.

This interview is part of a series for Women in Health and Safety. As a member of the committee my goal is to amplify the voices of women in the profession. Some of the topics covered affect women more than men. Some are deeply personal. It’s my belief that we bring our whole selves to work and therefore should be able to talk about all sorts of issues that affect us, day-to-day, in a work setting.

Two things have struck me throughout this series. 1) We all have so much in common. 2) People are often very willing to open up, if they’re given a safe opportunity to do so with someone who is willing to listen without judgement. So, my hope it that issues discussed in this series resonate with readers, perhaps making some feel less alone, perhaps even giving some the confidence to share their own stories. I also hope readers will be encouraged to check in on colleagues, talk about the whole selves we bring to work and be there to listen.

Tell me about your diagnosis and surgery 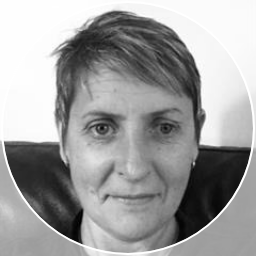 “I’m 50 this year and I’ve had cysts in my breasts for around the last 10 years. Every now and then one will get infected and I go for a mammogram. The reason that that’s important to the story is because that’s how they found it.

“I had an infected cyst in August 2020. I had a mammogram, after which they called me in and said they had seen some changes. There were clusters of calcifications called DCIS (ductal carcinoma in situ) which is a non-aggressive breast cancer. They sent me for a biopsy. That biopsy wasn’t conclusive. So, they set me off for a second, much more brutal biopsy (a vacuum box), which confirmed it.

“From that first appointment I knew that surgery was on the cards. At that point I didn’t know if I would need radiotherapy as well, but, thankfully, I didn’t. The surgery worked and I got the all clear in December 2020.

You have said your manager, Graham, was amazing – how did he treat you?

“I hadn’t told him I was going to that first mammogram appointment because I was blasé about it – I thought it was just another cyst. When I got the result I sent him I sent him a message on Teams, saying, ‘my mammogram is not quite right and they want me to go for a biopsy’. He just came back and said, Okay, let me know, if you need any time off, let me know what you need, let me know how it goes.’

“Graham knew when I was going for the second biopsy and he gave me three days of special leave after it. It was quite brutal and restricted my arm movements for a few days, so I was grateful for that time.

“With the surgery I knew I was going to have to be off for two weeks. Again, Graham was brilliant with that. He said, ‘Just come back when you’re ready to.’ Physically, I was limited for it for a couple of weeks and I couldn’t drive for a month. (It’s all down to arm movement and letting he breast tissue settle back down again.) But I came back to work after the two weeks and he always gave me the opportunity to take more time if I needed it.

“I had the opportunity every stage to discuss what I needed. He made it very easy for me to tell him exactly what was going on. He just he just listened.”

Did everyone else at work know what you were going through?

“My manager spoke to the rest of the team after the second biopsy. All he said to them was that I was going to be intermittently working and I would need support. He didn’t say why, he left that up to me. I told a couple of people, including a female colleague who had also been through a biopsy, and I told my guys, my team, but not everybody knew about it.

“It was hard to talk about it because the doctors drip-fed me information and I didn’t even know everything that’s was going on myself. I guess there were questions I didn’t think I could answer. So, I didn’t see the point telling everybody.”

You were working from home during because of pandemic and physically distanced from the rest of your colleagues. What impact did that have?

“There were advantages and disadvantages. The advantages were that I could turn my camera off on Teams calls, so colleagues couldn’t see me looking terrible. The disadvantage was I felt like you I couldn’t communicate properly on an online platform. Seeing people’s body language, going out for coffee for example, is quite important. And you don’t you don’t really get that over Teams.”

What’s the best way colleagues can support somebody going through what you went through?

“So it’s about emotional support. And I don’t mean having to be like an agony aunt to anyone. Just the odd call or message saying, ‘How are you doing? How are you feeling? Do you want to talk?’ It’s the most terrifying thing in the world to hear the word cancer.”

Where did you go for emotional support?

“The wife of a friend had had breast cancer and he told me to get onto forums and talk to people who’ve been through the same experiences, which I did. I contacted a charity called Breast Cancer Now, and they have online forums and nurses who you can speak to who know exactly what you’re going through. Emotionally that really helped. But it was still terrifying. I’m not going to lie, I was absolutely terrified.

“I’m not afraid of surgery. I’ve had a lot of surgery in my life so that aspect didn’t bother me. I was worried that I was going to see my consultant afterwards and him say, actually, ‘you know, we found this while we were in there, it’s going to be a lot worse’.

“I’m very much person who says if you can’t control it, don’t worry about it. But it’s still there in the little box in the back of my mind, it still pops out now and then.”

“Physically, I have a large dent now. I’m nearly 50 and I’m married – the dent doesn’t matter. I kind of wear as a badge of honour to be honest. So physically, I’m fine.

“Mentally, it’s difficult knowing it might come back, and if it does, it’s likely to be worse. It does play on my mind. I probably haven’t discussed that very much. It’s there, like a, like a kind of ugly, dark shoulders. When it does pop up, I try and push it away.”

Whilst you had cancer you found it helpful to have people check in, asking how you were doing. Following your successful surgery, do you still want colleagues to ask you the same thing (in relation to cancer)?

“Yes. I think it’s better to have those conversations and I’m probably not having them enough. It was really good when I spoke to the lady who had also had a biopsy. Some people I find very easy to talk to. I’ve got one colleague who I chat to often about our own personal medical issues. Me and my boss have regular catch-ups and he will ask how I’m doing/how I’m feeling.

“But I wouldn’t want that engagement with all of my colleagues though, that would be overwhelming.”

Is there anything else colleagues or employers should bear in mind to support those going through breast cancer?

“One thing that got me through it more than anything else was a sense of humour. Sometimes laughing at myself, sometimes laugh with others. So sometimes, you know, someone ringing up just to tell me about something daft they’d done at the weekend made a massive difference. Because it took my mind off all the other things that were going through my head.

“For companies, having forums or women’s groups, where people feel like they’re in a safe environment to discuss these sorts of issues can be immensely helpful. Smaller companies might not have that, and in those cases knowing where to point people to find similar forums would be really helpful.”

Macmillan Online Community: A free online place for people living with or who are affected by cancer to chat about the issues affecting them.

Breast Cancer Now A safe space to connect with other people, learn from other people’s experiences of breast cancer and perhaps share your own.

It is estimated that 600,000 people are currently alive in the UK having been diagnosed with breast cancer. 13% of women said they could no longer carry out their job due to long-term effects caused by their breast cancer diagnosis. In this article, Addie Mitchell, Clinical Nurse Specialist at UK charity, Breast Cancer Now, spoke to SHP about how employers can support staff, following diagnosis.

Nichola Ebbern, Head of Health and Safety at Shepherds Bush Housing Group, shares her personal experience of living with an invisible disability and some advice for how employers can support staff.

For more information about the Women in Health and Safety network see our hub page here.

Read more from this Women in Health & Safety interview series.

My breast cancer story and the amazing support I had from work: In conversation with Josie Overton Josie Overton was diagnosed with breast cancer in 2020, which was treated with surgery. In this interview she talks about what she went through physically and emotionally, focussing on how it affected her at work and the support she had from colleagues.
Charlotte Geoghegan
SHP - Health and Safety News, Legislation, PPE, CPD and Resources

Health and Safety cannot become ‘out of sight, out of mind’ in the hybrid working environment

The New Rules of Safety: Safety is a virus

Thank you for sharing your story Josie, I have not personally experienced cancer, but my best friend is due to have surgery for kidney cancer next week, and you have helped me understand how I can support her.
Many thanks and best wishes to you