Charlotte Geoghegan is Event Manager for Safety & Health Expo and SHP at Informa Markets. She is responsible for content, strategy and sales of physical events and digital products. She is also an active member of the Women in Health and Safety committee. Before Charlotte went into this role she was Head of Content for the Safety & Health Expo, SHP, IFSEC, FIREX and the Facilities Show. She joined Informa (previously UBM) in 2015. Charlotte has spent 10 years in media & events and her academic background is in modern foreign languages. You can find her on LinkedIn here https://www.linkedin.com/in/charlottegeoghegan1/
March 11, 2022

How can we overcome gender bias in the workplace?

In the final part of this mini-series, where SHP speaks to eight health & safety professionals about gender bias, we look at what can be done within workplaces to overcome some of the issues we’ve discussed in the first two parts.

In part one, we looked at why gender bias exists and delve into some real-world experiences of women in the health & safety profession, please check that out. Last time, we explored some of the challenges and advantages faced by women working in the profession. In this part, we’re going to discuss how we can overcome gender bias in the workplace.

This interview is part of a series for Women in Health and Safety. You can find out more about each of the interviewees, in the bio section in part one of the series.

What do you think needs to happen for gender bias to be completely overcome? 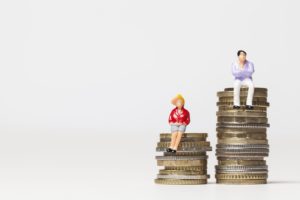 Anne Gardner-Aston (AGA): “I don’t think gender bias or inclusion happens overnight. It’s a culture change. But it’s a slow process, and it’s chipped away at. The more we talk about it, the more we galvanise and the more we get groups together, like the women in safety groups, that are campaigning on a particular issue, who can open up doors just based on make it start to become the norm.

“When we go into safety as a profession, one of the prevailing thoughts is that you’re trying to create a culture whereby the people who are outside of that culture are the are the outliers and human nature is that you want to be part of the crowd. By and large people want to be part of the tribe and it will be the same with this – people who are overtly non inclusive as an organisation will, will be left behind.”

Rebecca Walpole: “Education and working to change mindsets. If I come across somebody that does have a discriminatory mindset, I always try and challenge it. But it takes a certain amount of confidence to be able to do that. So, people need to be empowered to say, you know what, no, that’s not okay’. And sometimes people just need a platform to say what they’ve experienced.”

Jessy Moreira Gomes: “We still have a gender pay gap. I saw one report which had 1% progress year on year. If they were to continue at that rate, it would take 36 years to close the gap. I’m not seeing tremendous change and we will know we have made it when numbers prove it.

“At the moment I don’t see any one company in the construction industry who is a shining example of where we should be or where we should be heading towards. Sometimes companies are happy with the status quo and don’t want us to make too much noise about it.

“It’s crucial for women to set boundaries and not allow certain types of behaviour. We have to stand up for ourselves.

“I think the work being done by the Women in Health & Safety Network is crucial. We need sisterhood and we need to be encouraging each other.”

Melissa Mark-Joyce: “More and more organisations are looking at diversity and inclusion, strategy and goals, but it has to be more than just a number. It can’t just be I want to have ‘X’ percentage of women in certain positions.

“People need to feel included, so I think I’m continuing conversation is important, as are employee resource groups, because they get the conversation going and may highlight things that senior leadership may not be aware of.” 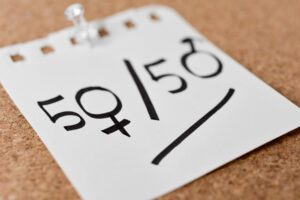 Fiona Gilbert: “It’s about educating men to take us seriously and educating women to feel they can be themselves, and they don’t have to change their behaviours or have a male bravado.”

Leah Tusiime: “I follow ‘The Female Lead’ on LinkedIn, which helps encourages women to lead. We must get rid of stereotypes by talking about discrimination more.

“I’m in favour of gender pay audits showing how much you should be earning for certain types of roles.

“We have to own our confidence. If someone challenges our competence, we have to stand up for ourselves.

“I also encourage equal childcare. When a woman has a baby, she gets maternity pay. And encouraging flexible working (for both men and women). It’s not only the woman’s role to look after the kids.”

Fari Fathi: “Education at all levels of society, from schools to workplaces. Be transparent in policies and structures about discrimination and communicate about them. Review pay scales and have standardized pay, to help close the gender pay gap. Implement gender neutral hiring processes, such as removing names from resumes so that you can’t make a judgement based on sex or race. And provide training on unconscious bias.”

How can anybody become an ally for women in male-dominated workplaces?

Jessy Moreira Gomes: “It comes to making men aware of what’s going on. Awareness of difficulties women can have in the workplace is important to have. I’m not a huge fan of training because people do so much training, and it can end up being more paying lip-service to issues. But we have to do more than that.

“At one company I worked for we had a network for women and we ensured we had men who sponsored the initiative, acting as allies. For me, this is crucial.”

If you missed part one, looking at why gender bias exists and delve into some real-world experiences of women in the health & safety profession, click here.

Part two, exploring some of the challenges and advantages faced by women working in the profession, can be found here.

Developing non-technical skills and overcoming a lack of confidence

In this episode of the Safety & Health Podcast, we are joined by Anna Keen, Founding Director at Acre Frameworks, who provides guidance on learning the relevant skills to progress your career and delves into confidence, including how to present yourself and tips for leaders when dealing with Imposter Syndrome.

How can we overcome gender bias in the workplace? In the final part of this mini-series, we look at what can be done within workplaces to overcome some of the issues we’ve discussed so far.
Charlotte Geoghegan
SHP - Health and Safety News, Legislation, PPE, CPD and Resources