Ian joined Informa (formerly UBM) in 2018 as the Editor of SHP. Ian studied journalism at university before spending seven years in online fantasy gaming. Prior to moving to Informa, Ian worked in business to business trade print media, in the automotive sector. He was Online Editor and then moved on to be the Editor of two publications aimed at independent automotive technicians and parts distributors.
May 10, 2021

The COVID-19 pandemic and need to stay at home has resulted in a dramatic increase in domestic abuse, particularly against women.

Statistics from before the pandemic show that one in four women and one in six men will experience domestic abuse in their lifetime; 56% of employers say that domestic abuse leads to absenteeism and 54% to a reduction in quality of work. Yet each year less than one person on average discloses domestic abuse to their employer.

The Women in Health & Safety Network recently hosted, ‘A pandemic within a pandemic’, a panel discussion on domestic abuse. As employers and colleagues, we all provide a critical avenue for victims of domestic abuse to reach out to access support and expertise. The session was designed to provide practical advice on what we can all do to break the silence around domestic abuse.

Amy Sadro, Principal Associate in the Environment, Health and Safety Team at Eversheds Sutherland, who runs the Women in Health & Safety Events workstream was the Chair of the event. She opened by highlighting how violence against women has soared during lockdown because it’s meant, for many women, being effectively imprisoned with their abusers in their own home.

She highlighted some recent high-profile news stories around the topic of domestic abuse and violence against women, such as that of Gemma Robinson, a 34-year-old young mother of two who took her own life a few days before she was due to face her abusive partner in court, and the tragic murder of Sarah Everard.

Refuge, a charity which supports women, children and men experiencing domestic violence, says that two women a week are killed by a partner or an ex-partner in the UK and only 1.4% of rape cases reported to the police, lead to a charge or a summons. However, domestic abuse is not only a female issue and there are 2.3 million victims, both men and women, suffering from domestic abuse in the UK. 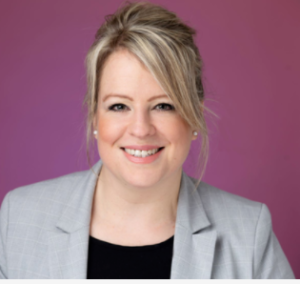 As a victim of domestic abuse from her then husband, panellist Sharon Livermore shared some of her experiences and how it affected her work. “Being in recruitment, which is a very client facing position, day in day out meeting with people, offering them support, I have to have a smile on my face. As you can imagine the smile was a false smile, I became a very good actress and from the outside, everything looked okay. But there were so many signs in the workplace. I experienced physical abuse and controlling behaviour. Things like when I was at work, he would call constantly, he would turn up at networking events when there was no reason for him to be there.

“I’d just started in recruitment when I got together with him and my career took off quite quickly, so the power it within a relationship change, and he didn’t like that unfortunately.”

Sharon is still in recruitment and is now the Founder & CEO of Kameo Recruitment. She works closely with the Employers’ Initiative on Domestic Abuse (EIDA), for whom she is an Ambassador, and set up her business in 2018 to not only recruit, but to use as a platform to raise awareness of domestic abuse and educate the business sector.

One in four women and one in six men will experience domestic abuse in their lifetime; 56% of employers say that domestic abuse leads to absenteeism and 54% to a reduction in quality of work. 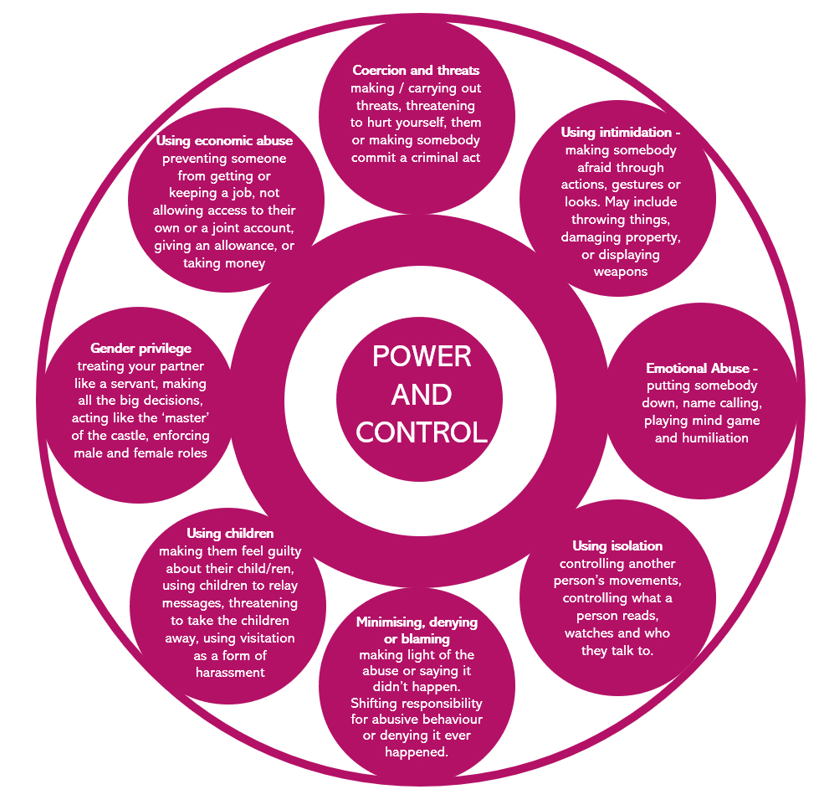 Part of the education surrounds the Duluth Wheel, a tool used to explain the different ways an abusive partner can control and manipulate a relationship. It can be used by victims to help spot some of the warning signs, as well as employers who are trying to understand if a member of staff is in an abusive relationship.

Sharon spoke about some of the signs that were evident in her experience: “If the phone rang at 25 past five and I was due to finish at half past, I would panic because if I was five minutes late home, I had to explain where I’d been. If I was on the phone at midday, it was me being happy, I love talking to people, but towards the end of the day I was just rushing through trying to get them off the phone. I wasn’t allowed to do any overtime, he controlled when I was able to see my friends, my colleagues, my family. So, there were signs there and after everything came out, my colleagues said to me, ‘oh just noticed that, but didn’t say anything because it’s not my business.’

“I now campaign that domestic abuse is everybody’s business and people need to take a stand and listen. If somebody is concerned, I would always say, ask the questions, start a conversation.”

A general trend throughout the presentation was how important it is that employers have a domestic abuse policy in place, or at the very least think about how they would react if an employee came forward who was suffering from domestic abuse. Sharon’s employer at the time didn’t have such a policy in place and whilst she said they handled some things well, such as allowing her to attend police interviews during work time, she was forced to take five says holiday when the case went through court, which Sharon said had a significant impact on her.

“Your employer can make such a difference. Sometimes they don’t realise the impact that they can have. They can change people’s lives, they can help them make those steps to safety and offer a safe space, which is so important.”

A focus of Sharon’s work now is working with employers to produce practical material to set out how they can support employees suffering from domestic abuse. She has developed Sharon’s Policy, which is a template domestic abuse policy in collaboration with EIDA, the Domestic Abuse Alliance and HR Direct.

She said the education she provides is “really well received by businesses.” The policy is free and can be implemented into any business or used to signpost the types of issues employers should consider when developing their own policy. The policy also has accompanying guidance notes, which prompt employers to think about what they can put in place to help support victims, be that financially, by offering flexible working, by moving them out of view if they are in a public-facing role, and many other tips to help make a difference.

All of the panellists emphasised that much of what employers can do is free or has very little cost yet is valuable to someone suffering from domestic abuse and that something as simple as changing next of kin on employment documents can literally save someone’s life. 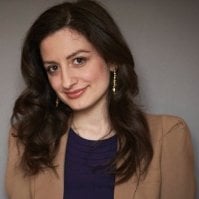 Tahani Saridar, a member of EIDA’s Steering Group, says that the data from a 2016/17 Government survey, suggests that domestic abuse is ‘something that affects everyone’. The police receive 100 calls an hour related to domestic abuse, 10% of the police force budget is spent on handling domestic abuse cases in England and Wales alone. COVID has only exacerbated the issue according to Refuge, which says calls to its helpline has gone up by 61%.

“The Domestic Abuse Bill is really important piece of legislation,” Tahani continued. “What it will do is make sure that domestic abuse support is offered from different angles, ensuring that those who are victims of domestic abuse get support that they need, and their children, their families do, but also that perpetrators will see justice.”

“Essentially what is enshrined in law is that domestic abuse is a duty of care for society, full stop. I think that very strongly includes employers. We believe, as an organisation, that employers have responsibility to look after the wellbeing of their people, and that includes enshrining domestic abuse policies within the corporate governance approach as well.”

The Domestic Abuse Bill is going through Parliament at the moment and it’s expected that the changes will be passed into law by the end of May. 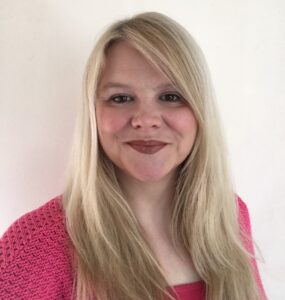 Sarah Haywood, Learning and Development Partner (Infrastructure), Morgan Sindall, spoke about how the ‘number one priority is to protect the health and safety and wellbeing of everyone connected to our business’, was the catalyst for the implementation of a domestic abuse policy at the construction firm.

“One of the things that we did initially, was to talk about something specific, which is the statistics. We turned the statistic of one in four women and one in six men around and based it on our workforce and said ‘X number of men and X number of women in our organisation, have potential suffered, or are suffering from domestic abuse’. That’s then a really stark statistic, because you’ve turned it into our people.

“The primary reason that less than one person a year discloses domestic abuse to their employer, is not necessarily through fear, it’s more that they think their business can’t or won’t do anything to help. So, for us, it was about changing that mindset.”

Summarising the session, the panel gave their key takeaways to help businesses move forward on the topic of domestic abuse.

Watch the seminar in full here.

For more information on the Women in Health and Safety network and to join this free community, click here.

Listen to Heather Beach, Chair of the Women in Health and Safety Network in the UK, discuss how the pandemic has affected the network, it’s plans for 2021 and how you can get involved. Plus, learn about the new International Women in Safety Coalition. If you want to jump directly to the interview with Heather, scroll to 27:34 in the media player below.

The episode also features an in-depth interiew with Gill Kernick about the pressing need to improve building safety culture post-Grenfell, plus an update on the One Percent Safer Foundation.

‘Domestic abuse is everybody’s business and people need to take a stand and listen’ Statistics from before the pandemic show that one in four women and one in six men will experience domestic abuse in their lifetime; 56% of employers say that domestic abuse leads to absenteeism and 54% to a reduction in quality of work...
Ian Hart
SHP - Health and Safety News, Legislation, PPE, CPD and Resources