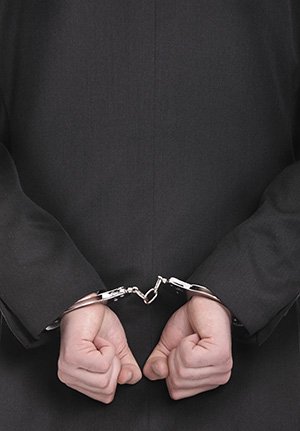 The sanction imposed on company director Mervyn Owens may start to signal a ‘sea change’ in the way culpable individuals are scrutinised and sentenced, argue Paul Verrico and Philip Crosbie.

Corporate manslaughter cases are slowly passing through courts. While the recurring theme remains that of ‘small company prosecuted for lamentable failures’, an interesting development in the way that sanctions are applied arose from the prosecution of Mobile Sweepers (Reading) Limited.

The corporate entity, which local reports say had ceased trading soon after the fatality, was fined a mere £8,000 whereas the company’s sole director, Mervyn Owens was fined £183,000 and disqualified as a companies act director for five years.

Mr Owens was convicted of an offence under section 2 of the Health and Safety at Work etc Act 1974, via the section 37 gateway reserved for senior individuals who consent, connive or attribute to offending through their neglect. A charge of gross negligence manslaughter was left to lie on file.

The prosecution arose following the death of worker Malcolm Hinton, who suffered fatal crush injuries on 6 March 2012. Mr Hinton had been attempting to repair a road sweeper operated by the defendant company at a depot in Hampshire.

To repair a hopper on the vehicle, the sweeper had to be elevated from the ground. A hydraulic function allowed the sweeper to raise itself. The appropriate safe working procedure was for a purpose-built prop to be inserted to support the weight of the hopper in the tipping position.

Unfortunately, the prop could not be used as the sweeper was generally in a mechanically poor condition and the prop had rusted. When Mr Hinton inadvertently cut through a hose while working under the vehicle, the sudden loss of hydraulic pressure caused the hopper, weighing more than half a tonne, to suddenly fall back on to the main chassis of the sweeper and crush him.

The joint police and HSE investigation found that Mr Hinton had no formal mechanical training; he was described in local news reports as a ‘friend of Mr Owens, who worked cash in hand as a driver when the company was short staffed’.

The investigation also found that other sweepers owned by the company were not properly maintained and that record keeping across the business for training and maintenance logs was poor. The physical location of the site was also criticised on the basis that there was insufficient light to see properly to perform complicated tasks.

Section 8 of the Corporate Manslaughter and Corporate Homicide Act 2007 sets out factors for juries to consider in the event of a trial. Key considerations are the extent to which the defendant organisation has fallen below a statutory requirement and also the extent to which the evidence shows that there were attitudes, policies, systems or accepted practices within the organisation that were likely to have encouraged any failure or to have produced tolerance of it.

In light of the prosecution evidence, it is perhaps not surprising that the organisation chose to plead guilty rather than face what may have seemed an inevitable jury verdict.

The prosecution was keen to highlight the ‘culture of blatantly disregarding the health and safety of those who worked there and those who came into contact with [the company]’. Its accident rate was such that even Mr Owens had been previously injured in the course of his duties.

The firm’s finances were also scrutinised; a turnover of just under £200,000 contrasted with only £6,000 linked to spending on maintenance and repairs.

In a first since the introduction of the statutory corporate manslaughter offence in April 2008, His Honour Judge Guy Boney QC, passing sentence, ordered that the first Publicity Order, drafted by himself, be published. The order required the company’s conviction to be publicised in the Basingstoke Gazette and Newbury Weekly News.

Compliance with the order was achieved on 10 April 2014 in the legal notices of the Basingstoke Gazette.

More significant is something that was raised during Owens’ mitigation, where it was reported in the local press that a new company, Owens Sweepers Limited, set up by Owens around six months after the tragedy, was operated in a ‘completely different way’.

The mobile sweepers case suggests a possible new approach from the court when dealing with so called ‘phoenix’ firms.

Bryn Thomas Crane Hire Limited was sentenced in April 2011 following a string of failures that led to the death of Richard Thornton in March 2007. Mr Thornton was helping to construct a new warehouse floor when a mobile crane attempting to move a steel column fell onto him.

HSE’s investigation found that the crane was poorly maintained, physical control measures were inadequate and alarms were inaudible. The crane simply was not capable of lifting the load at the height of the actual operation and topple was inevitable.

Because the company went into pre-pack administration three months before the sentencing hearing, it was fined a mere £4,500. At the hearing, the judge stated that an appropriate fine (three years ago) would have been £300,000 for a company that was not in administration. Its last filed accounts showed a pre-tax profit of over £800,000.

After placing the company into administration, the directors then bought out the business, trading under Bryn Thomas Cranes. The similarities are obvious.

In August 2011, Foxtel Limited was fined a derisory £1 after an employee, Noel Corbin, fell 13.5 metres from the roof of a four-storey residential building while trying to fix a TV dish. The Old Bailey heard that safety equipment found in the employee’s van was unsuitable for the type of work he was undertaking — he was working on a satellite TV dish on the property’s roof apex and had accessed the roof via a dormer window.

HSE concluded that as soon as Mr Corbin stepped on to the roof, he was at a high risk of slipping, tripping or falling. Again, the company had ceased trading and had no assets at the time of sentence. A very similar business with the Foxtel name has since restarted trading from the same address.

Labour MP Luciana Berger was so incensed by the apparent resurrection of similar entities that she tabled a bill proposing an amendment to the Health and Safety at Work etc Act 1974. The proposed amendment intended to give inspectors power to seek a court order to freeze a company’s assets following a workplace death or serious injury.

While there is undoubtedly some merit in considering a new power to seize or freeze assets, it could also arguably encourage the less scrupulous to engage in creative financial planning. There could also be some debate about when seizure could be affected, at the time of the incident, the start of the court process or at the point of conviction, when it might be too late.

By prosecuting owners and directors — and for the courts to evidence displeasure by imposing the levels of fines such as that imposed on Owens, the regulatory regime becomes arguably more effective. Those involved in the ongoing operation of a business, who may, such as Owens, have very casual attitudes to maintenance and proper training and engagement of workers, need to consider the potential personal impact that such a failure may have.

Also significant is the five-year directorial disqualification. A recent Freedom of Information Act request to HSE confirmed that in the last three years, only seven directors have been disqualified following a safety conviction.

The sanction imposed on Owens may start to signal a ‘sea change’ in the way culpable individuals are scrutinised and sentenced after a serious incident.

Those who are left behind following a fatality often look for someone, rather than something, to blame. Seeing a senior director or owner in the dock, receiving a significant personal sentence may, in some small way, give satisfaction that they have not ‘got away with it’ — something that the family of Mr Corbin and Mr Thornton were denied.

In a recent Court of Appeal case the Lord Chief Justice stressed that, in determining the appropriate level of fine for a safety or environmental offence, the sentencing court must consider not only the seriousness of the offence but also the offender’s financial circumstances.

For large companies, the sentencing principle of ‘bringing home to the directors and shareholders the seriousness of the offence’ was reiterated.

For solvent companies, this will mean that the extent of executive pay shall be scrutinised, including the size of any bonuses and their correlation to safety performance. The court approved the concept that any director bonuses should be very significantly reduced in circumstances where safety performance was flawed: the prospect of a significant reduction of a bonus should incentivise directors to pay the highest attention to protecting the lives of those at real risk from the undertaking’s activities.

The £200,000 fine imposed on Mid Staffordshire NHS Foundation Trust in April 2014 for health and safety breaches over the death of a diabetic patient, demonstrates that such principles are not confined to private sector profitmaking companies.

The sweepers case is not notable because it is a corporate manslaughter case; it is noteworthy for the way in which the court approached sentencing of a company and its director where it appeared that a phoenix firm was likely to arise. It also demonstrates the current approach to sentence.

Prosecutors and the courts are starting to ‘find their way’ with corporate manslaughter, with health and safety offences offering a ‘safety net’ if a conviction is not secured. Only time will tell if current trends continue.

Paul Verrico is a principal associate and Philip Crosbie is a senior associate at Eversheds.