Is it right to silence Big Ben for workers’ hearing? 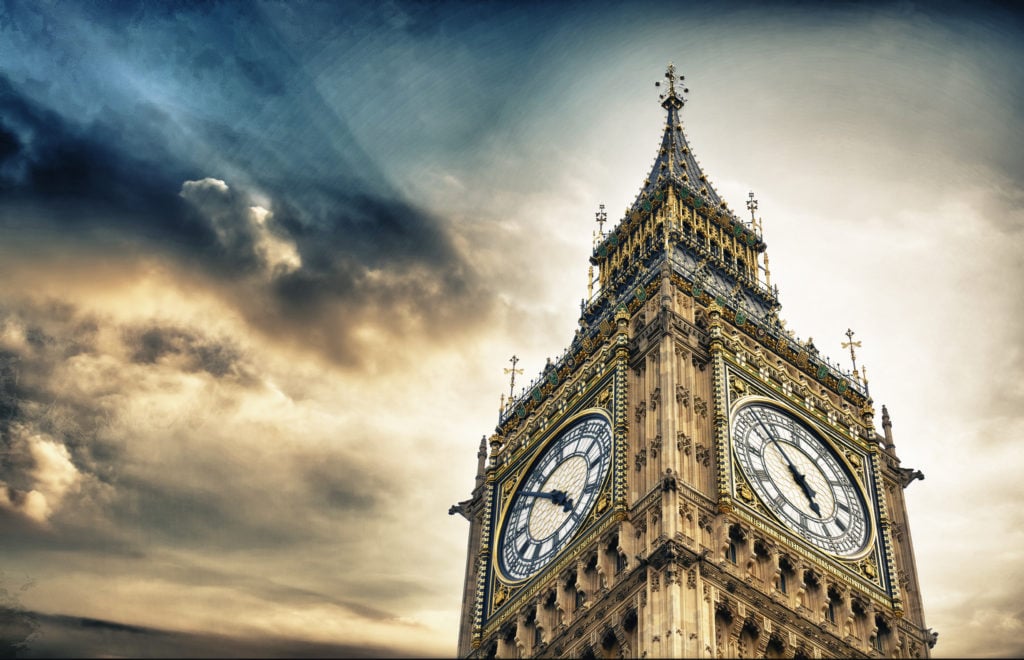 Next Monday the most famous clock bell in the world will stop chiming to protect workers from its loud noise during restoration work. SHP assesses the case.

Although national news stories have inevitably focused on the fact the 156-year old structure even ‘kept chiming during WW2 and the Blitz’, this is not the first time the bells have fallen silent. And it happens fairly regularly, as birds, faults and other issues have meant workers need to get it going again.

But in terms of long-term silent periods, this has happened before. The bell did not chime for a period of around nine months when the clock underwent a major overhaul in 1976. Significant conservation work was carried out between 1983 and 1985, and it was silenced for a time during this period.

Again, in 2007 the bells were stopped for a period of 6 weeks, while essential maintenance works were carried out. 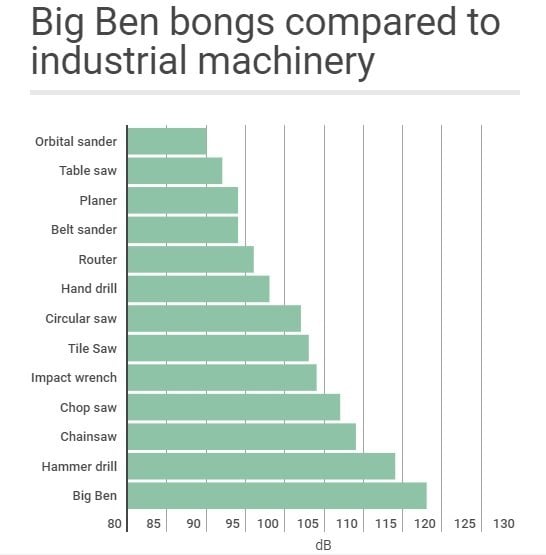 The previous periods of silence were not to protect workers’ hearing though. This makes the current restoration project unique.

So how loud is Big Ben? The answer is, unsurprisingly, very loud.

Big Ben’s chimes have been measured at 118 decibels. This makes it louder than a hammer drill and the majority of regularly used construction and industrial equipment (see graph).

Official guidance by the Health and Safety Executive states any regular exposure of more than a minute to sounds in excess of 110 decibels would cause permanent hearing loss. Big Ben easily falls into this category.

There is also an exposure limit value of 87 decibels, taking account of any reduction in exposure provided by hearing protection, above which workers must not be exposed.

Indeed, a spokesperson for the parliamentary authorities said the chimes were being stopped to provide a safe environment for the workers that will be on scaffolding.

Constant proximity to the chimes would ‘pose a serious risk to their hearing, and prevent efficient working’, they said. 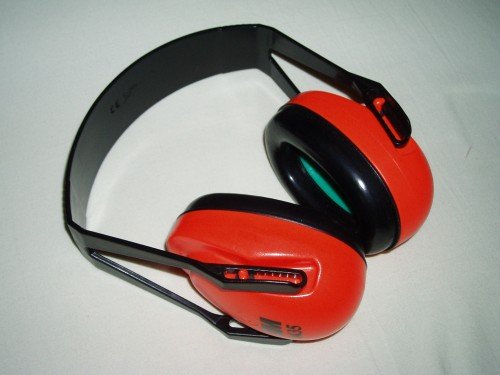 There are probably are fair number of readers that are thinking: ‘Why not just buy some PPE and get the team to wear ear defenders on site?’

Well, this question has indeed been answered by the restoration team.

A spokesperson for the work told the Evening Standard that clock mechanics who work on Big Ben currently get ear defenders, but are exposed to the ringing bells for only short periods of time each week.

“People will be working on the scaffolding day-in day-out throughout the works, and, while protective headgear could be provided, it is not desirable for individuals working at height to have their hearing obscured as there is concern the ability to hear each other and any alarms could be affected.”

When exactly does Big Ben stop – and for how long? 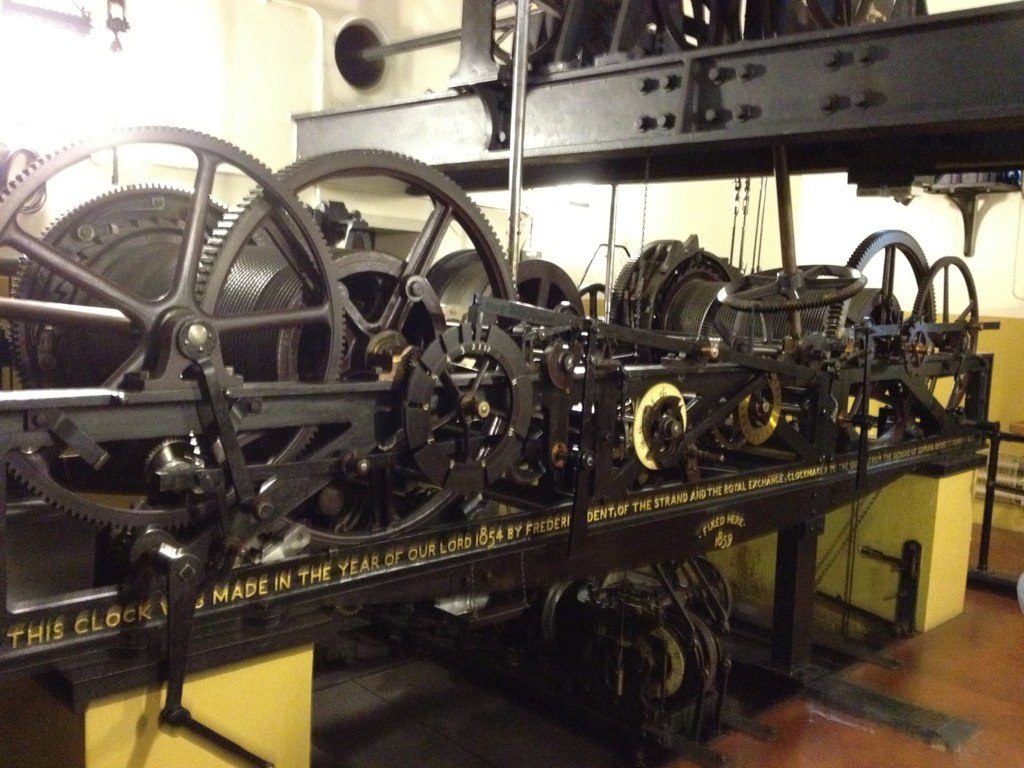 The Great Bell’s striking and chiming will be paused until 2021 to ensure the prolonged safety of those working on the project.

There is also a fire safety angle and health and safety for visitors to the works on Big Ben.

The tower ‘needs to be brought in line with fire prevention guidance, and health and safety measures for staff and visitors need to be improved’, the authorities said.

In order to provide a better means of emergency evacuation, and to improve accessibility for a wider range of people, a lift will also be installed within the existing ventilation shaft of the Tower.

A recently conducted feasibility study of the Tower has shown that this work cannot be delayed until the larger scale regeneration project due to begin in the 2020s, and as the Tower has not been extensively renovated for over 30 years, it now requires ‘urgent attention’.

The Regulatory Reform Order (fire safety) 2005 (RRO) requires Parliament to comply with current fire safety requirements by 2018. At present, the Elizabeth Tower is not compliant, and alterations must be made to meet these requirements.

There are also a number of workplace health and safety risks which must be addressed in order to ensure the safety of those working in the Tower and visitors. This includes implementing a solution to ensure that in the event of an emergency, a casualty could be evacuated from the Tower as quickly as possible.

The move is part of a £29m three-year programme of essential works to conserve the Elizabeth Tower, the Great Clock and the Great Bell, also known as Big Ben are due to begin early 2017.

As the Tower is 96 metres tall, scaffolding is needed to enable workers to reach high levels safely. Scaffolding will be dismantled as the work is completed from the top, and at least one clock face will be on show at all times.

Rt Hon Tom Brake MP, Spokesperson for the House of Commons Commission, said: “The Elizabeth Tower is a symbol of the UK’s democratic heritage and forms part of a UNESCO World Heritage Site.

“We have a duty to ensure that it is safeguarded for future generations to appreciate, just as we owe it to our predecessors to restore their masterpiece to its former glory. While these works are much needed in the short-term, they will also ensure the long-term future and sustainability of Big Ben.”

Steve Jaggs, Keeper of the Clock, said: “This historic clock is loved by so many people. It is both an honour and a great responsibility to keep it in good working order for public enjoyment. Every day our team of highly skilled clock mechanics cares for this Victorian masterpiece but, in order to keep the Clock ticking, we must now take the time to thoroughly inspect and restore it.

“These essential works balance value for money with Parliament’s custodial responsibility to the building as well as to those visiting and working in the Elizabeth Tower. This project will enable us to give one of Britain’s most famous landmarks the TLC it so desperately needs and deserves.”

Click here for more information and to download this eBook
Is it right to silence Big Ben for workers’ hearing? How at risk are workers from the noise of the Great Bell?
James Evison
SHP - Health and Safety News, Legislation, PPE, CPD and Resources

£60k fine for farm after employee crushed during demolition project

Of course this must happen. Why risk the hearing of all those workers for the sake of history. it simply isnt practicable to expect those workers to wear hearing protection for that length of time as this is obviously a major project,. do it safely !

I agree. However a known noise, of known frequencies and duration is surely the perfect place for a company to supply noise canceling hearing protection tailored to the situation.

I suppose the do-gooders that want to expose our workforce to unacceptable risks also consider that the risk of vibration damage to scaffold fixings in contact with brickwork in the vicinity of the bell is also acceptable and if a fixing is missed on a regular inspection and subsequently fails this would be classed as acceptable. Or possibly more likely there would be a public enquiry when the scaffold fails and someone falls and these ‘do-gooders’ would then start asking for someone’s head on a block and demanding to know why more wasn’t done to mitigate the risk in the… Read more »

Hear, hear, safety first… A sensible promotion of hazard elimination as your top hierarchy of control, rather than over-reliance on PPE (i.e. last line of defence).

ear defenders are available that allow only 80db levels to pass to the ears and block all higher rates. These are worn by railway workers so as to be able to use radio and communicate with each other without the need to remove the hearing protection

Not quite true; these ear defenders let sound below 80dB pass unfiltered, and “switch on” at 81 dB. The amount by which they reduce sound levels depends on the construction of the ear muffs. No ear muffs can reduce sound level by more than 30dB, so Big Ben would still sound at 88 dB, well above safe limits.

I doubt there is a non-Daily Mail reader alive that thinks the provision of hearing protection would be a suitable control measure for this kind of work. These guys are working on precision equipment that is very old, in many cases fragile and with many tasks being undertaken at height. It is impossible to contemplate this work being undertaken without the bells being silenced.

I am certain that 100% of health and safety professionals, including those at the Daily Mail, would agree with the plan to silence Big Ben whilst until the work is complete.

This is what is wrong with this country, how can a refurb of a tower take 3 years and cost £29 million, it will be another £10 million on top of that before the project finishes. Someone somewhere, probably the original contractor (the ceo, managing director and other directors) who has been awarded the job, will be laughing all the way to the bank. It would not surprise me if a new company was formed especially to manage this work.

120 dba not good even with ear muffs etc…

Yes of course the bells should be silenced. Hearing once damaged never recovers, no matter what hearing aids are available. Common sense has prevailed. I certainly hope there is a detailed Method Statement for this work

Good article, and yes the workers should be protected. The methodology is elimination if possible so yes turn off the chimes. Also more to the point the mechanism and the bells are to be stripped down and removed for a major overhaul, so they would have to be silenced soon anyway.

Let’s look at the impact the vibration has on the internal organs of the body next!

Given all the things to be concerned about in this world e.g. terrorist cells, gangs grooming young girls, Brexit, North Korea, etc. What is all this nonsense about silencing Big Ben for the health of workers? If Teresa May had not put her pennyworth in this news headline in the DM would have been tomorrow’s fish and chip paper. I thought she would have learnt her lesson with the Grenfell Tower debacle…obviously not!

There are several brands of electronic over-ear defenders that allow conversation while protecting from loud noises. As far as I am aware none have NRR (noise reduction) better than 25dB. As Big Ben is 118dB one really needs 38dB noise reduction to get to the desirable 80dB level. The only way to get 38dB is to wear ear plugs AND over-ear defenders but then conversation is impossible and safety thereby compromised. There is however one product that allows for such double protection – see http://www.essency.co.uk/GunSonics!