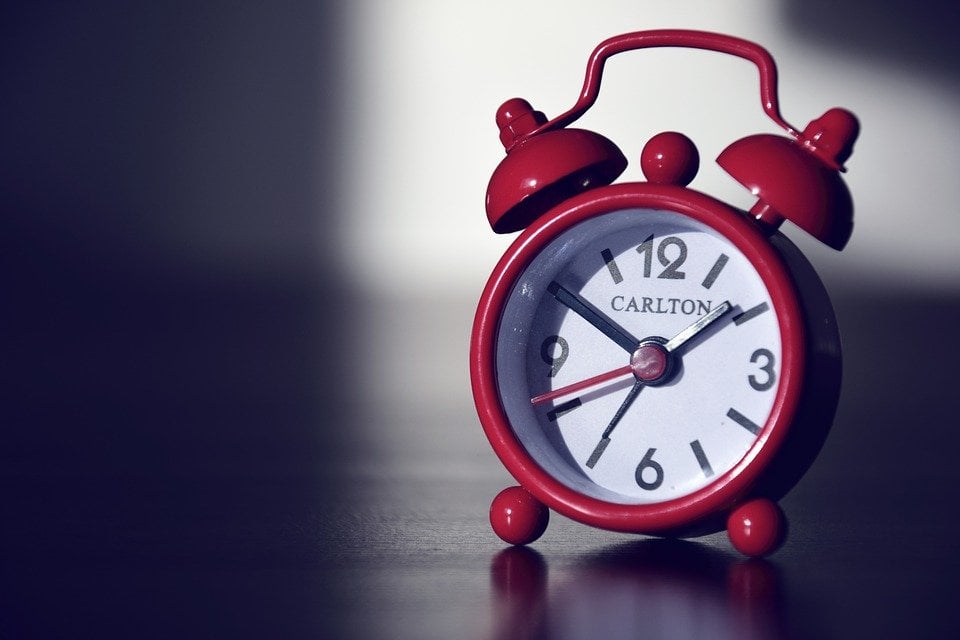 Following on from last month’s “Tired and Tested” article by Dr Vicki Culpin and Philip Crosbie – Clinton Horn, a Health & Safety Manager at BAM Nuttall Ltd, provides an insight into why a lot of organisations’ fatigue management policies do not go far enough to manage the underlying causes.

Although the effects of sleepiness and fatigue has been extensively researched, the multi-layered, complex construct of fatigue has resulted in much of the research, particularly field based studies, being confounded to some extent due to the many endogenous and exogenous variables that “interplay” simultaneously. As a result, there is still no universally accepted and agreed definition for fatigue or how to objectively measure fatigue per se other than for the effects of sleepiness and fatigue that, in turn, can negatively affect cognitive function.

A number of major industrial disasters such as Exxon Valdez, Chernobyl, Space Shuttle Challenger, Bhopal and Buncefield occurred as a result of impaired cognition that were attributed, at least in part, to sleep deprivation and fatigue.

In the workplace this has obvious implications for safety related incidents, particularly amongst shift workers who work on 24hr rotating shift systems or permanent night shifts whose Circadian (physical, mental and behavioural changes that follow a roughly 24-hour cycle) and homeostatic sleep/wake cycle is disrupted and, in conjunction with competing family, social and lifestyle factors, can often result in sleep deprivation, sleep debt accumulation and, ultimately, safety related incidents, if not meaningfully managed.

Taking all of this into account, fatigue management in the workplace often proves challenging for employers and, therefore, often results in “aspirational” fatigue management policies, at best, when compared against the evidence-based literature.

Shift work contributes significantly to the global economy but the prevalence of shift work and night work in the workplace is not new. In fact, a number of major industrial disasters such as Exxon Valdez, The Estonia Ferry, Three Mile Island, Chernobyl, Space Shuttle Challenger, Bhopal and Buncefield occurred as a result of impaired cognition that were attributed, at least in part, to sleep deprivation and fatigue.

According to the National Sleep Foundation (https://sleepfoundation.org), sleep/wake homeostasis is the body’s need for sleep and ensures that we get enough sleep to make up for the hours of being awake. On the other hand, the Circadian Rhythm “regulate(s) the timing of periods of sleepiness and wakefulness throughout the day” with the Circadian low being roughly between 02:00-04:00 followed by a minor, lesser low, around 13:00-15:00.

In contrast, the Circadian peak or acrophase is around 17:00 when we are at our most alert. The severity of the homeostatic need for sleep during the “low” periods will often depend on an individual’s level of sleep deprivation at the time i.e. the more sleep deprived, the greater the urge to sleep.

In essence, the human circadian rhythm dictates that our biological low is in the hours of natural environmental darkness (night time) and that, as humans, we tend to need around 8hrs sleep in the 24hr Circadian cycle with individuals regularly obtaining less than 6hrs sleep/24hrs reporting increased levels of sleepiness and impaired performance.

However, research tells us that fatigue is more than a state of sleepiness and that it can take the form of a physical and/or mental state depending on the nature of the underlying cause but the “link” or common factor in either state is sleep deprivation as a result of disruption to the sleep/wake cycle.

Shift Work and the Sleep/Wake Cycle

By default, 24hr shift systems disrupt the biological sleep/wake cycle and this disruption results in sleep deprivation, sleep debt accumulation and impaired cognitive function/performance that, ultimately, can lead to safety related incidents either in the workplace or even whilst commuting (driving) to and from the workplace.

One reason often cited as to why shift workers who work the late shift or night shift components of a rotating 24hr day/night shift system obtain less sleep and sleep of lesser quality compared to those workers on day shift components, is that although they can generally fall asleep in the morning following their shift without a problem, because they were awake and working during the Circadian low phase, their sleep will often be interrupted by their “day time” Circadian rhythm meaning that they are likely to be sleep deprived for their next shift, especially if their next shift is a consecutive night shift or if rotating quickly between day and night shifts. As a result, there is often a steady decline in cognitive function throughout subsequent shifts.

In addition, there are a number of external factors such as competing family and social influences, sleep disorders and even ill-considered individual sleep strategies that employers have little control over, but yet, directly contribute to shift workers not allocating sufficient time to sleep during their rest breaks between shifts meaning that they arrive at the start of their shift already in a state of sleep deprivation and, as a result, their performance is more likely to be impaired more and more as their shift progresses which, as a consequence, increases the risk of safety related incidents.

There is a strong body of evidence indicating that the longer the rest break between consecutive shifts and when rotating between day and night shifts, the more sleep obtained. Sufficient rest break duration is particularly important within 24hr shift systems because it directly affects the amount of time available for sleep recovery and sleep preparation to alleviate any accumulation of sleep debt caused by rotating 24hr shift systems. This highlights the importance of allowing sufficient days off between rotations to enable adequate recovery sleep.

Traditionally, fatigue management in the workplace has tended to be limited to endeavouring to comply with statutory prescriptive “hours of service” regulations such as the Working Time Regulations (1998). Unfortunately, prescriptive “hours of service” regulations do not discriminate for the effect that the timings of shifts and rest breaks has on the biological sleep/wake cycle or workload intensity. In addition, they assume that workers will allocate sufficient rest break time to sleep of which, research tells us, is not always the case.

Although Bio-mathematical Models of Fatigue (BMMF) such as the Health and Safety Executive’s Fatigue / Risk Index for shift workers are useful and, unlike the Working Time Regulations (1998), do consider the risks associated with the chronological components of various shift systems, they assume that workers will use their rest breaks between shifts for sleep recovery and sleep preparation.

Therefore, if relying solely on the Working Time Regulations (1998) and/or BMMF index models, as is often the case, organisations will not be going far enough to manage the complex construct of fatigue which is why a more “holistic” risk-based approach is often suggested by researchers as illustrated in Fig.1 below as developed by Dawson and McCulloch (2005). The basic premise of the “fatigue-risk trajectory” is modelled very much on that of Reason’s (1997) “Swiss cheese” model that all safety practitioners will be aware of, whereby workplace risks are managed by a series of “gatekeeper” procedural controls within an overall integrated safety management system. 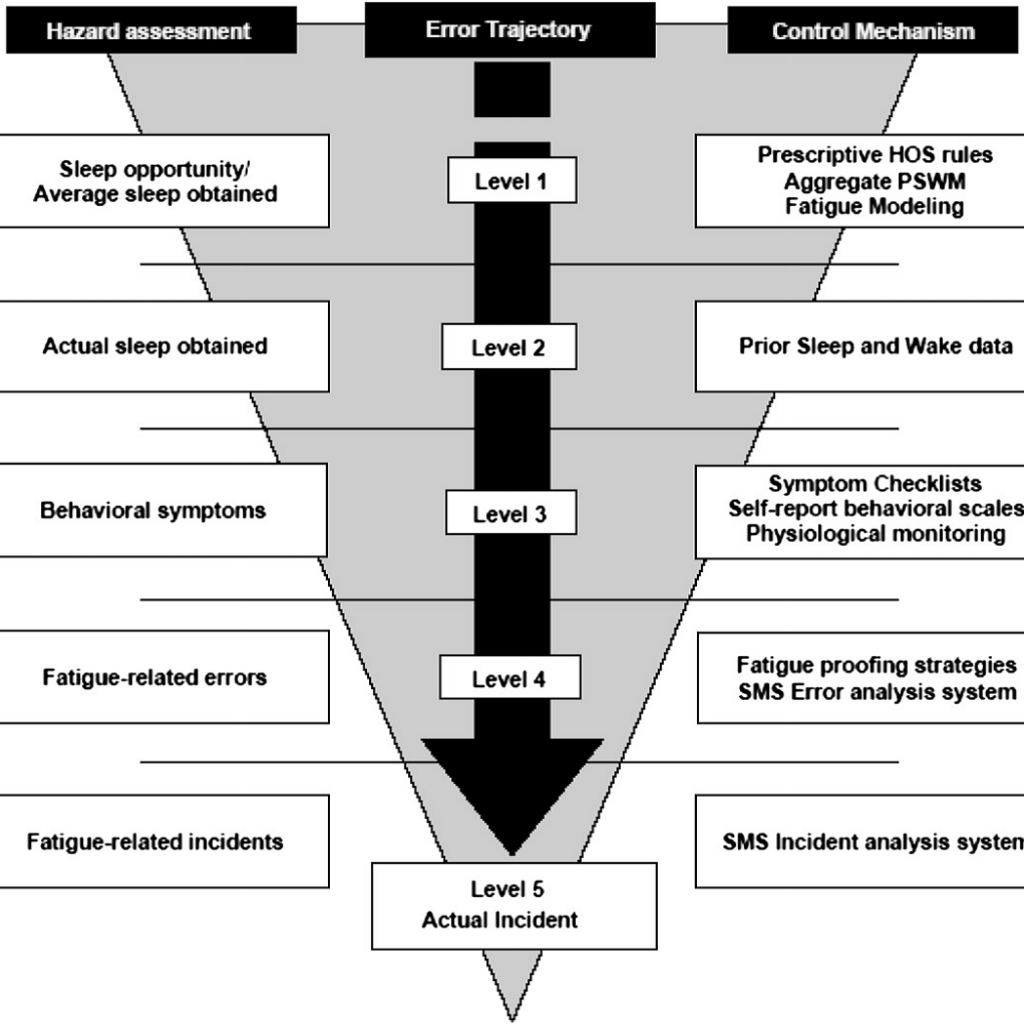 Fig.1. Fatigue-risk trajectory. There are multiple layers that precede a fatigue-related incident, for which there are identifiable hazards and controls. An effective fatigue-risk management system should attempt to manage each layer of risk (Dawson and McCulloch, 2005). HOS: hours of service; PSWM: prior sleep/wake model; SMS: safety management system.

Each of the 5 levels of the “fatigue-risk trajectory” model identifies fatigue hazards with corresponding control measures to mitigate the risk of the effects of fatigue being realised at each level and thereby affording a better chance of preventing fatigue related safety incidents. In addition, and perhaps the biggest advantage, is that the model provides employers with the flexibility of a demonstrable, risk-based approach to managing fatigue where the full spectrum of fatigue knowledge can be maximised to manage the associated risks that include any statutory “hours of service” regulations such as the Working Time Regulations (1998) in conjunction with BMMF prediction models, subjective and objective sleep and fatigue monitoring/measurement strategies and a self-reporting system as part of a robust and integrated fatigue management system.

The “fatigue proofing” strategies at level 4 of the model are capable of doing what prescriptive “hours of service” regulations and BMMF prediction models can’t currently do, namely, implement and monitor controls to at least try and mitigate many of the out-of-work lifestyle factors that employers have limited control over but are known to impact on workers not allocating enough of their rest breaks between shifts to sleep. Such “fatigue proofing” controls could be, for example, through worker fatigue awareness training about the causes and consequences of sleep deprivation and fatigue, how to identify signs and symptoms of fatigue amongst their fellow work colleagues and promoting the importance of a fatigue reporting culture. Level 4 also allows employers the flexibility to implement additional fatigue management controls at times of exceptional circumstances such as absenteeism or when working hours need to be temporarily increased to meet production deadlines or in the event of an emergency without compromising on safety. Level 4 “fatigue proofing” strategies can also be used to implement additional on-going controls for individuals and work tasks that are considered at a higher risk of fatigue or where the safety related consequences of fatigue could be catastrophic. 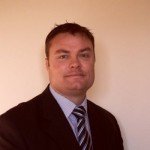 Clinton is currently researching fatigue management in the tunnelling and wider construction industry as part of his MSc (Occupational Health & Safety Management) with Loughborough  University.

How is your Fatigue Management Policy working for you? - Mosaic Management Systems