Cruise control: How safe is the film industry? 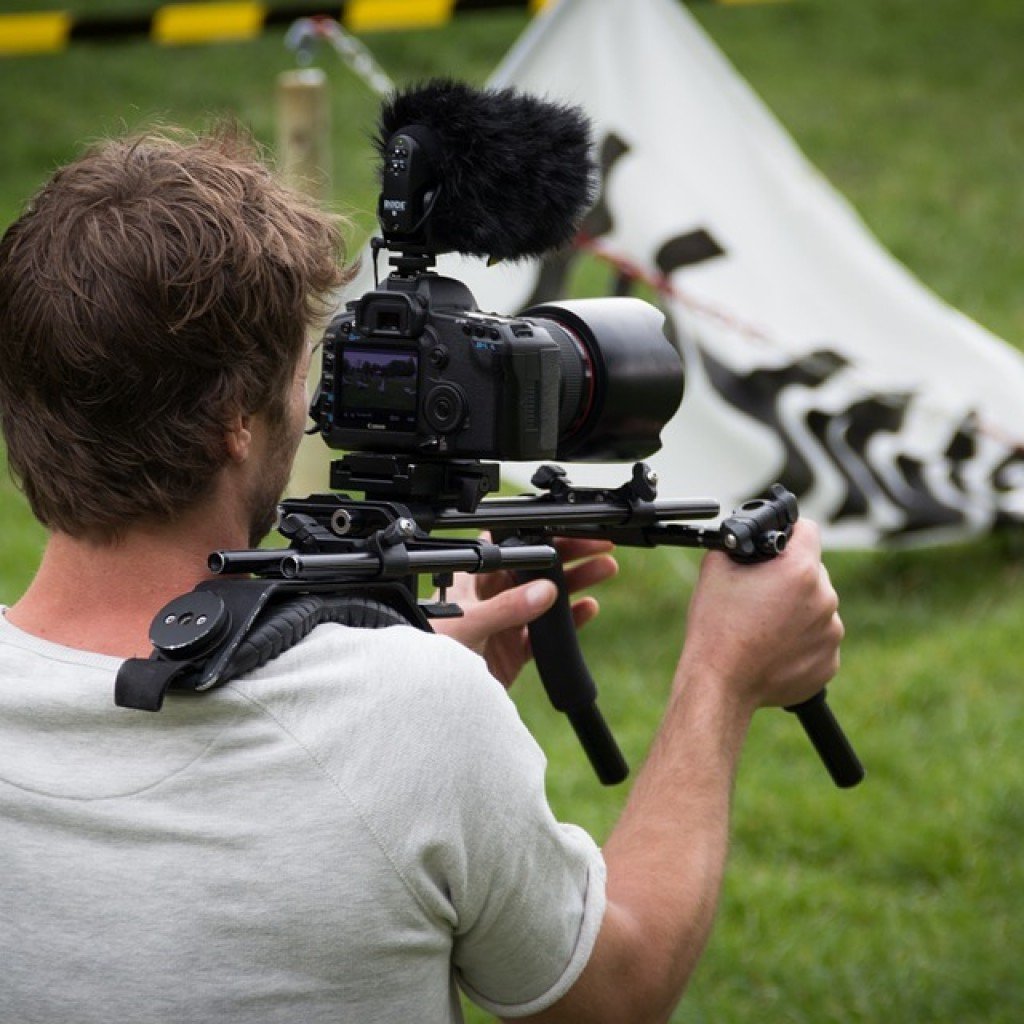 Following the death of a motorcyclist on the set of Deadpool 2, and Tom Cruise breaking an ankle on-set in London, SHP asks: just how safe is the film industry?

Tom Cruise’s stunt could be a watercooler topic across health and safety departments. After all, he has broken his ankle while working at height. So here is the question: Should a 55 year old man jump from an elevated platform onto a roof?

Does it matter for the risk assessment that he is Tom Cruise, notorious for doing his own film stunts? Does it even matter that it was for a film with dangerous action sequences?

Sadly, in an even more serious case this week, and to illustrate just how dangerous the film industry can be, a motorcyclist has died on the set of Deadpool 2. This follows the first death in 17 years of a stuntman on American soil during filming of The Walking Dead in July.

Stuntwork accounts for over half of all film-related injuries, with an average of five deaths for every 2,000 injuries. And from 1980 to 1990, there were 37 deaths relating to accidents during stunts. 24 of these deaths involved the use of helicopters.

So, just how dangerous is the film industry, and how has its attitude to health and safety changed over the decades?

Tom Cruise’s broken ankle and stuntperson deaths are certainly not the first of the film industry’s incidents. Indeed, the business has been littered with incidents across more than a century. Sadly, some of them have been fatal, and many have involved some of the biggest names in the industry.

In the early years of film, between 1925 and 1930, almost 11,000 people were injured during film productions in California alone, and a staggering 55 died. An alarming video of Buster Keaton highlights quite how dangerous the industry was during the first part of the twentieth century:

Three men drowned when 15,000 gallons of water was poured onto extras during the filming of Noah’s Ark in 1928 illustrating another such example of how cavalier attitudes were to health and safety.

Numerous incidents in big budget films occurred in the following decades, including on Ben Hur, where a stuntman died during filming the chariot scene in Rome.

On The Wizard of Oz (1939) Margaret Hamilton was badly burned during a scene in which her character “vanished” in a burst of flame and smoke. A delay in activating a trap door left her exposed to the pyrotechnic device. Her stunt double was also injured in a scene. Buddy Ebsen suffered a severe allergic reaction to his Tin Man makeup that resulted in a collapsed lung and lifelong breathing issues. He was unable to continue working on the production.

During the filming of one of Stanley Kubrick’s most memorable scenes in A Clockwork Orange, where Malcolm McDowell has his eyes forced open, the actor scratched his cornea and suffered temporary blindness.

And it isn’t just stuntpersons and actors that get injured on-set either. Director Orson Welles fell down the stairs on the set of Citizen Kane and was confined to a wheelchair for a fortnight with a chipped anklebone.

One of the most tragic and industry-defining cases came during the filming of Twilight Zone: The Movie in the early 1980s when a helicopter killed actor Vic Morrow and two child actors when it became caught in the pyrotechnics of the production and its blades spun out of control, fatally injuring the actors.

An investigation into the incident discovered 36 safety violations and new codes were subsequently implemented, following a lengthy lawsuit that lasted for more than a decade.

The new legislation worked – incidents fell by 70% on sets – but there were still six deaths during this period. However, in the United States, it was then 17 years before another death.

Sadly, though, the death of SJ Harris on the set of Deadpool 2 is one of a string of recent incidents relating to stunts and stuntpeople.

Daniel Radcliffe’s stunt double David Holmes suffered a serious spinal injury during the filming of an aerial sequence in Harry Potter and the Deadly Hallows, which left him paralysed. Holmes fell to the ground following an explosion that was part of the stunt.

Stuntman Scott McLean suffered brain damage while filming, The Hangover 2, in Bangkok, after a taxi he was leaning out of the window of failed to dodge another stunt vehicle, causing McLean’s head to collide with it. He sued Warner Bros over the incident.

While filming in Bulgaria, a stuntman was killed and another was left in critical condition during a staged explosion on a rubber boat during the filming of The Expendables 2.

As recently as July this year, a stuntman for the TV series The Walking Dead, John Bernecker, died from his injuries following a fall on set in America. It was the first stunt-related death in 17 years on US soil.

Another occupational safety and health issue for actors is noise-related. Action films often rely on guns, and safety around them appears to be fairly loose.

Both Linda Hamilton and Bruce Willis are amongst actors that have suffered hearing issues following work on films where they did not use earplugs and yet fired guns.

Jennifer Lawrence also burst an eardrum while on the set of the Hunger Games. 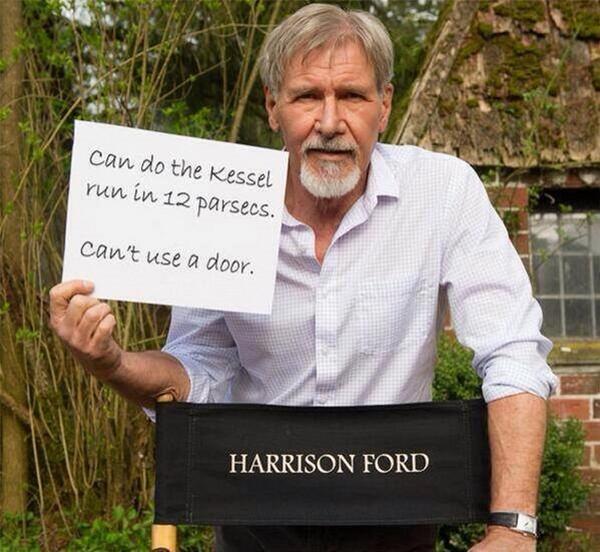 A famous example of recent health and safety issues is when Harrison Ford (pictured) was seriously injured on the set of Star Wars in the UK three years ago. It was a big-budget pay out for the production firm, £1.6m, and it was stated there had been a serious risk of death to Ford.

Aylesbury Crown Court heard how a combination of preventable events, starting with how the door was designed, led to the incident. During dress rehearsals on the 12 June 2014, Harrison Ford walked back towards the entrance ramp of the Millennium Falcon and pressed the prop door button to ‘close’ the door.

As the cameras were not rolling he did not expect it to close. The production crew member who was operating the prop believed they were in full rehearsal and closed the door.

The door’s steel frame was overlaid with sheets of metal and had a tapered edge. It’s operation moved from ceiling to floor in a sharp downward motion. It did not have any automated safety mechanisms to cut out if a person was unexpectedly under the door.

A spokesman for the Health and Safety Executive (HSE) compared the power of the door’s drive system “to the weight of a small car”. 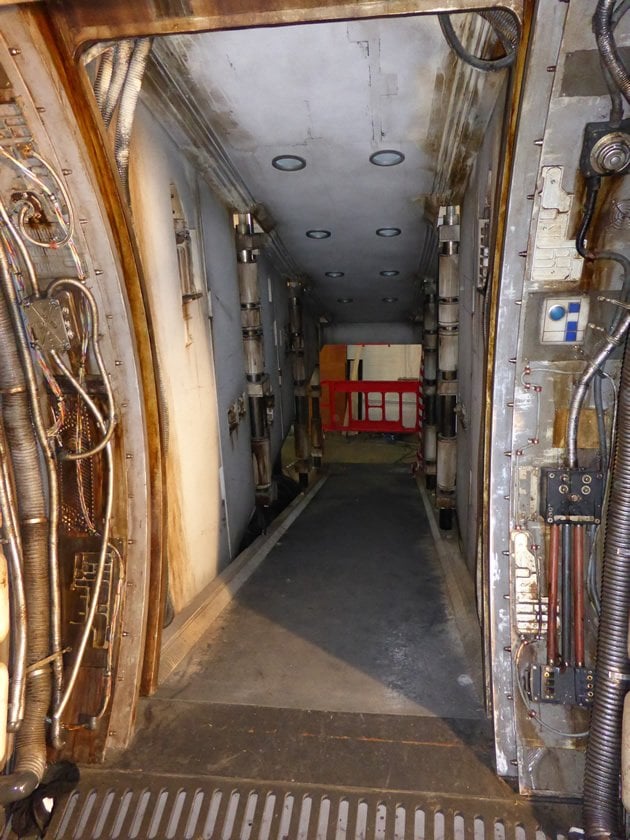 The risk of the door causing a serious injury or death had been highlighted by one of the health and safety officers for the production company. Foodles Production (UK) Ltd should have put a system in place to ensure the actors and production workers were protected. A different design with inbuilt safety features or using a different material could have guarded against any possible miscommunication on a busy film set.

HSE’s Divisional Director Tim Galloway said at the time: “This incident was foreseeable and preventable and could have resulted in more serious injury or even death. The power and speed of the door was such that, had Mr Ford or anyone else had been struck on the head by the door as it closed, they might easily have been killed.

“It was only the almost instantaneous actions of the prop operator in hitting the emergency stop that prevented the door from continuing to press down on Mr Ford as he lay on the floor.

“I think everyone would accept that all the people who work in the film industry have a right to know that the risks they take to entertain us, including when making action movies, are properly managed and controlled.”

Tom Cruise is one of several A-list actors that do his own stunts, and he has done so across his career. Some of his stunts have been extremely dangerous, and it is usual for him to talk about his ‘dance with death’ during interviews to promote his films. The Daily Telegraph has helpfully put together a list of his most dangerous stunts.

In this latest incident, in the UK, the full setup can be seen. There is guardrailing on the side of the scaffolding, the film crew and assistants are wearing high-visibility jackets, and ropes for at height working appears to be in place.

Cruise also appears to have on a safety harness, which enabled him to quickly return to the platform he jumped from, and seek assistance from the film crew.

It has subsequently been discovered that he broke his ankle in the incident.

Official guidance for film and TV companies when assessing and managing risks.

The Health and Safety Executive states:

Risk assessment is a fundamental part of managing health and safety and helps you to identify hazards and control the risk they create for those involved in your TV or film production.

The process requires you to:

There is also a downloadable guide to the legal duties of audio-visual productions from the HSE. 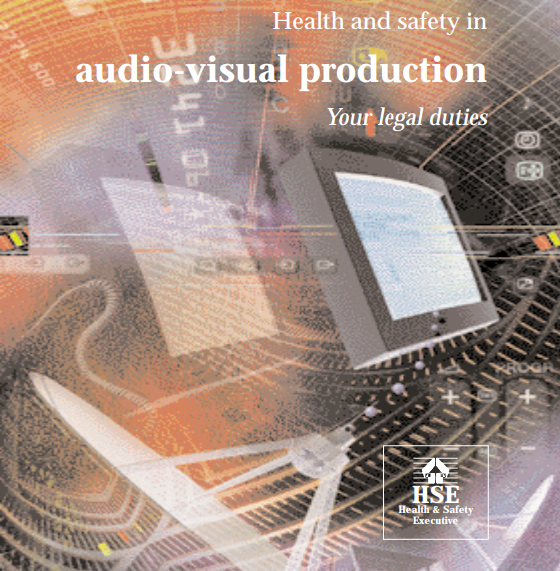 The BBC also has a comprehensive guide to stunt management and the safety risks associated with productions.

Here is the top-line:

We define a ‘stunt’ as a very carefully controlled feat or act requiring specialist physical and mental skills, performed for artistic purposes in television, theatre or film to simulate action sequences. The action typically presents a significant risk of injury and back-up safety measures often can’t be used for continuity reasons. The range of action sequences you can hire a stunt artiste to perform is wide, including falls and tumbles, high-wire work, vehicle jumps / crashes, fight sequences, jerk-backs, etc. Although there might be some cross-over with other professional disciplines (e.g. sports or adventure activities), stunt action isn’t constrained by the rules or codes of conduct that govern the safety of these disciplines.

You can read the rest of its advice here.

How does HAVS impact the rail sector?

What an enlightening article, great to see this tour through film history through a safety lens, very well done. HOWEVER I do have a (pretty big) issue with the concluding question: “Should Cruise have been allowed to undertake the stunt?” Should he ‘HAVE BEEN ALLOWED TO’? Cruise is a professional actor (and, arguably given his experience, at least a ‘semi-professional stuntman’). This is not a case of ‘permission’, it is a clear choice for him as a grown adult and professional – not to mention his earning of $75 million USD for Mission Impossible 2. The article goes on to… Read more »