Best of SHP 2017: Back to school…but how safe are teachers and children?

Kids are back to school and the start of another year of education is underway. But, SHP asks: just how safe are the UK’s learning environments?

Last month the chief inspector of schools Amanda Spielman made a surprising intervention in health and safety culture at schools.

She said schools had to stop ‘wrapping children in cotton wool’ and must do more to ‘distinguish between real and imagined risk.’ Children should even stop wearing high-visibility jackets on school trips.

Spielman said the ‘over-cautious culture’ was making children unable to cope with ‘normal everyday risk’. It would now be challenged by inspectors, who would be trained to reward a well managed, risk-taking environment.

So how safe are schools? And are the examples of bursting balloons and sports days being cancelled because of ‘dew on the grass’ really an issue? 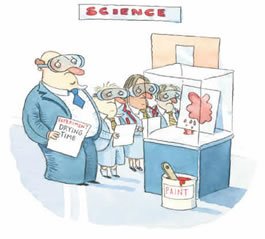 Spielman’s reference to ‘real’ or ‘imagined’ risk is critical to understanding her comments – and how they are reflected in HSE guidance.

In the Health and Safety Executive‘s guidance on school trips, it makes specific mention of this ‘imagined risk’ issue.

The HSE says ‘trivial and fanciful’ risks should not be a concern when doing a risk assessment – and instead should ‘focus attention on real risks’.

It is only in trips where there is a genuinely higher risk, such as climbing, caving, water-based or at-height activities that a higher-level of bureaucracy is required with a detailed risk assessment and proper planning.

Indeed, all of the HSE’s guidance supports Spielman’s comments on real against imagined risk.

There is a whole section on ‘beyond sensible management’ – i.e. over-zealous policing of health and safety in schools.

The top lines are:

The HSE also has a number of resources to assist in creating a balanced culture, such as the easy to complete classroom checklist form.

Articles on health and safety in schools often make reference to places that have banned snowballs or conkers or not let children do science experiments.

Here are a few typical national newspaper articles about ‘health and safety killjoys’:

The HSE has exploded this myth on its website with its health and safety myths at schools page.

It even references an experiment in which ex-chair of the HSE, Dame Judith Hackitt, had her hands set on fire – safely, of course – as an illustration of how properly managed risk should never be a deterrent in a school.

The Executive’s ‘myth busting’ tool has a special page specifically for schools and learning environments. The length of this page and number of myths it has to dispel shows how far reaching imagined risk has spread in some schools.

Some top myths busted include: not being allowed to use toilet roll centres for play; and the issue around bursting balloons. The latter it describes as ‘a lot of hot air’.

The reality is though- as shown in the examples below – there are real risks in the school environment. And the idea of banning snowballs should definitely be put to one side by senior managers and teachers against issues around asbestos, chemicals, slips or falls.

Laboratories are a big issue, as SHP reported last year, when the HSE affirmed the need for schools to assess this as a real risk following an incident in Bristol.

The incident happened in a chemistry laboratory, where a technician lost parts of three fingers and sustained a serious internal injury, while preparing a highly sensitive explosive for use in a ‘fireworks’ demonstration to a class of children.

HSE said the incident could have been avoided if the school had implemented clear management arrangements to control and review the risks posed by the chemicals used in its teaching activities.

Another real risk is slips and trips, which is also one of the biggest risks across the whole of the workplace, not just in schools. But there are specific risks for educational environments, including in areas such as canteens and high-footfall areas.

Sites can be busy with large numbers of people moving around at the same time – often rushing.

The HSE has a series of case studies on some of the most at-risk areas:

Another associated real risk is falls from height, both from non-educational staff, such as caretakers, and teachers on ladders or stools.

SHP reported last year about a teacher that was conducting rigging and adjustments to spotlights and cabling in the school drama studio when he fell from the ladder. A fellow teacher present in the room turned to find her colleague had fallen and was unconscious having suffered multiple fractures to the skull, wrist and elbow as a result of the impact.

The school, Queen Elizabeth’s Girls’ School of Barnet, North London, had inadequately risk assessed work at height in its Drama Studio and had failed to provide the teachers conducting the work with sufficient training for work at height, despite these matters being requirements in its own health and safety policy.

The school also had a health and safety e-learning tool available for teachers and other staff to use, which included a module on work at height, but this was only made mandatory after the incident.

Also last year, SHP reported on a case from 2014 where a maintenance team at the school was working to replace components on a bay window of a residential flat within the school grounds.
A 63-year-old employee was working on the roof of the bay window when his foot got caught and he fell approximately 2.6metres to the ground below. He was taken to hospital and was found to have suffered injuries including a broken collarbone and chipped vertebrae.
An investigation by the Health and Safety Executive (HSE) into the incident found that there were no effective guardrails or any other means of protection to prevent workers from falling from the roof. There were no supervisory arrangements and the work was not carried out in a safe manner. 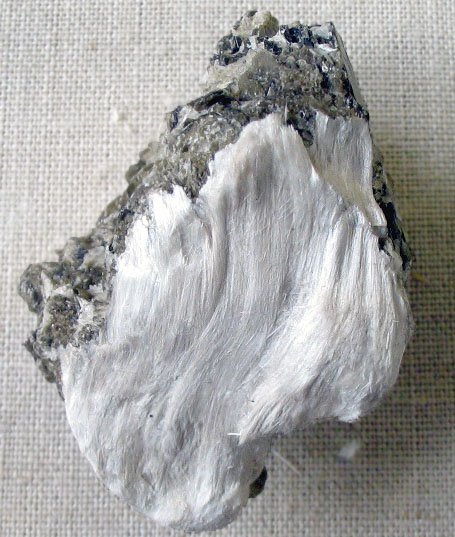 This is one that really is top of the list of safety risks in schools. System buildings constructed during the period 1945 t0 1980 were widely used for the construction of school premises.  These buildings can have structural columns fire proofed with asbestos containing materials (ACMs).

SHP reported last year that councils had paid out at least £10m in compensation to people who developed illnesses because of asbestos in school buildings. The BBC had obtained figures that show that in the past decade 32 councils have settled claims from former teachers, school staff or pupils.

The National Union of Teachers says up to 300 adults die each year because of exposure to asbestos while at school.

The government says it is investing £23bn to improve school buildings, but campaigners warn that the presence of asbestos in schools continues to put pupils lives at risk.

Also, a study earlier this year by the Department of Education highlighted the continuing risk to schools and the need to monitor and manage asbestos. It said that asbestos was still a ‘serious’ problem and that a number of schools were not fully compliant with the guidance set out.

Aware of the on-going concerns, the HSE has created a page on the management of asbestos in schools.

The page includes a checklist for educational establishments to use in order to ensure compliance and safeguard children, staff and parents.

There is also a handy collection of additional guidance on management and a frequently asked questions page:

Click here to view SHP's coronavirus advice for employers hub
Best of SHP 2017: Back to school…but how safe are teachers and children? SHP asks: just how safe are the UK's learning environments for staff and children?
James Evison
SHP - Health and Safety News, Legislation, PPE, CPD and Resources

What about “HOW HEALTHY going back to school” is ? Or is the biggest risk being a functionally poor or slow reader ! Physical safety cannot be separated from the emotional and/or mental health risks where the psychosocial element in education is too often ignored in favour of being academically judgmental. In terms of Risk Assessment, as if it were a workplace and in many ways both pupils and employees are captive, the pressures and demands to perform well, be productive and compliant are identical. However, children are not yet adults, lack the emotional maturity to deal with “approval deprivation”… Read more »

The issue I have is that this message will not get through to some parents and solicitors. The problem is being driven largely by the legal system despite the efforts of the likes of the Heads of HSE and Ofsted. I wonder if Amanda Spielman and Ofsted will indemnify all schools against the claims they receive each year for injury claims, sometimes real, sometimes perceived . In addition the time and stress on school staff in defending the claims can leave its mark with many not being resolved for a year or more. I was involved in a case involving… Read more »