Ian joined Informa (formerly UBM) in 2018 as the Editor of SHP. Ian studied journalism at university before spending seven years in online fantasy gaming. Prior to moving to Informa, Ian worked in business to business trade print media, in the automotive sector. He was Online Editor and then moved on to be the Editor of two publications aimed at independent automotive technicians and parts distributors.
September 18, 2019

Transport for London (TfL) has confirmed that an engineer has been killed whilst working on travellator at Waterloo Station. 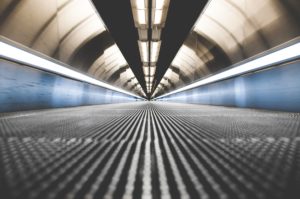 A contractor has been killed whilst working on a moving walkway between platforms at Waterloo Station in the early hours of Wednesday morning. The man, who has since been named as 44-year-old Christian Tuvi from Cambridgeshire, was treated by paramedics at the scene, before being pronounced dead at 02:20 BST.

His death is being treated as unexplained and is currently being investigated by British Transport Police. It said in a statement: “Officers were called just after 2.20am this morning (Wednesday 18 September 2019) to London Waterloo Underground Station following reports that a contract worker had received an injury.

“London Ambulance Service and London Fire Brigade were already on scene and it became apparent the incident was more serious.

“Lifesaving attempts were very sadly unsuccessful, and a man was pronounced dead at the scene.”

A worker very sadly died at Waterloo London Underground station in the early hours of this morning.

His family are being supported by specially trained officers, and an investigation is ongoing into the full circumstances behind his tragic death.https://t.co/rsebTFBQFN pic.twitter.com/l163A1rnK7

Vernon Everitt, Interim Managing Director of London Underground, has said: “We are also very conscious of the impact this sort of incident has on first responders and station staff, and a full support network has been stood up.

“This is at the very early stages of understanding what has gone wrong here. I would like to reiterate our deepest condolences to the family of the individual concerned.”

Christian leaves behind a wife and three young children. In a statement, they described him as “a hardworking loving father.”

Subscribe to the newsletter ✉️
Waterloo worker death: Engineer killed at Waterloo station Transport for London (TfL) has confirmed that an engineer has been killed whilst working on travellator at Waterloo Station.
Ian Hart
SHP - Health and Safety News, Legislation, PPE, CPD and Resources