Barbour EHS is an online subscription service providing access to essential legislation, guidance and practical tools to help keep you compliant.
May 9, 2022

Last year the government issued a consultation detailing proposals to amend The Highway Code to create rules on the safe use of automated vehicles on Britain’s motorways. It has published a summary of responses received in response to its consultation… 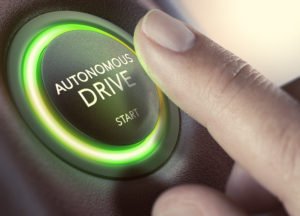 According to the government, the changes to the code will help ensure the first wave of technology will be used safely, explaining clearly that while travelling in self-driving mode, motorists must be ready to resume control in a timely way if they are prompted to – such as when they approach motorway exits.

The plans also include a change to current regulation, allowing drivers to view content that is not related to driving on built-in display screens, while the self-driving vehicle is in control. It will, however, still be illegal to use mobile phones in self-driving mode, given the greater risk they pose in distracting drivers as shown in research.

With self-driving technology rapidly developing across the globe, Britain’s first vehicles approved for self-driving could be ready for use later this year. Vehicles will undergo rigorous testing and only be approved as self-driving when they have met stringent standards.

The government is continuing to develop a full legal framework for self-driving vehicles to enable the safer and greener movement of people and goods in the UK. The Department for Transport will also work with industry, regulators and safety organisations to ensure drivers can access information, including online, to help them use the vehicles safely.

The consultation found the majority of respondents were broadly supportive of the proposed changes to The Highway Code to clarify drivers’ responsibilities in self-driving vehicles.

The introduction of the technology is likely to begin with vehicles travelling at slow speeds on motorways, such as in congested traffic.

The UNECE Automated Lane Keeping System (ALKS) Regulation was approved in June 2020, starting the process for allowing vehicles fitted with this technology to come to market. ALKS will be the first internationally-approved system designed to perform the dynamic driving task instead of the driver, under certain conditions.

ALKS is an important first step towards developing systems with higher levels of automation. The ALKS Regulation sets out technical requirements for ALKS, but certain aspects of its use require further consideration at a national level, for example rules on safe use.

The government says it expects to have a full regulatory framework in place to support the widespread deployment of the technology by 2025, helping to make the movement of people and goods safer, greener and more efficient.

For further background and context, please refer to the public consultation on Safe use rules for automated vehicles.

Download Now
Government publishes ‘Safe use rules for automated vehicles’ consultation responses Last year the government issued a consultation detailing proposals to amend The Highway Code to create rules on the safe use of automated vehicles on Great Britain's motorways. It has now published a summary of responses received, alongside the government's response to the consultation.
Barbour EHS
SHP - Health and Safety News, Legislation, PPE, CPD and Resources