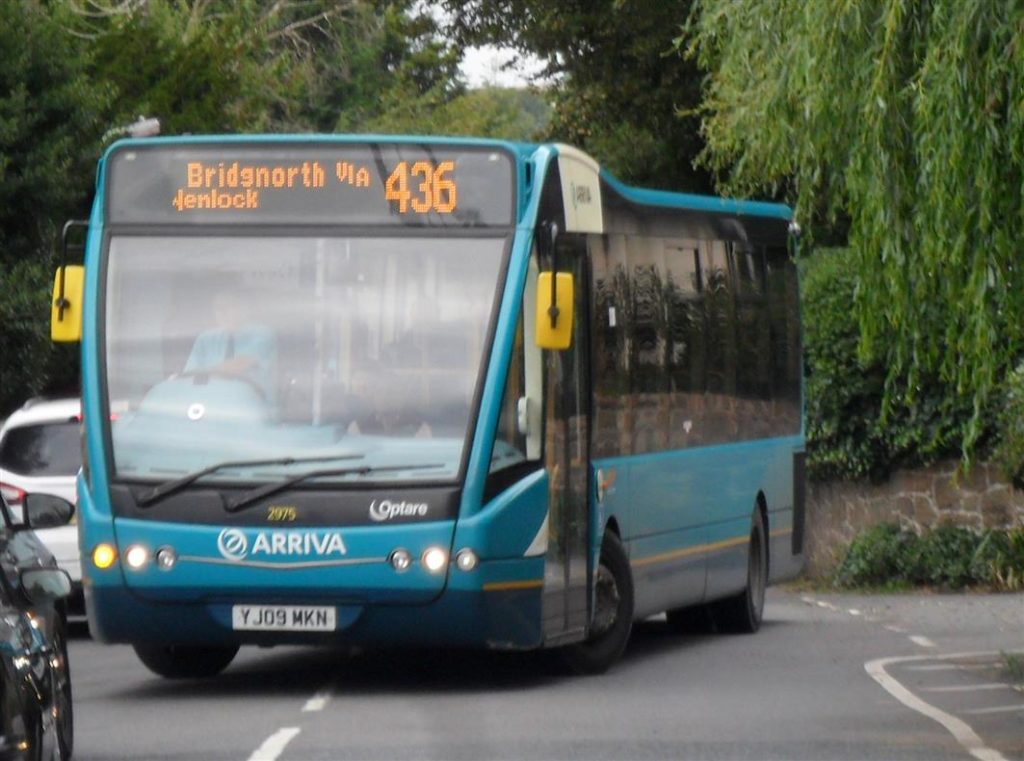 Health and safety legislation has been used as an excuse for a breastfeeding mother being turned away from a bus, it has been claimed.

The woman, Katherine Guest, was attempting to board a bus in Bridgnorth, Shropshire, when the incident happened.

She had decided to start feeding her 10-week old child, Zachary, while at the bus stop, as she awaited her service.

Guest claims the driver said she could not board the Arriva bus due to ‘health and safety reasons’, the BBC reported.

Can’t let you on

As a result of the decision, Guest, who was on her way to a medical appointment, had to run with her baby in order to not be late.

She told the BBC: “The driver turned around and said ‘I can’t let you on here’.

“When I asked why not, he said it was because of the potential health and safety risks associated with breastfeeding.”

Arriva Midlands has said it was investigating the incident.

The general manager for the firm in the Midlands area, Jamie Crowsley, said ‘drivers have a duty to ensure safety to our passengers’ as they board and alight buses and are ‘mindful of this responsibility at all times’.

Official guidance to mothers says babies should be fed on demand and therefore at all times and locations.

Additionally, the 2010 Equality Act makes explicit reference to the fact it is unlawful for businesses to discriminate against a woman if she is breastfeeding.

Im confused, what legistlation excatly covers the breatfeeding of a child on a bus or have i missed something

The whole point of the article is saying that there is no legislation that forbids breast feeding on public transport and it is, if anything a violation of the equality act. The driver simply used the flimsy excuse of health and safety violation to discriminate against the mother of the child..

You won’t find it, but then again there is lots that you wont find explicitly written in legislation – that is where sensible judgement comes into it, of which this clearly is not.

The circumstances under which the driver made his decision are poorly reported. If the breast feeding mother was attempting to enter the bus whilst actually feeding her child, he was justified to advise health and safety as a reason for advising against entry. But it’s difficult to make judgements without the full facts which will hopefully be available when the enquiry is held.

Nope, still confused. Why would health and safety be an issue if she was boarding the bus while feeding her child?

not concentrating on walking and boarding the bus; her eyes will be on the baby. same with people walking on streets without looking where they are walking!! too busy to check their phones

He then should have helped her. Instead she has to run to make her appointment.

This bus company should be ashamed of themselves for using non existant H&S reasons to cover up their lack of understanding.

It seem that alot of persons and companies are using Heath and Safety as a justification to discriminate. clearly this is not one of them. In the application of H&S rules, one must also take into consideration other rules or guidance which may apply. What injury can this lady bring to the other passengers by breath feeding her 10 week old child?. This is so foolishness and it’s not funny. She should sue the company..

I agree the mother has a legitimate complaint against the bus company for the driver’s ridiculous decision and she should receive some form of goodwill gesture to compensate for the hassle, inconvenience and irritation. However if you are a H&S professional you should know that to “sue” the bus company is wholly unrealistic and excessive. She would receive very little financial compensation as she has lost very little that a court could quantify in financial terms. It is far too simplistic to take the knee-jerk “sue them ” line. This isn’t the USA yet.

It’s very possible to breast feed a baby while walking or stepping on to a bus. It’s just the same as stepping on to a bus while carrying a bag of shopping or a bunch of flowers. Another example of someone with little or no expertise around Health & Safety and just using it as an excuse rather than using simple dynamic risk assessment that we all do everyday i.e. what’s the risk? – she might be unbalanced; what control do I need to put in place? – wait until she is seated before pulling away.

why would anyone be breast feeding, running for a bus carrying shopping and flowers? that in itself is a risk to the child is it not? breast feeding in a wonderful thing and should be encouraged where is it a safe or appropriate environment to do so, I think the bus was not that environment. The driver may be in need of some training and the company is therefore culpable for not implementing their policy correctly if they have one? However I do think that this incident has been blown out of proportion and will probably result in a disciplinary… Read more »

If there was a potential risk of slipping, tripping etc whilst the lady got onto the bus, it should have been treated in the same way as an elderly or disabled person – give them time to take a seat before pulling away from the stop. It’s hard to tell what actually happened due to poor reporting, but if the quote from the driver is true, then I suggest he needs some training pretty quickly around what he felt those potential risks were. There is no specific legislation around breast feeding, but he may have perceived other risks due to… Read more »

That is exactly my view, if an elderly person that can not walk that well tries to board are they going to start refusing for safety reasons? i see this all too often, because of the tight time tables, the drivers are so eager to pull away, elderly persons struggle because the bus driver is pulling away before the elderly person has got to their seat, a few more seconds to ensure the vulnerable are seated is not that time consuming. All the driver had to say is, for safety reasons can you please ensure you do not leave your… Read more »

What a load of rubbish from the driver and general manager. Both should be had up on charges for breaches to the Equality Act. This is plain and blatant discrimination.

This is not related to health and safety but is discrimination and a violation of the equality act.
This article is an example of how health and safety can be twisted to serve the needs of the ignorant – I see it often where some who have no interest in following safe procedures are quick to quote health and safety when it serves their purpose.
This is quite ridiculous…

I am interested in knowing the outcome of this, totally unacceptable behaviour of a transport company.

We use the words health and safety as an excuse, health and safety in my mind is legislation/regulations designed to give guidance for the safety of employees/public. So before we use the term please site the regulation/rule/legislation which covers it. Forcing a mother to run with a 10 week baby itself is a hazard and morally wrong.

I would say that he endangered the mother and child’s health & safety by refusing to allow her to board the bus.