How safe will smart autonomous trucks be? 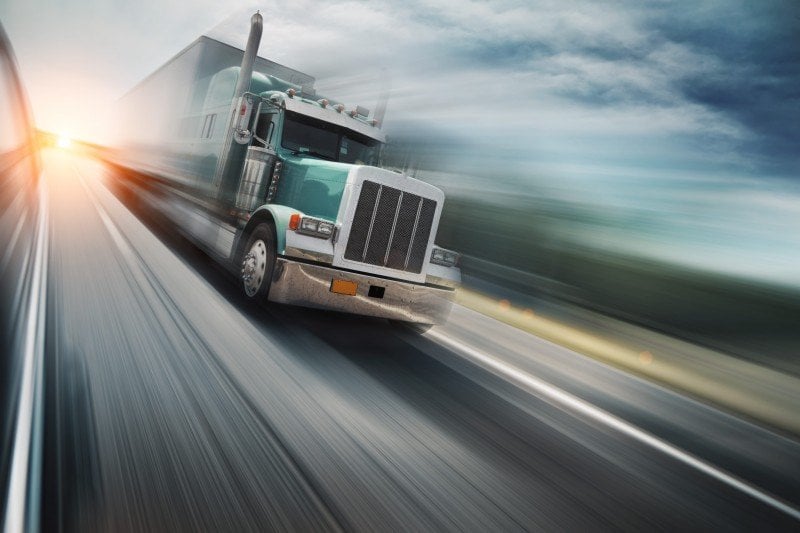 The truck driving industry is relatively high risk – certainly higher than in most professions. With the advent of autonomous, self-driving cars and trucks coming into play, Justin Fox explores how safe this is and what the next steps are for autonomous driving.

When it comes to the haulage of goods along the motorways at high speeds, truck driving is an industry that carries with it a certain degree of risk greater than you would find in most professions.

Of all the high-speed crashes on motorways, trucks and other forms of HGV’s were involved in more than half of those that proved fatal, despite only accounting for 10% of those vehicles on Britain’s fastest roads.

Caused by a variety of factors such as trailers being too long and speed limits for large vehicles being too high, a school of thought has rapidly grown over a number of years that sees human error as the prime cause behind the majority of crashes.

To address this worrying statistic, vast amounts of research have been conducted into ‘smart trucks’, trucks capable of driving themselves without a human at the controls.

Utilising a constant wireless network to a central server along with various devices incorporated into the truck, the vehicle would be able to assess what is going on around it, as well as traffic conditions miles ahead.

In theory, such an ability to rapidly locate, assess and react to threats would be perfect, and far ahead of any human’s ability to do so. Furthermore by utilising an automatic system for long journeys, the risks associated with tiredness and a loss of concentration would be mitigated.

While this sounds highly promising in theory, there is a number of concerns that critics of the technology have raised.

For starters, many existing concepts for autonomous trucks will have them travelling in a convoy system known as ‘platooning’, in which by travelling close together not only will the journey be more efficient, but it will be easy for other traffic to avoid the trucks. Again in principle the idea is sound, but if a single sensor fails then there’s the risk of one truck going straight into another in such tight proximity.

Furthermore in the event of a system malfunction or loss of connection, there will be nobody in the truck to steady things as they go wrong.

Even the newest and most cutting-edge device can face problems, but few if any others are travelling at around 60mph next to many other road users. Should something go wrong and say the lead vehicle be forced off course, then there’s the possibility that the other trucks in the convoy will follow it straight into whatever’s in the other lanes.

Unlike a real pair of eyes, the truck’s instruments may not be able to realise that its instructions are wrong, and would carry on until somebody many miles away could take control of the situation.

Also if we are to assume that the convoys are travelling in a pack in the left-most lane, other road users will have to navigate around them when entering or exiting the motorway. This is a tricky enough spot to navigate already, but with these hurtling past, they become a mobile obstacle that could be difficult to avoid.

Another major safety risk raised by the Campaign for Better Transport (CBT) is the issue of hacking, which they claim necessitates a need for ‘human oversight and responsibility’.

The digital network used to link a truck to the central ‘brain’ is a potential opening to hackers, looking to steal a truck or its contents for fun, financial gain or to turn it into a weapon. Horrific scenes recently in Nice and Berlin have shown us the devastating impact a truck can have in a public setting when used for evil, but at the very least the perpetrators of each attack were finely neutralised.

Being able to handle the truck without being physically in it would give a scary new dimension to such methods, as would-be mass murderers would no longer have to put themselves in harm’s way and could strike more than once.

While this may seem like a worst case scenario especially given the undoubted level of online protection trucks would receive from manufacturers, the scale of the hacking threat is underappreciated by many as a real threat to our well-being.

One in ten of the entire population were the victims of cybercrime across 2016, so how many hackers do we think that is? It only takes one to go beyond the rest and commit an atrocity and no defence is impregnable forever.

The CBT also touches on the issue of health in urban areas, and how autonomous trucks do nothing to address the complications caused by truck emissions.

Air quality in cities across the UK has long been appalling, and linked to ‘thousands of premature deaths’, especially amongst those with underlying medical conditions. By having trucks on the roads that can go all through the night, whilst it may hasten the speed of deliveries, it’s just more pollution for the atmosphere and those unfortunate enough to live near heavily used road routes.

What does need to be kept in mind overall though is that autonomous trucks are still very much in the experimental phase.

While ample research is being done by tech giants such as Google and the ever intrepid entrepreneur Elon Musk undertakes his own project, much still remains to be done.

The troubleshooting of issues such as those mentioned is no doubt going on right now, to ensure that when driverless trucks begin to become a feature of everyday logistics, they possess as small a risk to those nearby as possible.

It’s a case of risk versus reward, and let’s hope that plans to counter these risks can be set up as soon as possible.

How safe will smart autonomous trucks be? The truck driving industry is relatively high risk – certainly higher than in most professions. With the advent of autonomous,
Roz Sanderson
SHP - Health and Safety News, Legislation, PPE, CPD and Resources