Ian joined Informa (formerly UBM) in 2018 as the Editor of SHP. Ian studied journalism at university before spending seven years in online fantasy gaming. Prior to moving to Informa, Ian worked in business to business trade print media, in the automotive sector. He was Online Editor and then moved on to be the Editor of two publications aimed at independent automotive technicians and parts distributors.
July 25, 2018

On average 15 people a month are injured on escalators at Victoria Station. London Underground has come up with a novel way to help reduce those numbers. 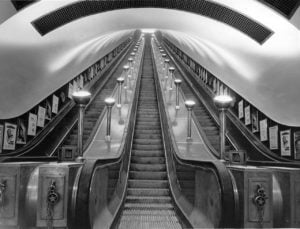 If you’re one of the quarter of a million people who use Victoria Station every day, you’ll probably have heard the voice of a child warning you to take care when riding the escalators.

That child is Megan. Megan’s parents both work at the station and she was meeting her dad after work one evening when an idea was stuck.

She was offered the chance to record a PA system safety announcement. After several attempts, the perfect recording was in the can and Megan’s voice was rolled out across the station.

“Take care on the escalator, hold on to the handrail and your luggage.”

Commuters said the unique nature of hearing a child’s voice instantly grabbed their attention and although it doesn’t have the authority of an adult voice, the shock factor does make a difference.

The announcements have been running at the station for the last six months, during which time Transport for London says injuries have fallen by almost two thirds.

Download Now
Child voice helps reduce injuries by a third at London tube station On average 15 people a month are injured on escalators at Victoria Station. London Underground has come up with a novel way to help reduce those numbers.
Ian Hart
SHP - Health and Safety News, Legislation, PPE, CPD and Resources