Ian joined Informa (formerly UBM) in 2018 as the Editor of SHP. Ian studied journalism at university before spending seven years in online fantasy gaming. Prior to moving to Informa, Ian worked in business to business trade print media, in the automotive sector. He was Online Editor and then moved on to be the Editor of two publications aimed at independent automotive technicians and parts distributors.
July 28, 2020

Workplace safety solutions provider, StaySafe has partnered with what3words, to provide the location of their lone workers in an emergency to help identify their location faster. Earlier this year, Thames Water also adopted the geocoding system, a mobile app which police have urged everyone to download. 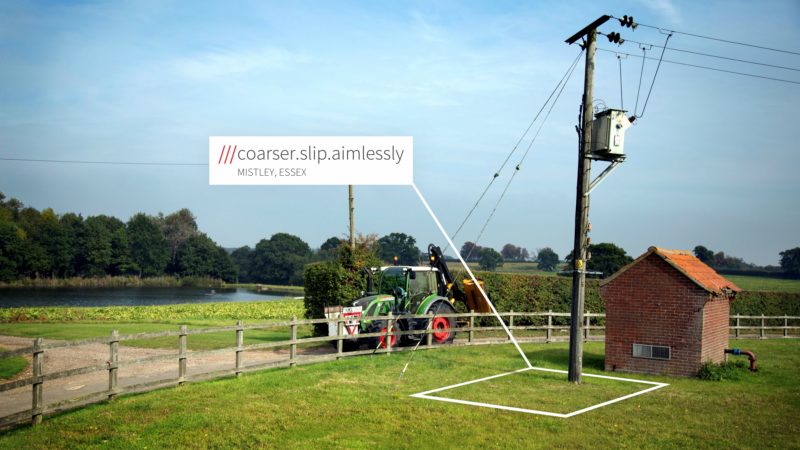 What3words has been backed by police, with everyone urged everyone to download the What3words app, saying it had already been used to help save lives. It’s already being used by many emergency services to help get resources straight to the scene of an incident more effectively.

What3words has divided the world into 57 trillion 3m by 3m squares and given each a unique three word ‘address’. It means, a person’s exact location can be pinpointed, more accurately than a street name or postcode, in the event of an emergency. The caller can simply describe precisely where help is needed, using just three words.

The app is free to download for both iOS and Android phones and, once installed, does not need an online connection to work. The three-word format also works anywhere in the world, in 36 languages.

South Yorkshire Police have used the app to locate a 65-year-old man who became trapped after falling down a railway embankment, North Yorkshire Fire and Rescue Service found a woman who had crashed her car but was unsure where she was and Humberside Police have reported being able to quickly resolve a hostage situation after the victim was able to tell officers exactly where she was being held.

Thames Water started using the What3words app in February 2020 to provide more accurate, pinpoint location information across its vast away of sites.

Karl Simons, Chief Health, Safety and Security Officer at Thames Water, told SHP: “Following any incident, one of the big things we worry about is making sure the emergency services to be able to access those injured as fast as possible.

“It often got to me that when we got the postcode or address for a site, how times I would drive around saying, ‘well this postcode wasn’t quite right, and I can’t find the address.’ The emergency services would be in the same boat. In Thames, we’ve got over 7,000 sites across our estate and I want to make sure that we can capitalises on this personal protective opportunity. We can put an app on everyone phone which will enable them to find out exactly where there are.”

“We have thousands of lone workers across Thames and they all click in every day. We know what the escalation is, should they not sign off that day, and our digital teams are now looking into how we apply linking What3words into our current systems.”

Chris Sheldrick, Co-Founder and CEO of what3words: “Growing up on a farm, the fact that we had no way to describe an exact location troubles me to this day. What if a fire had broken out in a barn or if someone was caught in running machinery? With what3words now available in the StaySafe app, it’s extremely reassuring to know that people working alone or in remote locations can tell emergency services exactly where help is needed fast enough to prevent extensive damage or avoidable injury.”

Don Cameron, CEO of StaySafe, said: “The StaySafe app is the easiest to use lone worker solution available today. Adding the what3words functionality simplifies getting responders to the exact location of an incident quickly.”

In September 2019, Electricity company, UK Power Networks announced that it is to start encouraging members of the public to use the smartphone app to pinpoint their location and accurately report overheard power line damage, enabling its call centre in Ipswich to speedily arrange for the power to be turned off and repairs carried out.

The app would also help if somebody found themselves in an emergency situation, such as driving a high vehicle into a live power line.

It is currently using the technology across the South East and East of England where it owns 65,000km of overhead power lines, and is encouraging its use among organisations who are already signed up to its Be Bright, Stay Safe campaign – including the National Farmers’ Union which suggested its use.

Peter Vujanic, Head of Safety, Health and Environment at UK Power Networks, said: “The introduction of What3words will make an immediate and significant difference to how quickly we can pinpoint a damaged overhead power line.

“When a farmer recently brought down an overhead line with his tractor, it took 12 minutes for our call advisor to work out where he was, but the app would have taken seconds. To be able to remove any potential delay is a fantastic innovation.”

Rosalind David, a County Adviser for the NFU, said: “The NFU has been working closely with What3words and our members are rapidly adopting this app to report incidents or provide an address for remote locations such as pylons and poles, field entrances or remote buildings.

“More farmers are using contractors to carry out work on their farms and we recommend that those who have overhead lines, poles and pylons, provide a detailed map with these marked with a W3W address to contractors. Should anything untoward occur, the contractor can immediately dial 105 and give the what3words address of the incident to UK Power Networks.”

Hear Giles Rhys Jones, Chief Marketing Officer at What3Words, speak more about how the geocoding system can be used to keep lone workers safe in the latest episode of the Safety & Health Podcast.

What3words: The app that could save the lives of lone and rural workers What3words has divided the world into 57 trillion 3m by 3m squares and given each a unique three word ‘address’. It means, a person’s exact location can be pinpointed more accurately than a street name or postcode in the event of an emergency.
Ian Hart
SHP - Health and Safety News, Legislation, PPE, CPD and Resources