Technology in health & safety, what does the future hold?

Developments such as virtual reality simulations and the internet of things are already making work safer, but they are just the start.

The fourth industrial revolution; the digital economy; whatever you want to call it, the massive growth in computing power is ushering in increasing mechanisation and means work is set to change radically, not least the way we protect the people who carry out its hazardous elements.

Most technological developments underway that could reduce occupational risk fall into three groups. Starting at the top of the control hierarchy, there are those that substitute machines for people in hazardous situations. Where human hands are still needed, new technologies offer ways of better preparing them to deal with and monitor hazards. The third group involves better protection on the job through mechanical assistance. 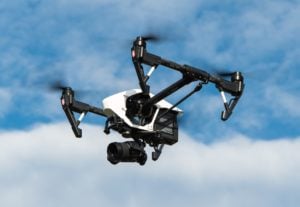 In the first category, the most obvious example is the growing use of unmanned aerial vehicles (UAVs) – popularly known as drones – to substitute for work at height. The reliability of rotor-driven UAVs has increased as prices have fallen and combined with the availability of smaller and cheaper high-definition cameras to make them an obvious alternative to sending workers up ladders or mobile platforms to check the integrity of rain gutters or electricity pylons. Thames Water estimates it saves around £1m a year by flying UAVs that stream video to operators on the ground to inspect its thousands of cranes, pressure vessels and storage tanks, not including the cost of potential injuries avoided by removing the risk.

At present, these remote substitutions for a human presence are mostly limited to observation and fault spotting. But the next generation will bring machines equipped to fix the problems they find. In January the government announced a £26.6 million investment in development projects that include miniature robots that seek out and mend cracks in underground services pipes and drones that can attach themselves to metal structures such as oil rigs and carry out basic welding repairs.

The fatality toll for work drivers is many times that in factories and construction sites, so the prospect of automated vans and lorries shifting materials round the country and making deliveries to homes and businesses is another attractive prospect to segregate humans from occupational risk. But legal liability for a driverless vehicle’s software programmers in the event of an accident is one of the factors that has kept them off the road to date. A change in the law will be needed in most jurisdictions to remove this barrier to driverless vehicles filling our highways – for private as well as for business use. Similar liability issues are likely to limit the spread of robots working alongside humans in the near future. 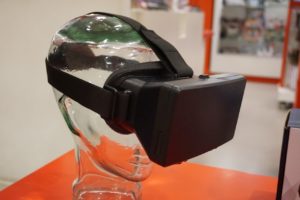 A hands-on approach is still unavoidable for many hazardous work tasks. In these cases, virtual reality techniques developed for computer gaming, and augmented reality – which overlays a real-world view with computer-generated graphics and information – are enriching training and helping employers better discharge their duty of care. When trainees don a headset and enter a simulated confined space or work on a piece of potentially hazardous equipment, they can learn by failing repeatedly without risk.

Google’s Glass headsets that came in 2013 and went in 2015 were a false dawn for heads-up displays and hands-free computing but experiments with wearable information technology are accelerating and at some point we will probably see the return of heads-up units. These wearables could provide real-time augmented reality data including detailed point-of-hazard warnings and technical specifications and instructions for work such as electrical switchgear maintenance.

The long-promised arrival of building information modelling (BIM) systems, offering a rich dataset for every office, shop and factory during and after construction should eventually allow walk-throughs of buildings in simulated form with safety information on tap.

The internet of things, networking pieces of previously mute equipment from coffee machines to office chairs will also make automatic hazard detection more effective as it spreads to personal protective equipment along with sensors monitoring their condition. When respirators can transmit a face-fit failure or helmets can send alerts when they are cracked, equipment inspections will be less critical. 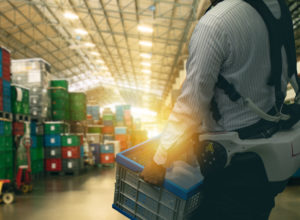 This leaves us with the third category of innovation: technology that physically aids risk reduction by extending human capabilities.

The most obvious example is exoskeletons and assistive mechanical frames that are strapped on to workers’ backs or arms. These are increasingly used by manufacturers and construction companies among others to help them lift heavy loads or to reduce the risk of musculoskeletal disorders from tasks that require repeated awkward movements. In 2018, car maker Ford provided lightweight upper-body exoskeletons to assembly line staff at 15 of its plants, to give them up to 7 kg extra heft per arm lifting power tools over their heads to bolt components to vehicle frames.

This area of assistive technology may be the one where we see the slowest growth, as investment seems more often directed to full automation, increasing efficiency – machines don’t take holidays – and separating the human from the hazard.

What we can see under development now or coming over the horizon is only the start of the third industrial revolution; the construction sites, factories and transport depots of 20 years’ time are likely to be very different places. What is certain is that for the people that remain in them, the new technologies will add a few of their own hazards as well as reducing exposure to many others. The occupational risks we are managing now became familiar through experience; so will the next set.

Morrison Utility Services is trialling a number of exoskeletons out in the field, which are designed to reduce strain-related injuries.

To drive innovation in the health and safety sector, Arco has launced the Arco Innovation Award in a bid to help solve longstanding health and safety challenges facing the industry. The competition will see 36 start-ups go head-to-head to find a new peice of technology that can really make a difference to keepting people safe at work.

Click here to read the full interview with Adam Young.

Technology in health & safety, what does the future hold? Developments such as virtual reality simulations and the internet of things are already making work safer, but they are just the start.
Safety & Health Practitioner
SHP - Health and Safety News, Legislation, PPE, CPD and Resources

Don’t slip up on safety