As the rugby world settles in for its showpiece event, SHP asks is rugby safe? We take a look at the sport, particularly at amateur level, to find out how to minimise the risk of serious injury when running tournaments. 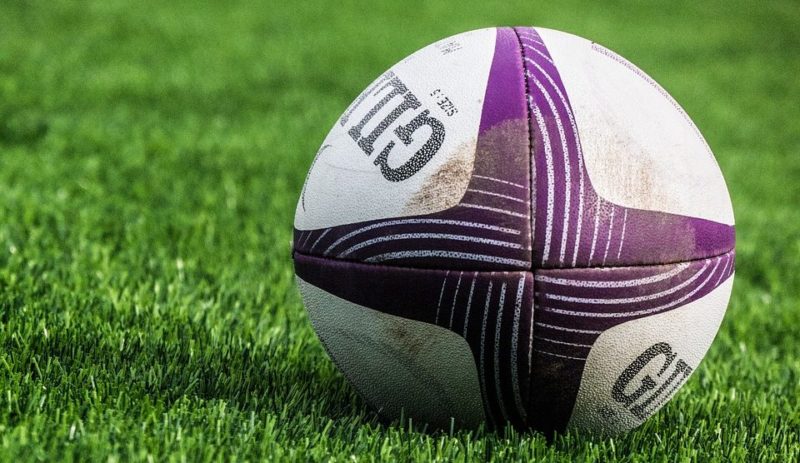 Rugby is a tough, physical sport and injuries are part and parcel of it. Even in the professional game, where finely tuned athletes in peak physical condition are trained how to fall correctly and how to diminish the impact of heavy tackles.

At amateur and junior level, this isn’t always the case and so the result of a big tackle can be so much worse, not to mention the lasting damage caused by repeated blows to the head and other areas of the body.

Allowing sufficient recovery time from the various knocks and bruises sustained on the field is vital. When comparing the upcoming Rugby World Cup in Japan to its football equivalent for instance, it’s noticeable that the tournament lasts two weeks longer, despite having 12 fewer competing nations. Players need time to recuperate after matches. At professional level, that time is afforded to them, but it’s more tricky at lower levels of the game. 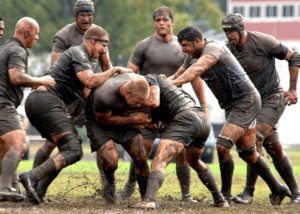 Some of the most serious injuries tend to occur around the ruck area, where players find themselves in more compromising positions and, in some cases, are unable to prepare for impact. Amateur player and Writer at the Rugby Magazine, Mike Kerr, told SHP that he feels that the media portrayal of high tackles causing concussion injuries is wide of the mark. “In my opinion, knees to the head when the tackler or tackled player is on the ground that tend to cause the most concussion issues.”

Other common injuries sustained by players are shoulder injuries from tackling or impacting the ground upon landing in a detrimental manner, or leg related injuries again from impact. There are also the more obvious ones like pulled muscles or torn ligaments due to poor body position or catching a leg in the wrong place. “Obviously neck injuries for the front row players are still a worry,” Mike continued, “but the new engagement laws have improved player safety in this area.”

If planning a rugby event or tournament at amateur or junior level, what precautions should you take to minimise the chances of a player sustaining a serious injury? Dr Simon Kemp, Rugby Football Union (RFU) Medical Services Director, told SHP: “Our regulations state that all clubs and those involved in arranging any rugby activity must ensure that there is an appropriate level of immediate care and/or first aid cover and equipment provided for that rugby activity with these being determined by a risk assessment. There must be access to a telephone to ensure that the emergency services can be contacted immediately when needed and clear vehicular access for an ambulance or other emergency vehicle.

“We advise that all clubs have at least one first-aider per team. To support this, the RFU runs its own first aid course for rugby clubs and schools, which is a nationally recognised qualification. More than 2,600 people completed this course last season and already this season we’ve had more than 1,500 people take part.”

The RFU also carries out research through its Activate injury prevention exercise programme, which is designed to be integrated into training and pre-match sessions. The exercises included in the programme aim to improve functional and core strength, balance and agility, all of which assist a player in dealing with the physical demands of the game.

“In a three-year injury prevention and surveillance study on schoolboy injuries, published in May 2017, involving 40 schools and nearly 2,500 players aged 14–18 years, researchers found that overall injuries fell by 72% when players completed the Activate programme at least three times a week. Concussion injuries were reduced by 59%,” Dr Kemp continued. 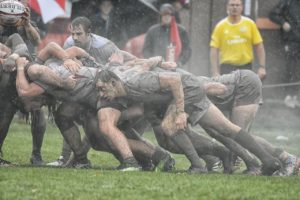 After the deaths of four players in France, two professionals and two amateurs, over the last year, there are calls too for the French Rugby Federation (FFR) to reform the game and make it safer.

In August 2018, 21-year-old Louis Fajfrowski died in the changing room after he suffered a heart attack while he was playing in a friendly match for Aurillac. A few months later, 18-year-old Nicolas Chauvin broke his neck in an under-21 game. Chauvin was tackled by two players which caused a cardiac arrest that cut off the oxygen to his brain. He died three days after sustaining the injury.

Rennes Coach Yann Moison said the game of rugby had started to become akin to bumper cars, with clubs striving for bigger and stronger players. Neurosurgeon Jean Chazal described some rugby injuries he has dealt with as being more like the kind of injuries sustained in road traffic accidents before seatbelts and air bags were introduced.

But is this starting to change? Mike Kerr continued: “I actually think the way the game is going now, albeit slowly, there is a reversal from the gym culture of recent professional rugby back to that of the athlete; a lighter player who can get around the park with better skills.”

Mike cited the New Zealand side and how it has adapted with players such a Brodie Retallick, Damian Mackenzie and Beauden Barrett, none of whom are the biggest in their positions, but they are considered the best in the world.

“I think this trend will help to make the game safer, along with the ongoing assessment of the laws. At the amateur level, I think it is just a case of being ultra-prepared and having the best care on hand in case any serious injuries do occur. We also have to realise that unfortunately tragic accidents do happen every day and sometimes they will be linked to sport,” he added.

French rugby officials are due to be meeting their world rugby counterparts this month with some suggestions for wholesale changes to tackling rules. Bernard Laporte, President of the FFR told Irish broadcaster RTÉ: “Our game must evolve fundamentally, and rugby must become a game of movement where avoidance overrides the impact. For this, it is important to change attitudes and change the rules, especially on tackling.

“First by informing and training our players on the rules of the game and, beyond the technique, make them aware that they are also the actors of their own safety.

“The FFR and the NRL have therefore proposed to World Rugby an evolution of the rules by lowering the line of plating at the level of the belt, prohibiting the two-player tackle and tackle head-to-head.

“The tackler will have to bend if he comes to tackle, at the risk of being penalized. We have also proposed to World Rugby to experiment with these new rules on our amateur competitions.”

Players passing away from a link to an act on the rugby field is still such a rare occurrence and, whilst devastatingly unfortunate, have to be considered as isolated incidents.

“Rugby for young people at schools or clubs in England exists in different forms, both contact and non-contact. The rules in operation ensure maximum possible safety for children, allowing players the time to learn rugby basics before contact is gradually introduced. The RFU works hard to manage the risk involved in the contact nature of rugby, particularly for young people.”

SHP Online is the UK's leading website for health and safety professionals. The essential resource for practitioners to keep up to date with the latest news, legislation and CPD.

Subscribe to our daily newsletter with news, features, interviews and more.

Has rugby become too brutal? Is rugby safe? SHP takes at look at the sport, particularly at amateur level, to find out how to minimise the risk of serious injury when running tournaments.
Ian Hart
SHP - Health and Safety News, Legislation, PPE, CPD and Resources

This an excellent article and a refreshing take on the subject of injuries whilst playing rugby, without shouting from the rooftops about stopping the game. The physicality of the game is what first attracted me to it when I first joined the military over 30 years ago and apart from raising my levels of fitness it taught me how to be an active member of a team and the discipline of sport. Times have moved on and the size of players and levels of fitness required to compete are vastly different but I embrace the law changes and coaching techniques… Read more »

This was an interesting article. However, it is a pity that you chose to focus on rugby union and made no reference to rugby league which arguably is an even tougher sport. I know that the RFL (rugby league’s governing body) has been looking closely at the risks of playing the sport and how to mitigate them and it would have made for a more complete article if you had included reference to it.

Maybe we should just wrap everybody in cotton wool, not step outside the house and stay in bed? Everything has inherent risk to it and for the most part in this context it is well managed against the demanding rigours of competitive sport. Let’s remember, we’re not talking about Gladiators at the Colosseum, or unregulatedBare-knuckle fighting in some low-key barn somewhere, and most of the guys involved in the sport, even considering rivalries, are fairly responsible when it comes to not putting others in danger.