Ian joined Informa (formerly UBM) in 2018 as the Editor of SHP. Ian studied journalism at university before spending seven years in online fantasy gaming. Prior to moving to Informa, Ian worked in business to business trade print media, in the automotive sector. He was Online Editor and then moved on to be the Editor of two publications aimed at independent automotive technicians and parts distributors.
December 9, 2020

Mental Health Runner Director, Thomas Dunning has been named as the winner of the SHP Award for Trailblazer in Positive Social Impact Award. 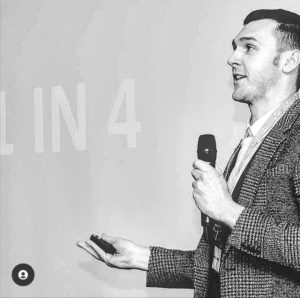 Thomas Dunning, Director, Mental Health Runner was selected as the winner of SHP’s Trailblazer in Positive Social Impact from a list of four finalists, by the SHP Awards judging panel.

Trailblazer in Positive Social Impact recognises individuals who have shone a spotlight on an ethical issue, addressed social challenges or helped the community. This could be through volunteering or initiatives at work.

Thomas has worked at British Sugar since 2009. After completing his mechanical engineering apprenticeship and achieving his HND, he moved into a Process Technician role from 2012. Outside of his day job, he devotes most of his time to help improve the mental health of others as “Mental Health Runner”. Thomas accidentally found out how running helps with mental health – being in a world where he was hearing and seeing things, psychotic rages and countless attempted suicides, running would be a main contributor to saving his life. He is an international keynote and TED speaker who shares his mental health journey explicitly to show the world that it really is “okay to not be okay”. 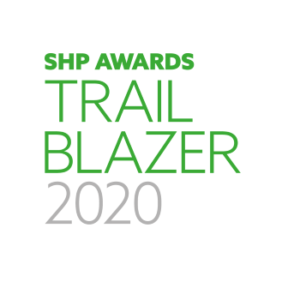 The judges were impressed with how Thomas has turned a negative into a positive and opened the subject up to a much wider audience. It was described as a ‘simple concept, personally driven, but one that has had a huge impact on others”. They were drawn to his ‘devotion to improve the mental health of others’, noting how Thomas doesn’t work in mental health as his day job, he’s a mechanical engineer. Nevertheless, he got his employer, British Sugar to sign up to the mental health at work commitment by working with the board of directors and colleagues from all different sites.

Since starting his platform, Thomas has become Service User Governor for the Lincolnshire NHS, leads Run Talk Run Lincoln as part of the global initiative to make running and mental health more accessible and is a published author, alongside his wife, with a book entitled “Surviving the war against yourself”.

Thomas has recently received funding from Athletics England to help those in receipt of mental health services, access to a significantly reduced price of decent trainers and other kit, called “first steps forward programme” which is the only one of its kind in the UK.