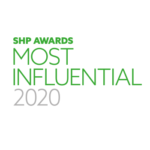 New for 2020, this award recognises the team that has worked together most effectively to improve occupational health, safety and/or workplace wellbeing. This could be within their own industry, within society or in health & safety profession more widely.

Most Influential is brought to you as part of the wider SHP Awards, in collaboration with the HSE and IATP.

Six teams have been shortlisted as finalists by our panel of judges, with the winner being announced in early December. 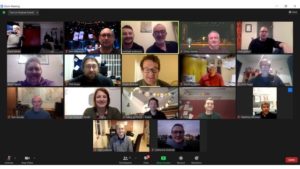 The Safety Committee of the Association of British Theatre Technicians has been an important feature of the Association since the early 1960’s. In March this year it consisted of a group of 46 people working across theatre and entertainment generally. The team now numbers 113, representing a much broader group to serve the needs of theatre and the wider regulated entertainment industry.

Judges were impressed how, during the pandemic, the committee showed ‘incredible leadership and collaboration’ to offer a national advice service, industry guidance notes, technical standards and training. They were also impressed with how the Safety Committee quickly its opened doors to the rest of a ‘troubled sector’, supporting other smaller organisations, through digital meetings and networking events. 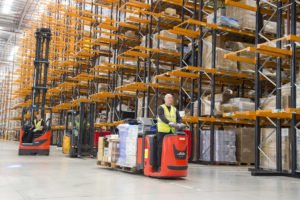 The judges were impressed with the ‘fantastic’ response to the pandemic under ‘immense pressure’ from the government and the ‘significant challenges’ it caused to its key workers. Arco’s night shift had to change from a 24/5 to 24/7 operation in less two days, causing ‘disruption’ in order to maintain service and cope with demand, which saw dispatch capabilities more than double. The team successfully distributed 100 pallets a day with 5,000 parcels, distributing over 140m face masks, 18m gloves, over 0.5m coveralls and 0.5m hygiene products.

Arco’s ‘important and leading’ work in identifying PPE that did not meet the required standards and people’s needs, and its work educating other bodies was also highlighted. Judges also noted this is something that Arco have been relentless about even pre-pandemic. Arco experts sit on a number of key committees including the BSI British Standards, CEN European Standards Committee and the ISO International Standards Organisation who work tirelessly to uphold the standards of the profession and raise awareness around the dangers of fake PPE, including encouraging those in need of critical supplies to ask for the correct supporting documentation and providing advice on how to do so.

It was also picked up that the company has supported the National Emergencies Trust, with a £250,000 donation to help support future national disasters, as well as 42 grants of £1,000 donated to local charities. 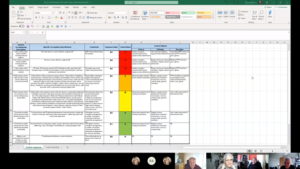 The BOHS (British Occupational Hygiene Society) COVID-19 Expert Group was formed by volunteers from academia, industry and independent practice who have produced the full complement of technical guidance on the Society’s hub, which has been distributed and used across three continents. The judges picked up on how this guidance has been widely used to give confidence to people to be able to be able to challenge employers as to whether they should be returning to the workplace.

Starting in March, the group anticipated the challenges of coronavirus, including highlighting to the NHS and government issues such as the broader impact of return to work at the beginning of the first lockdown. The guidance provided has been made publicly available and has formed the basis of corporate (e.g. BP), local (e.g. City of Derby) and national approaches to issues as diverse as determining appropriate risk measures for different occupations, spotting fake respirators in the medical supplies market, the use of face coverings in the workplace and other critical areas where there has been a need for practical advice.

The judges were impressed how the team have put in almost 1,500 hours of free expertise and research, drawing on their expert network. Credit was also given to this being a new group of people coming together during the pandemic, rather then being an established team, and has operated entirely virtually. 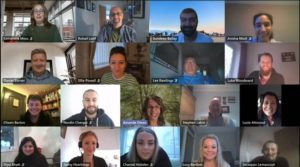 Heathrow is a complex and challenging operational environment where thousands of people work at or travel through daily, even now, and it has over 500,000 assets to operate safely. The team of dedicated Fire, Health, Safety (FHS) and Wellbeing professionals lead, enable and challenge the business to understand risks and manage them as safely as possible. Ordinarily this involves the widest range of occupational FHSW risks. It now also includes COVID-19 safety as well as supporting the business through considerable change.

The judges highlighted how the team has ‘faced a seismic task in terms of the challenges they have faced’ but has still helped transform the way airports operate to ensure passengers and colleagues can fly and work safely. It had an influence in the ‘Safe to Fly’ standards across the UK and internationally, ‘giving confidence back to the public’ that the sector could be reopened in a safe manner. Heathrow chairs the Airport Operator Association Safety group, ensuring sharing of best practice among health and safety professionals across UK airports.

Heathrow remaining open during the pandemic was key in order for people to be repatriated, for critical cargo (including PPE) to enter the UK, and for passengers to travel to where borders are open. It is also the first UK airport to have COVID testing on-site. 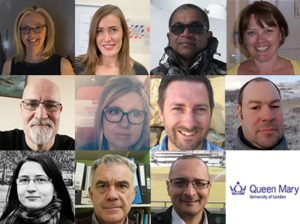 Queen Mary University of London is a Russell Group higher education institute with over 27,000 students and 4,600 members of staff. The Health & Safety Directorate (HSD) supports the university’s Professional Services and Academic Faculties with health and safety advice, training and ensuring health & safety legislative compliance. It also provides a number of specialist functions including biological, chemical and fire safety advice, radiation protection duties and the management of hazardous waste.

The effectiveness of this response has relied on a risk-based approach to working, with the team adapting skillsets to focus on each COVID-related challenge as they became apparent, from creating the initial Institutional COVID Secure risk assessment through to translating a myriad of government advice, scientific studies and sector practise.

The judges highlighted that it was ‘one of the leaders in getting a response, pivoting its efforts to ensure the health and safety of staff, students and others. That was both on campus and off campus during lockdown and the ‘return to campus’ phase’. 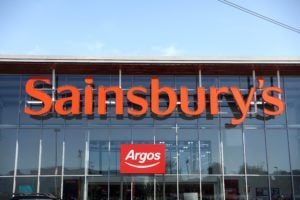 The team at Sainsbury’s had to make major changes throughout stores, warehouses and delivery services, in order to continue feeding the nation safely throughout the pandemic. It transformed services across the country in a rapid timeframe, against a backdrop of the panic buying, a surge in demand for online orders and the doubling of violence and abuse towards shop workers across the country. Judges commented on the ‘mammoth task’ of getting a huge volume of information out to a vast array of teams who had become key workers overnight.

Sainsbury’s took on a lot temporary labour, both in depots and in stores. This led to more people both in warehouses and logistics, and it had to be done in an agile way, where they couldn’t do inductions in the same way as normal.

As well as the physical changes made, a lot of the work the team did was around managing the situation from a psychological or behavioural safety point of view, trying to understand people’s fears and allaying them as best as possible.

The judges picked up on the whole organisation’s need to be ‘adaptable in dealing with customers on a daily basis and trying to reduce the transmission rate in one of the most high-risk areas for members of the public.’ 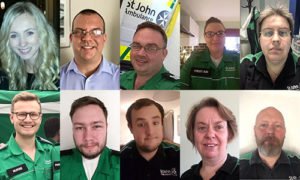 The team at health charity St John Ambulance devised and rapidly deployed training for thousands of volunteer first aiders to care for people during the pandemic, while protecting themselves. Judges noted how this enabled the volunteers to give hundreds of thousands of hours of support to NHS frontline staff on ambulances, in communities and in hospitals, including the Nightingale hospitals.

Furthermore, during lockdown, the charity’s team swiftly devised and made freely available a suite of online first aid training modules to support key workers, from teachers to factory workers, as well as the general public. Nearly 60,000 of these courses were accessed during this time. In response to the general increase in levels of stress and anxiety due to the pandemic, the suite included new modules in mental health first aid.

In addition, the charity held its first series of webinars on Mental Health best practice, which was attended by nearly 2,000 HR professionals eager to learn and share ways to take care of the emotional wellbeing of their staff. This was followed by the creation of a dedicated online tool offering guidance to employers on how to facilitate a safe return to the workplace.

The charity was then among the first to resume face-to-face workplace first aid training, with the team responsible blazing a trail for the industry in how to teach vital first aid while remaining socially distant and safe during the pandemic, for which it has received overwhelmingly positive feedback from those attending courses.

Who is the most influential person in health and safety? Vote now…

Finalists announced for SHP’s Most Influential Team Award Six teams have been shortlisted as finalists by our panel of judges, with the winner being announced in early December.
Safety & Health Practitioner
SHP - Health and Safety News, Legislation, PPE, CPD and Resources