A helpful guide to entering the SHP Awards

The judges will be wanting to see physical evidence as to HOW the nominee has made a difference.

Also, another key thing the judges look out for, is what the person is doing that is above and beyond their day job.

Comments from previous years judges about what they look for in an entry: 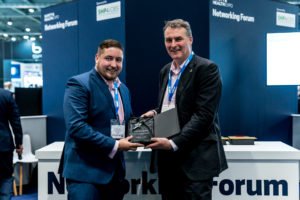 Rob Jukes, who was named as SHP Rising Star UK and Rising Star in Manufacturing in 2019, was a judge last year and is on this year’s panel, had the following words of advice: “When I’m judging the nominations, I will be looking for individuals who have clearly demonstrated the right attitude and dedication to succeed. From responding to challenges in the right manner and putting in the hard work and the sacrifice to better themselves and their organisations.

“I firmly believe the SHP Rising Star awards showcase those who have demonstrated the potential and ability to be great, to become a future leader within the profession.

“When you look at past finalists, they have all demonstrated an ability to succeed within their role and have gone further by being involved in various industry schemes and projects. If you then look at the winners, they have demonstrated that they have a clear passion for the profession. That they really care for their employees and have put so much effort and hard work into helping the employees they are responsible for be healthy and safe at work and the organisations to which they belong succeed. For me they are people that inspire me and remind me how great this profession is.”

For 2021, the SHP Awards are in collaboration with Shirley Parsons, HSEQ talent experts.

Click here to have your say...
A helpful guide to entering the SHP Awards With the deadline for entries fast approaching, here are some helpful tips to ensure your SHP Awards submission stands out from the crowd...
Safety & Health Practitioner
SHP - Health and Safety News, Legislation, PPE, CPD and Resources