Jamie Hailstone is a freelance journalist and author, who has also contributed to numerous national business titles including Utility Week, the Municipal Journal, Environment Journal and consumer titles such as Classic Rock.
July 23, 2018

‘As soon we separate the UK from Europe, it is unclear how certification will work’: In Conversation with Oliver Burstall, FFE

SHP recently sat down with the Managing Director of fire detection specialists FFE, Oliver Burstall to talk about the key issues facing the sector, including Grenfell, Brexit and the need to recruit more people into the sector.

It’s been a busy 12 months for the fire protection industry following on from Grenfell Tower tragedy. What do you think are the key issues facing the sector? 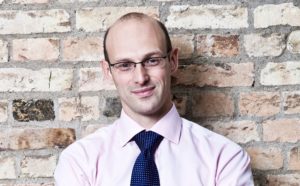 Oliver Burstall (OB): “Having been in the sector for five months I have identified two key issues that seem to recur when I talk with people from the fire industry. In terms of why these issues are critical, I would bring it back to what FFE is fundamentally about, which is saving lives.

“We’re proud of the fact that the detectors we ship out of the door save people’s lives and make sure they get home safe from work or where ever our devices are installed every day.

“The first issue is that I often hear why an alarm system is not installed in a building, and this is often down to perceived reliability (so-called ‘false alarms’). There is a strong indication that had reliable fire systems been in place, then more people would have got out of Grenfell Tower. For me, the future of these systems is about making them more accessible to the people whose lives depend on them.

“A second concern is around the regulatory issues resulting from Brexit. At the moment, the certification for a lot of fire products is done by UK-based companies to EU requirements. As soon we separate the UK from Europe, it is unclear how that certification will work, because the UK company is no longer a European body. There’s a lot of uncertainty around how we make sure our products are correctly certified in order that they will continue to be used and specified around the world, because those European certifications are highly respected.”

Is it a case of hoping the Government will clarify future arrangements sooner rather than later?

OB: “There is a big question around what is going to happen in March 2019. There is very little indication as to what the answer is. My suspicion is that the question of certification will be dealt with on a commercial, rather than a government, basis. Specifically, it will be down to the regulatory bodies and the certifying companies to suggest a solution, with the support of their customers. The test house we use, BRE, is starting a facility in the Republic of Ireland, which will remain part of the EU post Brexit.  BRE will thus have an EU-based site, but there is still lot of uncertainty about how that will work.”

Moving on to the technology side of things, what do you see are the big developments going on in the industry?

OB: “Because this is a highly regulated environment, there are some significant barriers to introducing completely new technology. For example, video flame and video smoke detection has been around for decades, and yet there is still no means of getting regulatory approval for either technology. You cannot use a video flame detector for a fire system because it cannot be approved. Interestingly, the Chinese appear to be looking at how to put a regulatory environment in place to allow certification of those systems, but to the best of my knowledge, no one else is.

“A lot of the work FFE is doing at the moment is focused on incremental improvement, particularly around how we ensure devices can be installed and maintained easily.

“Another factor is how systems relate to people. Today’s fire panels are designed to relate to the firefighters who use them when there is a problem. The vast majority of people do not look at a fire panel on a regular basis or understand what it is doing. But understanding whether it is still functioning correctly will help people understand whether the environment they are in is safe. It could be as simple as introducing a red LED that flashes if there’s a problem. Anyone could infer that if it is flashing, the system may not be working properly. It could be tiny changes to what is happening with the physical product that allow more interaction with the end user.”

There’s a lot of talk about using smartphones and apps being used to improve safety. What are your thoughts around that?

OB: “FFE has started to look at how can you use apps to help installers and maintainers get the information they need onsite about a system, starting with steps as simple as providing tech support.

“But the advent of smartphones has also led to a proliferation of sensors around the world. All mobile phones have temperature, sound and a variety of other sensors. There are prototype phones that can sniff the atmosphere to detect chemicals. Why not make them part of the system? For example, you could have an app running the background on every phone in the building which is monitoring for signs of smoke or fire and sending data to the nearest fire alarm panel or Building Management System. As soon as you enter a building, your phone becomes part of the system that is keeping you safe.

One of the big talking points at Firex recently was the need to attract more people into the industry. As someone who has recently joined the industry yourself, what do you think could be done to make it more attractive?

“I don’t think it’s about changing the industry itself. It’s about changing how we portray ourselves and what we believe is really important. If you look at the conversations that are held by many of the people who have been in the industry for a long time, they revolve around the fire code and the regulatory environment. These are important but they don’t define why we do what we do. If the industry can focus more on saving lives and saving infrastructure; in the value that we bring, then more people will get involved.”

‘As soon we separate the UK from Europe, it is unclear how certification will work’: In Conversation with Oliver Burstall, FFE SHP recently sat down with the Managing Director of fire detection specialists FFE, Oliver Burstall to talk about the key issues facing the sector, including Grenfell, Brexit and the need to recruit more people into the sector.
Jamie Hailstone
SHP - Health and Safety News, Legislation, PPE, CPD and Resources