SHP has announced the list of the most influential in health and safety voted for by you, recognising Louise Taggart, Public Speaker, Campaigner and Founder of Michael’s Story as 2018’s ‘Most Influential’ for her work highlighting the personal cost of lax health & safety. 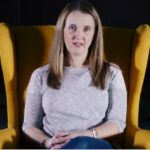 Louise Taggart was an employment lawyer in Scotland until personal tragedy led her into the field of health & safety. The death of her younger brother Michael, an experienced electrician, in a preventable electrical incident in 2005, has driven Louise to tell her brother’s story and ensure that others don’t have to suffer the same tragic loss.

Louise left her job to help convert the Scottish Hazards Campaign Group into a charity that provides a health and safety advice centre for workers, and through Michael’s Story, travels across the UK speaking to organisations and conferences about ensuring health and safety training, leadership and attitudes are effectively embedded in order to keep workers safe. She also works with Families Against Corporate Killers (FACK) to provide support and a voice to families who have lost loved ones.

Often it is all too easy for news of companies being fined after incidents to go in ear and out of the other, but those who voted for Louise say that she puts a personal face to the too-regular news of incidents and deaths.

The length and feeling of the comments left by voters show the esteem in which Louise Taggart is held and the effect that her message has had on organisations. Below is just a selection of quotes from SHP readers: 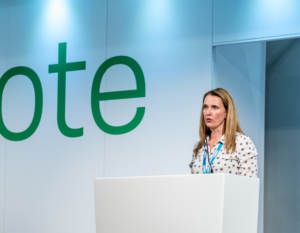 “Louise puts heart into health and safety and brings to the forefront the true issues and true heartbreak of what can happen when it goes wrong. Her brother’s story and others like it is the reason many of us do what we do, with such passion. No one wants to ever get that call or have to live through that hell. She inspires many people daily.”

“I have seen the incredible impact of her presentation of those who hear her. Louise has carefully, intelligently and with immense thought and care crafted the account of her brother’s death due to the gross negligence of his employers, with the details of the legal process and trial, linked to the personal impact of his death on herself and her family. She makes a rock solid case for the necessity of strong health and safety laws, enforcement and procedures and the risks of flaunting them. In this way she makes a huge impact on employers, managers and health and safety professionals, reminding them of their duties as well as showing workers their rights and the need to take care.”

“My Dad had a terrible accident in 2007 at his work abroad, it left him brain damaged and paralysed. Louise was the first person I phoned to seek advice from. My Dad passed away in 2016, but he got the help, the care, the lawyer, the specialist he needed and lived his life to the maximum every day due to the advice, care and support we got from Louise. In 2007 she was my Scottish Hazard Centre, today she is everyone’s. She has now proactively saved hundreds of lives since her brother’s passing – that is a certainty.”

“I’ve heard her speak many times and each time have felt empowered to go back into the workplace and challenge processes and procedures.”

“She has more credibility with ordinary people than professionals already in the health and safety “industry” and a passion for change that is unmatched. She is the main impetus behind the growth of the Scottish Hazards Campaign and has been instrumental in getting the Scottish parliament to make changes; but her influence has also been felt in England and other countries in Europe.”

“Louise is a founder member of Families Against Corporate Killers and ensures where approipriate, especially on International Workers Memorial Day every year, that she speaks of the lives of workers killed at work and their pain and loss of their families. She is truly a remarkable person who has taken her own heartbreak and tried to use it to help others. She is brave and honest, full of integrity and exhibits passion, empathy and sublety in her presentations and her whole behaviour. Louise is a shining beacon in the field of health and safety.”

“She influences ordinary people by her dedication and commitment. It’s easy to have influence in the rather tight circle of H&S professionals but one “ordinary” voice beats a busfull of “professionals” hands down.”

“She is inspirational having taken something so negative in her life when she lost her brother and turning it into a positive by the work she does and in keeping Michael’s memory alive.”

“Louise’s tireless speaking and training tour about the impact of the avoidable death of her brother Michael on her and the family spreads the word more effectively than any political party or pressure group. Her persuasive style and obvious sincerity has affected hundreds of people in her audiences.”

And from Michael Taggart, Louise’s husband:

“I have had the opportunity to witness first hand the whole sequence of events that have brought Louise to where she is today. Since she lost her brother, Louise has been able to evolve her grief and emotions from 2005 and channel them in a way that nowadays unquestionably helps others understand the difference and tragic consequences between good health & safety practice and bad. Louise is an inspirational and articulate person to listen to and her emotion and passion for telling ‘Michael’s Story’ is driven by the feedback she always receives in that she will have saved lives that could otherwise be lost and she will no doubt continue to do so. This type of recognition for her work is very much appreciated by Louise and from my perspective, extremely well merited.”

Earlier in the day, Jyssica Murphy was named as SHP’s Rising Star of 2018. Sanjay Rajasekaran collected the International Rising Star award, while Tina McGennity was announced as the Biggest Impact award winner.

Louise Taggart named SHP’s Most Influential person in health & safety for 2018 SHP has announced the list of the most influential in health and safety voted for by you, recognising Louise Taggart, Public Speaker, Campaigner and Founder of Michael’s Story as 2018’s ‘Most Influential’ for her work highlighting the personal cost of lax health & safety.
Edward Perchard
SHP - Health and Safety News, Legislation, PPE, CPD and Resources

Safety us No’s 1 all hands must be on deck to prevent occupational accident and Disesses.Dr Okoroafor