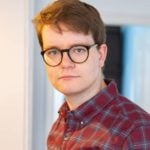 Safety & Health Expo 2020, which takes place from 8-10 September 2020 at ExCeL London, is delighted to announce this year’s line-up of inspirational speakers. Taking place across all three days, this feature sees three famous faces from outside the health and safety profession share lessons and experiences from their careers. It has proven to be one of the event’s most consistently popular features, drawing large crowds from across the co-located shows.

Under the theme of ‘Health and safety is a team sport’, this year’s line-up consists of former Downing Street Director of Communications Alastair Campbell, Winter Olympic gold medallist Amy Williams, MBE and astronaut Major Tim Peake, CMG. Each will bring a unique perspective from their diverse careers to the show.

Since becoming former Labour prime minister Tony Blair’s spokesman in 1994, Alastair Campbell has been one of British politics’ most familiar faces as the archetypal ‘spin doctor’. He quit frontline politics in 2003, and today acts as editor-at-large of The New European, and chief interviewer for GQ magazine; he has also written sixteen books, including several volumes of diaries from his political career.

Alastair Campbell is also a keen mental health advocate. Having lived with depression—his latest book Better to Live, chronicles these experiences—Campbell has presented several award-winning documentaries on depression and addiction, and is a patron of a number of mental health charities. He is an Ambassador for Mind and was named Mind Champion of the Year in 2009 in recognition of his work to break down stigma and campaign for better mental health services. 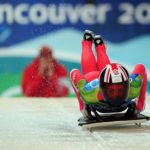 Amy Williams made history when she took part in the 2010 Winter Olympics in Vancouver, Canada. With winter sports often overlooked in the UK, her gold medal in the skeleton bobsleigh—the country’s first by a solo athlete for 30 years—helped put the event on the map, and set the stage for future gold medals by British athletes in the next two Winter Olympic Games.

The skeleton bobsleigh is a ferociously fast, high-pressure event. Not only did she have to prepare to compete against better-funded and better-equipped competitors from traditional winter sports countries, but also to race on the same track upon which a competitor had died only the day before her medal-winning triumph. In her speech, Amy will explain how success is down to meticulous team effort and will offer advice for those who need to prepare mentally and physically for high-pressure situations. 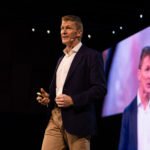 Tim Peake was the European Space Agency’s first British astronaut to travel to the International Space Station. His six-month scientific research mission saw him perform over 250 experiments including a spacewalk to repair the ISS power supply and communicate this incredible voyage to the British public via regular video contact. He even delivered a New Year’s message on the BBC and ran the London Marathon on his treadmill.

His is a story of international teamwork, of rigorous fail-safes and safety procedures, of hard training and mental and physical preparations—and of interstellar awe and wonder. His speech will focus on leadership, teamwork, control, risk, decision-making and performing in high-pressure environments; he will also share his thoughts on looking down at the fragile Earth from space, and various anecdotes from the mission that made him a household name and hero back home.

The inspirational speaker programme at Safety & Health Expo 2020 is set to be another fascinating and insightful experience, covering key themes such as teamwork, risk management, physical and mental preparedness and wellbeing from new, diverse perspectives. This year’s theme of ‘health and safety is a team sport’ will be reflected in each presentation, as the speakers discuss the impact collaboration, sharing and team efforts have had on their careers.

To guarantee your place at the show and hear these inspirational speakers, click below and secure your free ticket to Safety & Health Expo 2020 today.

Be inspired at Safety & Health Expo 2020

Surely with the news on Coronavirus and large numbers of people congregating, this event is cancelled???

The Safety & Health Expo is closely monitoring developments of the Novel Coronavirus. The health and safety of our colleagues and customers is always our top priority. As such, we are following all safety advice and precautions as recommended by the NHS, as well as the World Health Organisation (WHO), seriously. Several countries have put in place screening measures at airports and points of entry, and the Chinese government has put in place measures to limit the spread of the virus within the country too. As such, for now, customers can be reassured that while we are monitoring the situation… Read more »