In 2004 Dame Kelly Holmes won two Olympic gold medals and became only the second woman in history to claim the 800m and 1500m titles for British athletics.

This morning, as she opened the inspirational series of talks at Safety & Health Expo 2017, she described her rollercoaster journey in getting to that point – from suffering mental ill health, to physical illness and injury, to her time in the Army.

Now this looks scary. Did I really stand and talk in front of all these people today @ifsecglobal #SHExpo ? https://t.co/iBSfCM3ej1

Dame Kelly opened Safety and Health Expo’s inspirational speaker series by talking about the time we find ourselves in, with recent events making a safety and health conference ever more poignant. She explained that trying to motivate and inspire at times like this could be extra hard and an audience of protection and management professionals was “quite intimidating”.

Dame Kelly told of how she was brought up in whiter than white Kent in a time when Brown Girl in The Ring was a hugely popular song.

“It didn’t take long for the children to make me the brown girl in the ring – but I wasn’t about to be intimidated – this was my way to stand out”.

“I wasn’t academic at all” Dame Kelly continued “ I was taken out of French lessons for talking, my grades were dropping, and eventually my P.E teacher told me to get a grip. She said I had an ability to run, and run fast. It wasn’t long before I was beating girls two years older than me. Sometimes as a child going through issues, you just need to be told that you can do it.”

“My dream was to be in the military and when I saw a video at school I knew the army was for me. I became an army HGV driver and had a goal to become a physical training instructor. The army was incredible for meeting so many people with so many different backgrounds and different ambitions. You have to prove you can be as good as anyone else – but also stand out.”

During in her time in the army Dame Kelly suffered many knock backs as she was rejected to become a Physical Training Instructor.

“I was put down, rejected, belittled while I was trying to achieve my dream. So, I thought – I’ll show you lot – and I took on a refereeing course, boxing, netball, football, and swimming and finally I passed at 21 and was determined to be best PTI I could be.

“It was a difficult time for the military with transitions and forces amalgamating”, explained Dame Kelly, “however it gave me discipline, respect, and honour and taught me team work and individual merit.”

inspiring @damekellyholmes @SHexpo I learnt "with grit and determination you can achieve your dreams, don't let the bastards get you down" pic.twitter.com/ALNbYwUagy

A 14-years-old Dame Kelly watched Sebastian Coe win both 800m and 1500m – and it was then that she knew that one day she would do the same.

She competed for Great Britain and won a gold medal at the mini youth Olympics.

Balancing the military and competing meant that one day she could be out on the track winning medals and another day she would be a solider. In the army she became a champion runner over many distances and on the track she won 12 medals at international athletics.

During her international athletics career she suffered seven years out of 12 with injury or ill health. From a ruptured calf, to glandular fever, to a snake bite – Dame Kelly felt like she never really got a break.

“It took grit, fight and determination. Inside my heart I believed I would be Olympic Champion. If that’s your true focus and you get knocked back and knocked back it’s hard to take. Injury after injury and picking yourself back up. Hanging onto the moments of glory.

The constant rollercoaster of emotions eventually took its toll on Dame Kelly’s emotions, and she found herself suffering depression, and at time suicidal thoughts.

“At the point when I was number one in the world – I had a niggle on the first race of the first day and towards the end of the race my calf went pop. It was a complete rupture of the calf and I was told my career was over. I had to fight so hard to get back. I knew I had to get physically fit and mentally strong.

"It takes a strong person to come out and be honest, to talk" @damekellyholmes on her #mental health battles to become gold medalist @SHExpo pic.twitter.com/U4LHqiVpCA

Speaking of her battle with mental ill health she spoke of her “darkest time” in 2003. It was the hardest time of my life. It felt like I had a dark tunnel in front of me. I was injured and it took its toll. I looked in the mirror and thought about killing myself. I started self-harming, cutting myself through every injury. People through all walks of life have despair and worthlessness.”

In some ways she is still that person today, Dame Kelly said: “So how can we come back from the downtimes? We bring our teams together, friends, families, work colleagues – you have to open up and talk.

“To achieve my dream I had to get my best team around me – training partners, physiotherapists, and nutritionists to stop me getting ill. With my support network and asking for help I knew I would do it, knew I could be champion.”

“Don’t give up on your dreams. At the age of 34, in my last Olympic Games, I went to Athens with no injury and with 100% belief in my ability. I sat in the ice baths, and I ate properly, and gave meticulous attention to detail. 20 years after watching it as a child – I won.”

“This is just my journey, my dream. It’s up to you to believe in yours. And, if you can’t achieve yours, help someone else to achieve theirs.” 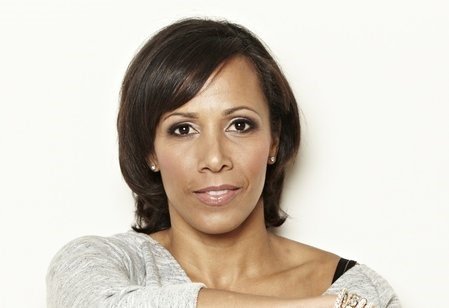 Listen to the webinar for free
Dame Kelly Holmes captivates the crowds at Safety & Health Expo 2017 Britain's Olympic legend opened up about her journey from suffering mental ill health, to physical illness and injury, to her time in the Army.
Lauren Applebey
SHP - Health and Safety News, Legislation, PPE, CPD and Resources