Dr Simon Joyston-Bechal is a director at Turnstone Law. He is widely regarded as one of the UK’s leading health & safety lawyers. Having previously qualified as a doctor, he is uniquely placed to deal with technical, safety and health related legal issues. As well as defending H&S enforcement, he focuses on training senior management and advising organisations on legal preventive measures to reduce the likelihood of prosecution in the event an incident occurs. Contact Simon at [email protected]
February 1, 2016

The new sentencing guidelines: is your board prepared? 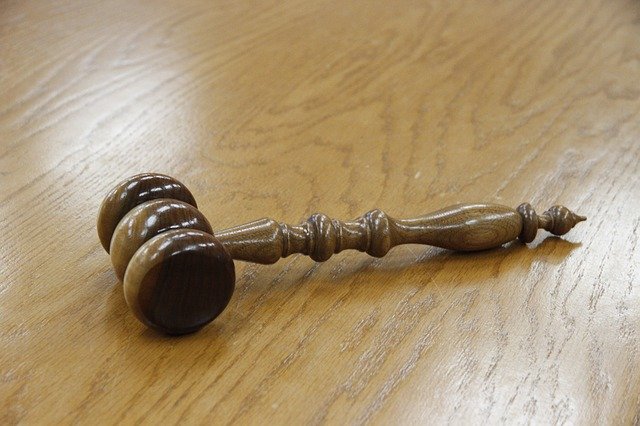 The new sentencing guidelines for health & safety offences are in force from today, 1 February 2016.  They were intended to increase the level of fines, particularly for larger organisations.  However, unintended consequences of the way punishments are now calculated mean that judges will be forced to hand out very much greater fines than expected and send many more directors, managers and junior employees to jail for breaching health & safety laws.

For most health and safety breaches, the criminal law laid down by Parliament does not set an upper limit to the size of the fine, so it is left to judges and magistrates in Court to decide how the fine should ‘fit the crime’.  To help the Court set a fair, transparent and consistent tariff, the eminent judges and lawyers on the Sentencing Council have created a set of guidelines now coming into force.

Close inspection of the new sentencing guidelines shows that four  inflationary factors are going to increase radically the level of fines, yet only one of these factors was intended.  Similarly, the threshold for imprisonment will be reached very much more easily than before.  Let’s look briefly at the four inflationary factors:

These tables were calculated by reviewing past sentences and then, particularly for larger companies, increasing the levels of fines.  This first inflation was intended.  It was designed to accommodate the Court of Appeal’s repeated view that health and safety fines have generally been too low and need to be increased sufficiently to send a message to directors and shareholders.  Indeed, the Court of Appeal envisages fines exceeding £100 million for the worst health and safety breaches by the largest companies.

But the Court of Appeal has not recommended massive increases across the board, even for less serious offences by smaller companies and by individuals.  Yet this will be the effect of the next three inflations.

The sentencing guidelines switch from a mainly outcome based approach (what was the seriousness of the injury) to a risk based approach (how serious was the harm that was risked).  There are justifiable reasons for this switch but its inflationary effect on sentences was not factored into the calculations.  How does this second inflation work?

Suppose an object falls from a crane and crushes someone’s toes.  Traditionally, that would be prosecuted and sentenced very much more leniently than if the same object had hit someone’s head and caused a fatality.  Under the new risk based approach, the toe injury is seen as having involved a high risk of death or disability and is plugged into the computation at the level calculated for a fatality.

The majority of non-fatal incidents could have been more serious, so these will be inflated up to the level of fine corresponding to that more serious injury.

If the offence exposed not just one but a number of people to the risk of harm, the Court is directed to ramp the punishment up to the next level.  As a seasoned health and safety defence lawyer, I struggle to think of a case where the breach only exposed one person to a risk of harm.  For example, if other people could have been hit by the object falling from the crane, this third inflation will apply.

Finally, if there was actual harm (unless more minor than could be expected), the Court is also directed to ramp the punishment up to the next level.  Since most prosecutions arise after someone has been injured, this fourth inflation will almost always apply.

The combined effect of these last three unintended inflations will mean that criminal sentences will tend to converge at the higher end of a scale that has already been substantially increased by the first intended inflation.  The Court is given some discretion but not enough to depart materially from the stipulated calculations.

For example, it is going to be difficult for an individual convicted offender to escape a jail sentence if he or she was aware of a risk of being in breach, nobody suffered an injury but several people were exposed to a ‘medium’ likelihood of death or disability.  This is a very significant reduction in the threshold for imprisonment for health and safety offences.  I would be very interested to see if others come to the same conclusion by working through the guidelines?

It has never been more important to bring the importance of health and safety to the attention of board members and senior executives and, for my part, to explain how the law expects them to act in order to stay out of jail.

Dr Simon Joyston-Bechal is a director at Turnstone Law.  He is widely regarded as one of the UK’s leading health and safety lawyers.  Having previously qualified as a doctor, he is uniquely placed to deal with technical, safety and health related legal issues.  He is the author of a leading computer based training aimed specifically at directors and senior managers, explaining what they need to do to protect their company from prosecution and stay out of jail. Contact Simon at [email protected]

The new sentencing guidelines: is your board prepared? The new sentencing guidelines for health & safety offences are in force from today, 1 February 2016. They were intended to increase the level of fines, particularly for larger organisations. However, unintended consequences of the way punishments are now calculated mean that judges will be forced to hand out very much greater fines than expected and send many more directors, managers and junior employees to jail for breaching health & safety laws.
Simon Joyston-Bechal
SHP - Health and Safety News, Legislation, PPE, CPD and Resources

Is this for Scotland too?

These sentencing guidelines are for England and Wales. They don’t technically apply in Scotland but they may still be relevant until Scotland creates its own guidelines.

Regarding the Second inflation, surely the fact that the resultant injury was “less than a fatality” would qualify it as a “mitigating factor”? The legal representative for the defence just needs to ensure this is included in any Friskies schedule. The risk based approach is already well established for higher risk/ difficult to enforce topics like COSHH and Asbestos Exposure. In some ways, these changes can be useful, for clarifying a point of confusion for many. While a severe outcome is more likely to have HSE investigate an incident, HSE’s investigation revolves around the extent and “adequacy” of the risk… Read more »

Not quite. If you have risked a fatality then, under these new guidelines, it is not at all a mitigation to argue that there was a less serious injury, or even that there was no injury. That’s why the second inflation is so pernicious.

You are right that if there is a fatality, it doesn’t follow that the company would always be convicted. It needs to have done something wrong. If its safety management system was perfect and it did everything reasonably practicable, it will have a good defence. But that is not usually easy to show in hindsight.

Will the new attitude to safety be reflected in the area of negligence insurance. At first sight, one would believe that an insurer would seek almost any means of escaping from a claim. It would seem logical that insurers ought not to offer an indemnity where any claim results from breach of a mandatory requirement. Is that true in any legal sense? And if not, why not? With the new emphasis upon perceived risk, would it not be useful if the insurance industry were to abandon those with a cavalier attitude to both the safety of other people and to… Read more »

Colin – you are partly right that the insurers ought not to provide cover where there has been a breach of a H&S law. If a breach leads to a criminal prosecution, then as a matter of public policy the insurer is not allowed to cover the criminal fine. That’s because it would undermine the criminal process if criminal punishments could be insured. However, for personal injury civil compensation claims insurers can still provide cover, regardless of whether H&S law has been breached. That’s the basis of all employer’s liability and public liability insurance and you can understand the public… Read more »

[…] SHP’s Simon Joyston-Bechal has written a very detailed article on the subject. Click the link to […]