Air ambulance teams have to operate in unfamiliar environments, thinking on their feet to provide treatment that could be the difference between life and death. Safety & Health Expo provided a look into how the charity rises to meet these challenges.

London’s Air Ambulance is called upon to “take the hospital to the roadside” for victims of London’s most serious and critical accidents and injuries. Designed to provide an immediate response, the charity generally has two doctors and a paramedic overhead within six minutes of a call, providing rapid treatment in the ‘golden hour’. 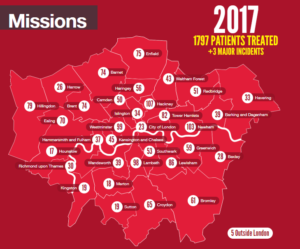 In 2017, the charity treated 1,797 patients across the Greater London area, including 412 falls from height, and is often called upon to attend rail incidents, industrial accidents and electrocutions.

The air ambulance has also been a part of the frontline response to the high-profile attacks in London Bridge and Westminster, the Croydon tram crash and the Grenfell Tower fire in the last 12 months alone.

Teams are often called upon to carry out serious, life-saving treatment, including open heart procedures, to save their patients.

To get as close as possible to incidents in order to provide this critical care, the London Air Ambulance helicopter is able to land within any area the size of a tennis court. Addressing the Safety & Health Expo 2018, the charity’s Deputy CEO and Chief Operating Officer, Charles Newitt, explained how this requires dynamic risk assessment.

The Air Ambulance can’t just have a selection of a hundred-or-so landing pads, as they never know where they might be needed, so must be able to quickly decide what spare space is suitable for landing. Manoeuvring in tight spaces across the English capital, pilots must consider natural factors like wind and fog risk, but also the safety of members of the public and the Air Ambulance team.

“We empower our pilots to make decisions with a finely tuned framework of specific items to do to make sure landing area is safe and clear of obstacles,” said Newitt.

The pilots can’t rely on police to clear a space for them, as they often arrive on the scene first, and as well as the environment on the ground there are hazards in the sky like the growing number of drones – almost impossible to spot for pilots – and cranes building London’s ever-evolving skyline. 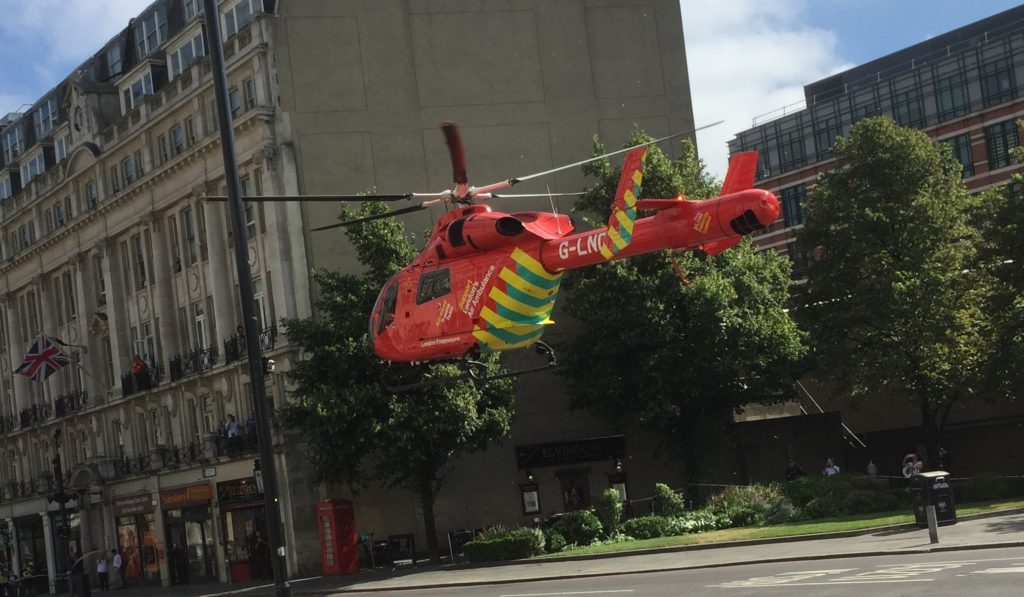 Air Ambulance crews can land in spaces just larger than a tennis court, vital in the hustle and bustle of central London (Photo: Edward Perchard)

Once they have landed, Air Ambulance crews must be able to react with flexibility to emergency situation. Chief Pilot, Neil Jeffers (below right) explained how the charity approaches training a high performance team.

“If any of my family are injured on the roadside in London, I would hope to apply the Olympic sprinter philosophy. This is a person who has trained for four years to do his job and knows exactly what he needs to do, and when he needs to do it.” And like an F1 pit crew, this team must be able to combine to do a series of tasks in a matter of seconds, with everyone in the right place at the right time to do the right thing. 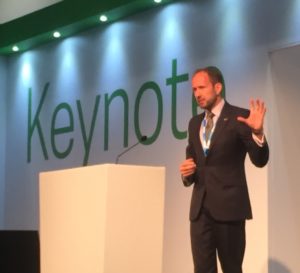 “In our line of work it’s very different. We don’t know what car is going to turn up, how many wheels it’s got, and more importantly the team members we have here on the ground, are team members that have just turned up, and who we have never met before.”

There are therefore a lot of complex human factors involved in the London Air Ambulance’s work. “We do a lot of human factors work, we use a concept called team resource management, which is a set of procedures that deliver to people in high-stakes environments, and we do a lot of simulations.”

This human factors work looks at bandwidth, considering that brains can get too full to concentrate on tasks; command gradient error, the relationship between junior and senior roles; and cognitive bias.

Bandwidth is represented by a model developed by psychologists Robert Yerkes and John Dodson in the early 20th century, describing the relationship between stimulation and performance. Jeffers explained: “If you’re not particularly busy, maybe you’re only using 20% of your available capacity, your reactions to respond are not as quick. At 30% your pattern recognition and scanning are not optimum. Our doctors and paramedics don’t suffer from this problem because as soon as they land they have a big cognitive load trying to decide what has happened and what they need to do.

“If you employ 80% of your bandwidth, this is optimum. This is where everything is going well, and this is what we struggle to get every doctor and paramedic to understand so that they can deliver when they’re on the ground. Because we know when you get to 100% bandwidth your brain is full, and that’s a bad thing to happen.”

You can read more about London Air Ambulance in SHP’s profile of the charity.

To raise money for this great charity, a team from SHP and Safety & Health Expo will be abseiling down the 17 floors from the London’s Air Ambulance helipad on the roof of the Royal London Hospital this September. Your support would be hugely appreciated. Please click the image below to donate. Thankyou.

London’s Air Ambulance: Training teams to operate in high pressure environments Air ambulance teams have to operate in unfamiliar environments, thinking on their feet to provide treatment that could be the difference between life and death. Safety & Health Expo provided a look into how the charity rises to meet these challenges.
Edward Perchard
SHP - Health and Safety News, Legislation, PPE, CPD and Resources