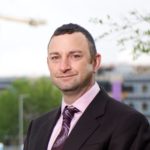 Dr Nick Bell is a Chartered Fellow of IOSH and a Fellow of the International Institute of Risk and Safety Management. Nick supports Principal Designers and construction Clients to comply with the Construction (Design and Management) Regulations 2015 (CDM). He delivers accredited CDM training and has been advising on construction projects up to £3.2bn in value.. In October 2018 Nick successfully defended his PhD thesis in which he examined the association between worker engagement and behaviour.  His work has attracted interest from across the globe.  He is now Managing Director of Workfulness Ltd and continues his CDM-related work.
December 11, 2019

A tangled path into health and safety

The foundations of my path into health and safety were laid as a teenager. The Duke of Edinburgh’s scheme kindled some sense of civic duty. I spent school holidays volunteering with a charity providing services to children with disabilities (as the DofE scheme requires participants to undertake community service) and became a mentor for younger members of the scheme, teaching basic skills in map reading, camp craft and first aid. 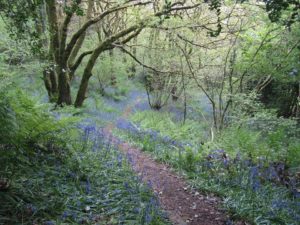 After leaving school I began studying Neuroscience in Preston. I found the workings of the human mind more interesting than how it is physically and chemically wired up so in the second year switched to a Psychology degree. I also spent time hanging around with goths, fencing and playing dungeons and dragons.

After graduation, I juggled two jobs as a youth worker and residential social worker (working in a children’s home) during which time I self-funded a certificate in counselling skills.

After a couple of years, in 1995, I applied to train as a social worker which took me off to Sheffield. I balanced studies with historical re-enactment combat (my sword still has pride of place at home). I had long hair back then.

With a shiny new Diploma in Social Work (and a battered sword) tucked under my belt, I became a Probation Officer in one of the Probation Services in South Wales. After a few years I joined a Public Protection Unit. This was a challenging time as my case load was high risk offenders (murderers and sex offenders). I visited prisons across the UK and undertook intensive training to deliver groupwork sessions, based on cognitive behavioural theory, giving me the foundation of the training skills that I use to this day.

The first steps into health and safety

In the early 2000’s an opportunity arose to join the Facilities team in the Probation service as a health and safety advisor (with the condition that I continued delivering the groupwork sessions). I saw it as an opportunity to find some emotional breathing space.

My employer and I were equally naïve in assuming that because I could assess the risks posed by offenders, I would be able to assess health and safety risks.

Despite the apparent disconnect between the two halves of my career, I see health and safety as a caring profession and a continuation of my commitment to civic service. The lessons I learned about human motivation, perception, capability and frailty have made me a rounded health and safety professional.

Thus, I took the leap of faith into a brand-new career. Within days I was floundering.

It was only once I commenced my NEBOSH Certificate that I started to understand what the role involved. I gained more confidence and competence while completing my NEBOSH Diploma (achieving the best marks in the UK for Unit A). Eventually, I got my head around health and safety in the small Probation Service (of approximately 250 staff).

In 2006, as the winds of privatisation were blowing, I left the Ministry of Justice and bounced between a few health and safety jobs. These exposed me to the fascinating and challenging world of health and safety in construction.

I became a Chartered member of IOSH and self-funded a Masters Degree and environmental qualifications. I began writing articles for SHP and made other voluntary commitments for the profession (such as training and serving as a mentor for IOSH).

The satisfaction that I derived from work and these extra activities kept my feet from itching for more than four years. During a holiday, while passing through Salzburg airport, I saw a huge poster for a global insurer. A woman, who was a risk consultant for the insurer, was sat in a helicopter. Over her shoulder, in the background, was an oil rig. “That’s the job for me”, I thought. After joining the insurer in 2012, I found out that it wasn’t.

In 2013 I embarked on my PhD (another self-funded venture) to make up for the lack of stimulation in work and in 2014 I became self-employed. I thoroughly enjoy this way of making a living and making a difference (as I have described in various articles).

I completed my PhD in 2018, which synthesised the two strands of my career: psychology and health and safety. I am now a Chartered Fellow of IOSH, a Chartered Psychologist and an Honorary Principal Lecturer at Cardiff Metropolitan University. Slowly my career is shifting towards training and consultancy in the fields of worker wellbeing and engagement and I’m fascinated to see where it’s taking me.

‘I like being challenged, I use it as an opportunity to learn and share my knowledge with others,’ SHP meets Shari Bowen

The importance of establishing good relationships in safety