Many companies are embracing zero harm initiatives, however few are aware of how tribes can form in an organisation, forming disparate, uncommunicative groups, which makes ‘zero’ harder to envisage. Mark Ormond and Clare Soloman explain. 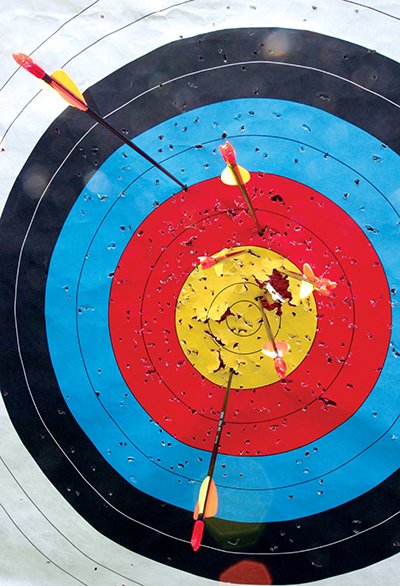 Over the last few years there’s been an explosion of zero harm health and safety campaigns. Wherever you look ‘zero’ is emblazoned on branded posters, mouse mats, PPE, pocket cards, badges, vans and site billboards. It’s fine to aspire to a future where no one gets hurt but the message is now so ubiquitous that the whole idea of zero risks becoming the only thing anyone associates with safety.

Unfortunately, this is a classic example  of style over substance. The last 15 years in health and safety has shown us that the chance of achieving zero harm by focusing all your energy on the zero message is close to, well, zero. Organisations that focus solely on zero as a target ultimately fall short: their health and safety performance hits an unbreakable plateau, goes backwards, or even suffers a major incident, often described as ‘unforeseen’ by everyone involved.

Solving the zero harm conundrum
When you roll out any kind of all-encompassing and non-negotiable goal- like zero, what you risk doing is assuming your organisation is one, big, happy family, made up of people who are content to work towards a common goal with the requisite awareness and knowledge of how to work together to achieve it.

Sadly, reality isn’t like that. What you   must recognise is most organisations are less ‘happy family’ and more groups of tribes who have agreed an uneasy truce for the sake of day-to-day progress.

You can see these tribes everywhere. Think about the different groups in your business: operations, engineering, sales staff, contractors, supervisors, cleaners, logistics, outsourced IT. The list goes on, but all of them have their own ways of working, their own ‘languages’ and their own priorities, which govern how and why they behave the way they do.

Tribes are self-interested by nature too, so one of the toughest challenges you face is getting them to operate and interface with each other at different levels. Often they interact according to unwritten rules, which allow each distinct group to simply ‘get on with the job at hand’. Yet when a crisis hits, the ineffective and unhelpful nature of these rules becomes entirely self-evident.

Tribes on the London Underground
Let’s go back to London in November 1987. It’s a Thursday evening commute at King’s Cross underground station. In 1987, King’s Cross was (and still is) one of London’s busiest commuter stations with 250,000 passengers passing through the station each day, with over 100,000 of these during the evening commute alone.

If you were one of the 19,000 employees who worked for London Underground at the time, you knew exactly which tribe you belonged to. The engineering directorate ultimately ran things, with operations running the railway on its behalf. It’s said that the engineers saw operations as a group of ‘worthy but less accomplished people’.

The engineering directorate itself was split into even more tribes led by ‘four barons’: the chiefs of civil, signals, electrical and mechanical engineering.

The prevailing cultural attitude was that each division and directorate didn’t tread on another’s toes, so you worked in isolation. It was so tribal that there wasn’t even a complete organisational chart that accurately described the structure of the business.

Thankfully, we have the benefit of Charles Duhigg’s excellent synopsis of the history and politics of the London Underground [1] in 1987, otherwise this case study would be an article in itself.

From a safety perspective, things  were equally complex and alarming: the engineering directorate assumed the operations directorate would manage its own risks and effectively left them to it. Even more alarmingly, up until 1987 this actually worked quite well because despite over 400 reported fires since the end of World War Two, there were only four passenger fatalities in over 25 billion passenger journeys.

On the evening of 18 November 1987, however, things took a turn for the worse. A crisis ensued and those ineffective and unhelpful tribal behaviours meant that a major fire on the Piccadilly line escalator killed 31 people and injured hundreds of others.

Here’s how tribal behaviour contributed to the devastation:
* A passenger reported the fire to a ticket inspector. He simply put out the burning tissue because it was beyond his authorisation to raise the alarm to the department whose responsibility it was, and he wasn’t supposed to tread on anyone’s toes.
* Fifteen minutes later a report went to the King’s Cross safety inspector from another passenger who saw smoke. He didn’t want to do anything until he had properly investigated it because of an unwritten rule that the fire department shouldn’t be contacted unless absolutely necessary.
* This same safety investigator eventually found the blaze but completely ignored the sprinkler system that had been installed to deal with it. A different department had installed it and his department had not been trained on how to use it. One exacerbating factor behind the eventual flashover point of the fire was that no water extinguishers had been used by anyone at the station.
* Another significant exacerbating factor behind the flashover point was multiple layers of paint within the tunnels. New coats were simply painted over, rather than old paint being scraped off. This risk was raised with the maintenance department, but because someone outside that department raised it, it was politely ignored.
* Communication was so poor between staff that eventually it was a policeman who reported the blaze to the fire brigade. Unfortunately, radios didn’t work underground so it took 22 minutes from the first report for the fire brigade to get the message: “small fire at King’s Cross”, then it took another eight minutes for the fire brigade to arrive.
* Trains were still being sent through the tunnels, dropping passengers into smoke and flames 33 minutes after the burning tissue was originally reported. Official policy was to avoid tardiness so information still wasn’t being exchanged effectively. Trains were now acting like giant bellows, sending oxygen through the tunnels and driving the fire towards its flashover point.
* Eventually, all these factors conspired to allow the fire to rush up the Piccadilly line escalator and into the ticketing hall, incinerating everything in its path. Thirty-one people were killed and hundreds of others were injured.

Where this fits with zero
What leaders don’t realise is that zero is a target rather than a vision. And as such, it’s an incentive for tribes to compete with each other to achieve it. That means shortcuts and cover-ups, which drive the (often inconvenient) information you need about near-misses and incidents out of sight. Remember, tribes are self-interested and they behave the way they do to get the job done, at all costs.

It then becomes a vicious circle. As opportunities to learn disappear, it gets harder to improve safety performance. The zero message gets reiterated ever more firmly, and tribes become ever more target- driven in increasingly destructive ways.

To counter this, you must carefully overcome these tribal divisions with better engagement:
* Reframe zero: it’s fine to aim for, but it’s not helpful as a message in itself. For tribes to work together effectively towards zero, they must understand what you mean, why it’s important and what they need to do to achieve it. Promote those behaviours and activities explicitly as headlines, instead of slogans like ‘Zero 365’ or ‘Zero Harm’.
* Sit down and talk to people: work out what causes divisions between people and which tribes wield power where. We regularly undertake culture assessments using this interview process with surprising results when you actually talk to people face-to-face rather than rely on the ‘survey monkey’ approach.
* Build message bridges between tribes: find messages that bring them together. For our work with BAE Systems we created the headline message ‘Start Safe, Talk Safe, Home Safe’ which reinforced the mindset we wanted people to take, and what we wanted them to do – engage with each other. We know more engagement means better safety (and eventually zero injuries), so we emphasised the importance of conversation in what people need to do to achieve it. At BAE Systems this engagement-led approach has led to an eradication of major injuries and an over 80 per cent reduction in lost-time injuries.
* Reinforce these key message bridges: build tools, initiatives and working practices that bring people together under that unified banner. All sorts of elements can be appropriate and even fun, so don’t hold back.
We’ve made DVDs, workshops, games, interactive presentations and even social media tools to engage disparate tribes. With the right technology we’re now also able to use the greater engagement we have to predict where accidents might happen, and prevent them before they do.
* Bring it all together with champions: these are your advocates on the front- line who use these tools and training to strengthen your bridges, build links and unite different tribes.

How to stand out safely this winter

This is a very good article, but I really don’t see the relevance to “zero harm”. It is all about organisations working as a collective to achieve a positive safety culture. The Kings Cross disaster identified the organisational and cultural problems of a complex company. they still exist in larger organisations across the world. Even the example of BAE, highlights their failure to achieve this Nirvana state of zero harm. Many people, including myself, have commented on the other zero harm article and all sensible and those H&S professionals working in higher risk industries (underground mining for me) accept it… Read more »