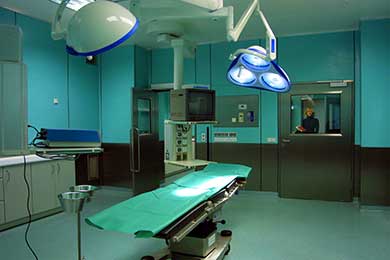 A leaked report has revealed “safety shortcuts” in operating theatres at a children’s hospital in Liverpool.
The internal report, which was passed to Channel 4 News, describes ongoing concerns about safety within Alder Hey Children’s hospital, with particular regard to the operating theatre departments.
The report, prepared by Gill Core, director of nursing, was presented to the trust board in December. It says that safety shortcuts have created high-risk activity, as well as limited reporting of incidents.
Scrub suits in the operating theatres are described as “scrubby and mismatched” within the report, with complaints that the working environment is “not welcoming or child friendly”.
Additionally, the report identifies individuals as having reported the working environment of the hospital as “hostile” with “numerous examples of staff feeling pressurised to undertake activities they do not believe are safe.”
The report added: “The perception of mistrust of management and the board is such that there is a widespread feeling of hopelessness that change will never be achieved.”
Although Core’s report acknowledges the efforts that staff make to deliver the best possible service and the highest standard of care, it also said: “Staff have adopted some high risk practices in order to avoid cancellations; whilst safe outcomes have been maintained, the level of risk is such that urgent action needs to be implemented to avoid an adverse outcome of serious incident.”
In a statement, trust chairman Sir David Henshaw acknowledged the difficulties within the theatre team, saying: “Over the past year we have undertaken a range of measure to address these and make changes within the department.
“We recognise that changes to the culture of the department may take time and therefore we have made a long term commitment to supporting the team.”
In his statement he said there were new protocols around staffing, equipment checklists had been strengthened and new scrub suits had been bought.
The Care Quality Commission made an unannounced inspection of the hospital in December after being directly approached by theatre staff. Its report is due to be published soon.

Nurses injured by sharps at risk of psychiatric trauma