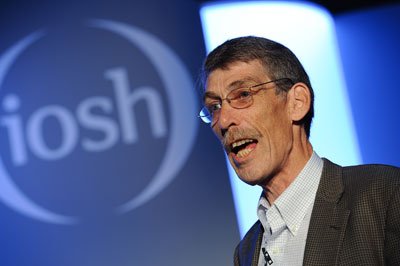 Poor safety leadership is the primary cause of weakness in a safety culture, Dr Dominic Cooper told delegates at IOSH 2014 this morning (18 June).

Dr Cooper, who has been researching the impact of safety leadership on safety performance since the mid-1990s, said that in most cases a safety culture and safety leadership came from the executive leadership team and the management team. Usually, they know what they want to achieve, he added.

“But for a variety of reasons, if you look back at all of the process safety disasters, ineffective safety leadership is the biggest blockage to safety in most companies,” he said.

“Our research shows that it can be anywhere from 35% to 86%,” he told delegates. “We have been doing studies over two years and we’ve got 1,500-1,600 people doing observations every single day, we take the data; we’ve been collecting data on what the management do, we run correlations between the two  and we do multiple reductions; and we can work out the input. It’s 86%.”

He also said that effective leadership reduced loss time and minor injury frequency rates. The average over the last 20 years from his research, he argued, was around 35%.

Another benefit, he said, was better business continuity, which increases productivity by an average of 12%.

“I have been in different companies and we’ve been able to improve productivity by tracking one person’s unsafe behaviour, looked at what’s in the process, what’s driving that unsafe behaviour, finding out what it is, fixing it and suddenly your reject rate is down to zero,” he argued. “There are a lot of benefits in this.”

Effective safety leadership also reduces insurance premiums, he told delegates, roughly by about 30%. “There is big money in this,” he pointed out.

Dr Cooper told delegates that it also improved the standing and reputation among a company’s suppliers, clients and partners.

“The oil and gas industry uses your safety performance for the last 10 years or so as an indicator as to whether you are even going to be taken on-board as a contractor, even if you make the grade to be considered,” he said.

Effective leadership, he concluded, leads to all-round economic performance. “If you get safety under control, and you do safety well, you tend to do operations well,” he argued.

“Equally, if you do operations well, you tend to safety well. There is a high correlation between the two. When HSE talk about good safety being good business, there is a lot of research underneath that supports what they are saying.”